Joel Edgerton.  Man, what a good actor he is and how I loved interviewing him when the under-promoted and under-appreciated sci-fi thriller MIDNIGHT SPECIAL opened.  I wasn't too keen on the how director Baz Luhrmann overstuffed his 2013 version of THE GREAT GATSBY starring Leonardo Di Caprio in the lead role.  Luhrmann's sort of "size queen" style of direction got in the way of the story.  However, I would have campaigned to get Joel Edgerton a Best Supporting Actor Oscar nomination for his portrayal of the rich and brutish bigot, Tom Buchanan.  Before that, Joel Edgerton made me laugh in the British comedy that became a hit Broadway musical comedy.  He played Charlie, the young man who inherits a failing shoe factory he doesn't want.  But a local transvestite cabaret performer helps him turn the factory's business around with...KINKY BOOTS.  That's the name of the original movie and the Broadway show.  In KINKY BOOTS, THE GREAT GATSBY and MIDNIGHT SPECIAL, we see three distinct and different performances from this actor. 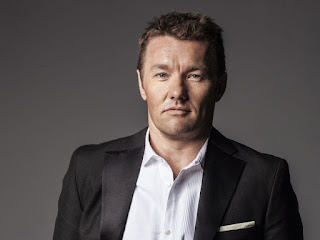 Friday morning, Joel Edgerton and his LOVING co-star, Ruth Negga, were guests in the third hour of TODAY on NBC.  The hosts had seen the film.  One host was not aware of the landmark Supreme Court ruling that put the Lovings in the American history books. Edgerton, an Australian, knew all about it. 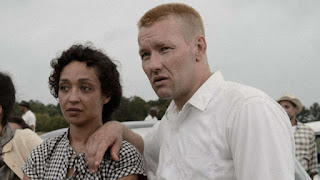 My parents made me aware of the story but the time I'd started middle school.  My parents adored singer/actress Lena Horne.  My love of classic films had already started way back then.  I was fascinated to learn that Lena Horne was married to a major figure in MGM's acclaimed Freed Unit that made many of the studio's A-list musicals.  She was married to musician, arranger, composer and conductor Lennie Hayton.  He was white.  You see his name in the opening credits of THE HARVEY GIRLS and THE PIRATE starring Judy Garland plus ON THE TOWN and SINGIN' IN THE RAIN starring Gene Kelly.  Lena and Lennie both worked at MGM in Hollywood in the 1940s 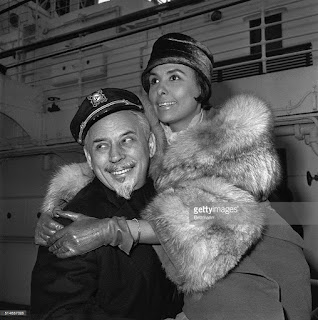 I read in a book Mom and Dad had that Lena and Lennie married in Paris.  To adolescent me, that seemed so romantic, so sophisticated. 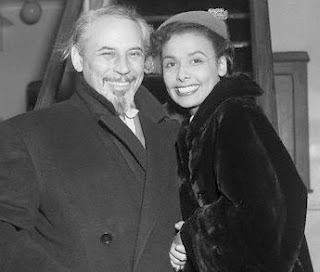 Then Mom said that it was probably easier for them to get married in Paris because interracial marriage was still illegal in several American states when they were married.

That was indeed what Mom meant.  It was then my parents taught me about Mr. & Mrs. Loving, an interracial couple that served jail time for falling in love and getting married.  This was in the 1950s.  Not the 1850s.  The 1950s.  The Lovings took their case to the Supreme Court and, in the 1960s, interracial marriage became legal all across the U.S.A.


Mom said a number of times, "You could just tell how much that man loved her by the way he looked at her."  I saw these photos in my youth back home in Los Angeles.  They still touch my heart. 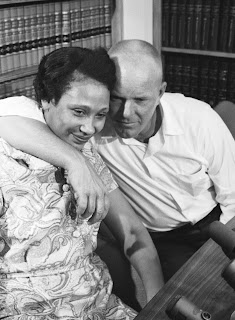 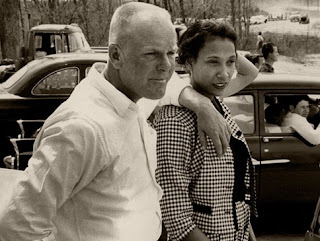 Here's a trailer from the film about Richard and Mildred Loving.  The film is called LOVING.