From Joan Fontaine to Tyler Perry

On this day in history, Oct. 22nd.  The late Oscar-winner Joan Fontaine was born on this day in history.  Her classic films make up a list that includes Alfred Hitchcock's REBECCA and SUSPICION (Best Actress of 1941 Oscar), JANE EYRE, THE CONSTANT NYMPH, IVY, FRENCHMAN'S CREEK and LETTER FROM AN UNKNOWN WOMAN. 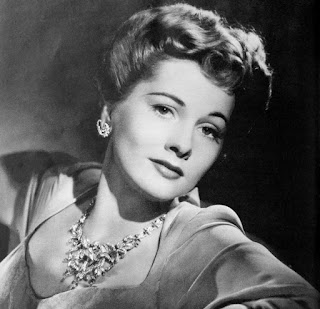 Did you know that Joan Fontaine received racial hate mail?  In the glossy 1957 release from 20th Century Fox, ISLAND IN THE SUN, she's part of an ensemble cast that included James Mason, Stephen Boyd and Joan Collins.  Fontaine's romantic lead in this modern drama was Harry Belafonte.  Also in the cast was Dorothy Dandridge whose previous big release, 1954's CARMEN JONES, made her the first black woman to be an Oscar nominee for Best Actress.  Fontaine got racial hate mail for daring to be young, handsome Harry Belafonte's leading lady.  That is just a sin and a shame, as my mother would say.  Brava to Joan Fontaine for taking the role.  She and Harry Belafonte were quite good together too.

On October 22nd in 1999, THE BEST MAN opened.  This was a good entertaining movie with black lead actors and actresses. Taye Diggs, Morris Chestnut, Nia Long and Terrence Howard star.  It was written and directed by Malcolm D. Lee, a filmmaker related to Spike Lee.  Terrence Howard is in the middle of the photo. 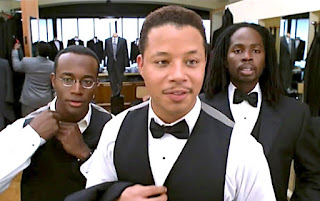 An author's first novel gets picked by Oprah's Book Club and starts to hit the best-seller lists.  His girlfriend wants more a commitment. He's the best man at a friend's wedding.  The writer and his friends hang out before the wedding and go sort of " The Breakfast Club" discussing feelings and such.  It's a bright, enjoyable movie.  Click onto this link to see a trailer:  https://youtu.be/GqfvBojU0h4.

I reviewed THE BEST MAN on national TV.  OK, not to sound pompous, but I am very proud of the fact that I've been one of the few black people to be a weekly movie critic/film historian on a network program.  As I've written before, the field of film critics on local and network TV shows has been a predominantly white boys club.  I was proud to talk about THE BEST MAN.  It's not a great film but it was great to see a lead black character who was a novelist.  It was also great to see him get together with his other black male buddies and get real talking about their problems and life in general.  They talked it all out.  No gunfire, no killings, no cop cars pulling up.

Terrence Howard would go on his lead role in that 1999 film to get an Best Actor Oscar nomination for 2005's HUSTLE & FLOW.  He now stars on the hot TV series, EMPIRE.

Tyler Perry's new movie, BOO! A MADEA HALLOWEEN, opened this weekend.  Click onto this link to see a trailer:  https://youtu.be/G9-VHtJvPNs.

Have I seen Tyler Perry as Madea movies?  Yes.  Have I laughed? A lot.  As a movie critic on TV, Tyler Perry frustrated me occupationally.  And I wasn't the only one.  His early movies got no attention for the well-known white critics in print and on TV.  Most of us black and Latino folks who wanted to review films on TV had a tough time breaking through that color wall in broadcast newsrooms.  We'd get called up for TV duty in February because it was Black History Month.  But, after that, the paying upscale gigs of reviewing movies like THE HELP, THE BUTLER and 12 YEARS A SLAVE went to guys like Rex Reed.

Tyler Perry stopped making his films available for preview for the critics because the white dudes passed on reviewing them.  But we black and brown folks would have attended the previews!  Nonetheless, we understood.

Now Tyler Perry is a multi-millionaire actor/filmmaker who has done to the field of Caucasian critics what Michael Jackson did to MTV when black artists got scant exposure in the slate of music videos.  Then Michael Jackson became so huge and so globally famous that MTV looked out-of-touch not to give his groundbreaking music videos airtime.

This morning, I felt like a Tyler Perry character who would've clutched her pearls and shouted with glee, "Noxzeema, girl, get in here!  Glenn Kenny done reviewed the new Tyler Perry movie in the Arts & Crafts section of The New York Times!  Hallelu-yer!"

Yes.  BOO! A MADEA HALLOWEEN was reviewed in The New York Times, The Los Angeles Times and in Great Britain's The Guardian.

Which brings me back to THE BEST MAN, Terrence Howard and a review he got on NPR and on CBS SUNDAY MORNING from David Edelstein.  It shows that white film journalists had pretty much overlooked black programming, films and actors.  Howard had a key supporting role as a music student opposite Richard Dreyfuss in 1995's MR. HOLLAND'S OPUS.  In TV biopics from 1992 to 2001, he played one of The Jackson Five in a mini-series on The Jacksons, he played young boxing champ Muhammad Ali and he played Ralph Abernathy.  Abernathy was a Civil Rights leader and one of Dr. Martin Luther King's best friends.  Howard played Ralph Abernathy in TV biopic about Dr. King set in the early days of King's Civil Rights movement.  Howard had a very important role in the  2000 summertime hit comedy, BIG MOMMA'S HOUSE starring Martin Lawrence.

But when David Edelstein gave him a rave review for HUSTLE & FLOW, he must not have known all that.  He hailed Terrence as a new actor who was... "like a young Samuel L. Jackson." 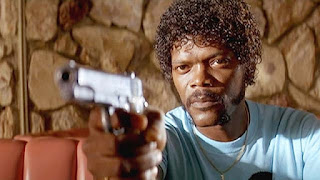 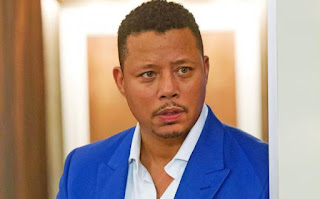 This is why I push for diversity and inclusion.  Hope you liked those film facts for this day in history.  See you at the movies.