Hattie McDaniel and Rita Moreno.  Both were trailblazing women in onscreen performances that earned them an Oscar for Best Supporting Actress.  On Tuesday night, October 18th, you can see them work on TCM.  Rita Moreno will converse with actress, producer, director, film historian and all-around totally cool dame Illeana Douglas for this month's fascinating look at Trailblazing Women in Film.  If you don't get to watch TCM, you can still see these two films as they are available on DVD.  Both films have a strong core of racial inequality in their story lines.  Let's start with the pair that pairs Hattie McDaniel again with GONE WITH THE WIND co-star, Olivia de Havilland.  The movie is called IN THIS OUR LIFE.  This 1942 drama starred Bette Davis as a bad sister and de Havilland as her good sister.  The bad sister is out to steal her good sister's man.  Underneath that relative bitchiness is a modern-day statement on race.  The career of Hattie McDaniel was also a modern-day statement on race. 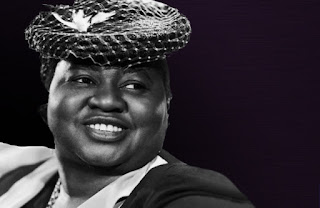 The films in which Hattie McDaniel and Olivia de Havilland both appeared show the breakthrough talent, career achievement and career limitations of McDaniel as a gifted black actress in old Hollywood during the days of the Production Code and before the Civil Rights movement. 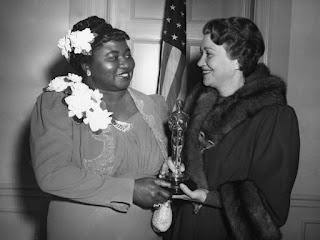 Hattie McDaniel was one of the most charismatic actresses in Hollywood of the 1930s & 40s.  Even in bit parts in movies starring Carole Lombard and Mae West, movies in Hattie had only one or two lines, she stood out.  Your eye went to her when she had bigger than bit parts opposite Hollywood heavyweights such as Bette Davis, Jean Harlow, Clark Gable, Katharine Hepburn, Henry Fonda, Marlene Dietrich, Claudette Colbert and James Cagney.  In GONE WITH THE WIND, you've got to admit that Vivien Leigh gave a riveting performance as Scarlett O'Hara. She dominated the screen.  However, the only actor in the cast who can pull focus from Vivien Leigh in a scene is Hattie McDaniel as "Mammy," the all-wise house servant in that Civil War epic.  For 1939's GONE WITH THE WIND, Hattie McDaniel became the first African American nominated for an Oscar and the first to win it.  Ethel Waters would be the second African American nominated for an Oscar.  She too would be in the Best Supporting Actress competition, nominated for 1949's PINKY.

If you've seen GONE WITH THE WIND, remember the heartbreaking staircase scene with Hattie McDaniel and Olivia de Havilland?  I'm sure that's the scene that got Hattie the Oscar.  It looks simple onscreen, but it's very complicated.  It looks to be just two grief-stricken women walking up a long staircase as one woman tells the other of all the recent tragedies that befell the household in which she works.  But Hattie has a lot of dialogue in that scene and her character must be emotionally heavy as she delivers it.  The two actresses have specific marks to hit as they ascend the staircase, marks to hit for the technical aspects such as lighting and camera angles.  Hattie McDaniel deserved that Oscar.

But Hattie McDaniel was black.  Would a top Hollywood studio give her a script based on the life of humanitarian, educator and activist Mary McLeod Bethune, a woman who was an advisor to President Franklin D. Roosevelt? 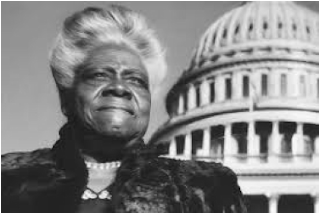 No.  She played maids again and again.  Her other films that also featured Olivia de Havilland highlight her range and limited opportunities due to race.  In 1941's historical western, THEY DIED WITH THEIR BOOTS ON, one of the several films in which de Havilland was leading lady to Errol Flynn, the two actresses have a funny scene together. McDaniel is a maid and de Havilland is the woman who loves Calvary commander George Custer. The two actresses again have nice chemistry together.  1942's modern day comedy THE MALE ANIMAL irritates me in the thankless, stereotypical maid role given to Hattie.  The movie stars Olivia de Havilland, Henry Fonda, Jack Carson and Joan Leslie.  The only one in the cast who's won an Oscar is Hattie McDaniel.  However, when all five of those stars are in a scene, she has short lines like "Yes'm, I'll get the door."  She's the maid to de Havilland's character.  The script did nothing to utilize Hattie's Oscar winning skills or her chemistry with de Havilland.  That same year, 1942, came the drama IN THIS OUR LIFE.  This film gave the black actress her best role since GONE WITH THE WIND.  She's a modern day maid and a single working mother.  She's Minerva, the housekeeper for the two sisters. 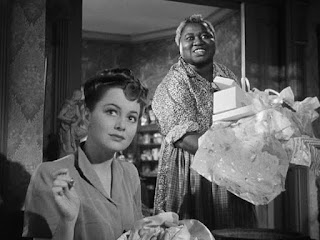 Minerva has a grown son, a serious student has who made his mother proud.  He has a day job and goes to school at night.  He wants to become a lawyer.  The bad sister, played by Bette, get a few drinks in her, gets behind the wheel, then causes a hit-and-run fatality.  She blames the crime on Minerva's innocent son.  He's jailed. 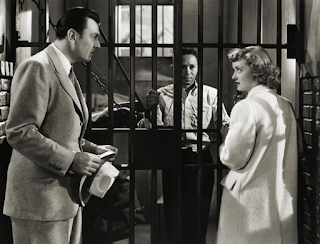 This may sound like soap opera but remember the Susan Smith national news story of 1995?  She's the white woman, a mother of two, who claimed that her two children had been kidnapped by a black man who carjacked her vehicle. The country believed her and sought the man -- until it was discovered she'd liked and killed her own children.  Hattie's scene with Olivia is strong.  There's no slavery in America, like in GONE WITH THE WIND, but black people are still not equals. Pay attention to the opening shots of the film.  There's activity on a loading dock.  At one point, the screen appears divided in the middle. We see white male workers on top. The black men are underneath.  Minerva knows the cost of being black.  She knows how serious it is to claim that a white person is lying. But she's a hardworking mother who loves her son.

The script to that John Huston film brought something new and significant to the black maid role in a 1940s Hollywood movie.

In 1943's THANK YOUR LUCKY STARS, Hattie McDaniel and Olivia de Havilland don't have a scene together but they are both stand-outs in this all-star musical comedy from Warner Brothers.  It's a wartime feature meant to showcase the studio's stars appearing as themselves and putting on a show.  Olivia de Havilland does a lively jitterbug number with Ida Lupino.  Hattie is a hit singing "Ice Cold Katie" in a 1940s swing number with a military angle.  It's one of the best numbers in the movie.

The next and last time Hattie got a significant musical assignment in a movie was in a 1946 Disney movie.  She was a mammy again.  A plantation mammy singing the upbeat tune, "Sooner or Later," as she cooked in the kitchen.  In that movie too, she displayed major charisma and a solid screen acting skills.

Rita Moreno proved that she could do more than play fiery Latina roles.  We see her in 1952's MGM classic SINGIN' IN THE RAIN and as Tuptin in 1956's THE KING AND I.  She does a knock-out send-up of Marilyn Monroe in the 1956 comedy THE LIEUTENANT WORE SKIRTS.  Then came the successful movie version of the hit Broadway musical drama, WEST SIDE STORY.  She played Anita in this reworking of Shakespeare's Romeo and Juliet with rival gangs in a racial turf war in urban Manhattan.  It's whites versus the Puerto Ricans. 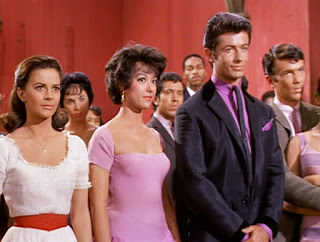 WEST SIDE STORY was the big winner on Oscar, taking a number of awards including Best Picture, Best Supporting Actor and Best Supporting Actress.  Rita Moreno was the first Puerto Rican actress to win an Oscar for playing a Puerto Rican character.  She lights up the screen with all that talent -- she's funny, serious, she sings and she dances. 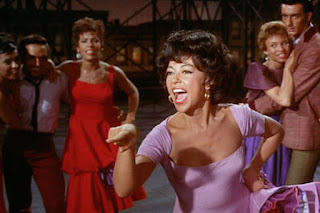 But just like with Hattie McDaniel, other Hollywood scripts with roles for her as good as the one that earned her an Oscar were not plentiful.  She turned to television and to Broadway.

You know Dorothy Dandridge was also a trailblazer.  She was the first black woman to be nominated for the Best Actress Academy Award.  She was up against Judy Garland for 1954's A STAR IS BORN and Grace Kelly in THE COUNTRY GIRL for her performance as CARMEN JONES, an all-black musical update of the opera CARMEN by Bizet.  Dorothy Dandridge burns up the screen in CARMEN JONES.  Although she slammed across a performance that made Oscar history with her nomination and she was one gorgeous, talented actress, she was black.  The next big offer she got, I read, was to play Tuptim in THE KING AND I.  Dandridge passed on the supporting role and it went to Rita Moreno.  Dandridge's next lead role in a major Hollywood film was also her last film.  Again, she displayed solid dramatic skills, glamour and charisma in another musical drama.  She had the lead in 1959's PORGY AND BESS.  Think about it.  A breakthrough performance that made her a Best Actress of 1954 Oscar nominee, then no lead role in another Hollywood film until 1959 because of the color barrier.

Like Hattie McDaniel, Rita won an Oscar for Best Supporting Actress -- and it was the only Oscar nomination she and Hattie received.  With all that talent.  I'd love to see Rita get a really juicy movie script that puts her again in the running for some Hollywood gold.

IN THIS OUR LIFE airs at 8p Eastern on TCM on Tuesday, Oct. 18th followed by WEST SIDE STORY.

Here's to TRAILBLAZING WOMEN IN FILM.