The second season of the THE RANCH, a sitcom on Netflix, starts Friday, October 7th.  Ashton Kutcher, who has a couple of hit sitcoms under his belt already, is the star of this new rurual show.  It's no surprise to see him in another sitcom.  It is a major surprise that this cattle dung called THE RANCH got picked up for a second season.  Basically, it's about grown young adults whose careers didn't pan out.  They wind up living at home again with a parent.  And a sibling.  Kutcher plays the football player who didn't quite become a top NFL star.  He returns home to country living on his dad's ranch with his dad and his brother.

I watched episodes of the first season.  That viewing falls in this category: "Two Hours of My Life That I Will Never Get Back."  The writing was stale and bland.  Honestly, a high school class could have composed a smarter, funnier script.  Just because it's Netflix and just because a young handsome actor can say the word "vagina" more than once as a punchline, doesn't automatically make the show funny. 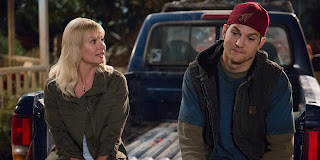 Being "edgy" doesn't always make us laugh.  It's often a substitute for true wit.  But acting is not a steady weekday 9 to 5 job -- and actors need work.  Especially actors in the AARP category.  Sam Elliott is one such actor.  He's absolutely fine playing the no-nonsense, conservative country dad.  He and their mother are separated.  He's not he character counted on to lob off the edgy punchlines. 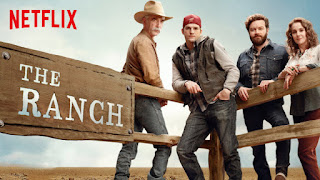 There's a character that I liked very much and I kept thinking to myself, "Wow...they should use this mature woman more instead of making us focus on the ex-football player trying to get laid." The character is the mother of the two grown brothers.  I looked at the actress some more and then said aloud, "Holy cats, it's Debra Winger!"  Yes. It's Debra Winger who was one of the best and strongest new actresses to come along in the 1980s.  She fascinated us with her intelligent, working class performances in AN OFFICER AND A GENTLEMAN, URBAN COWBOY and my favorite, TERMS OF ENDEARMENT.  She got three Oscar nominations for Best Actress.  The third one came for 1993's SHADOWLANDS.

Debra Winger was in that stinky cheese first season of THE RANCH.  Her performance was the best thing about sitting through those episodes. She is still fascinating to watch. 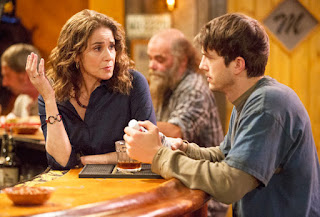 I've seen no press about her.  Ashton Kutcher did a guest appearance on the Thursday, Oct. 6th TODAY Show on NBC.  We saw clips from the first season but we didn't see Debra Winger in any of the footage nor did Kutcher mention her name and Sam Elliott's. 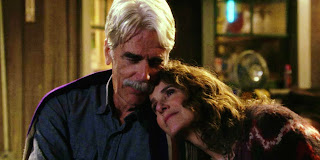 For all involved, I hope THE RANCH has new writers for the new season.  And better material for the gifted Debra Winger.  I've missed her. 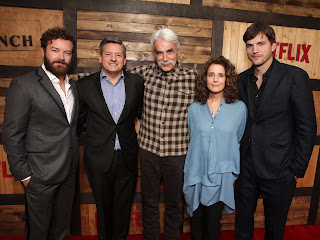