According to The Los Angeles Times, the new independent film from Barry Jenkins "is a stunning portrait of young, black gay life."  Its longtime critic Kenneth Turan wrote:  MOONLIGHT is magic.  So intimate you feel like you're trespassing on its characters souls, so transcendent it's made visual and emotional poetry out of intensely painful experience..." 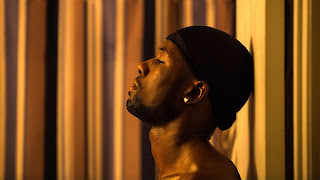 That glowing review of MOONLIGHT is one of several rave reviews I've read for this film.  If you're on Twitter, you can read the rest of the review by following @latimesent and find it in The Los Angeles Times Entertainment timeline. 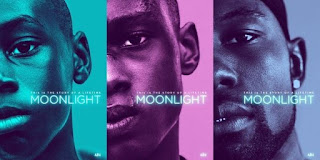 The movie takes us to the tough streets of Miami in the 1980s.  One of its characters is Juan, a drug dealer, played by the exceptional Mahershala Ali.  His name may not be familiar but you'll say "Oh, that guy!" when you see his face.  He got an Emmy nomination for his excellent work on HOUSE OF CARDS starring Kevin Spacey.  He delivered the best performance in this year's FREE STATE OF JONES starring Matthew McConaughey.

I'm eager to see this film.  Being black and gay can make you feel like a double outsiders.  You're excluded in areas of society because of race.  Then family and other members of your race can exclude you because your gay.  THEN...you can be excluded within your own gay community because of being black.  Back in the day of newspaper and early online personal ads, "GWM Seeks Same" was code for "Blacks Need Not Apply."  "GWM" stood for "Gay White Male."  But that's another topic and I don't want to take the attention off MOONLIGHT.

Click on this link and watch trailer for the acclaimed new movie that I definitely will go to see:
https://youtu.be/Wp0gjj2Rjiw.