I hope you like my interview of two fine actors in the provocative new drama series, OUTSIDERS.  Veteran actor David Morse has very recognizable face from TV and film work.  A mighty fine actor, his film credits include Contact, The Green Mile, Disturbia, The Hurt Locker and Concussion.  Now Morse takes on the role of Big Foster, the fierce father figure eager for his mother to kick the bucket so he can assume power as leader of the Farrell Clan. 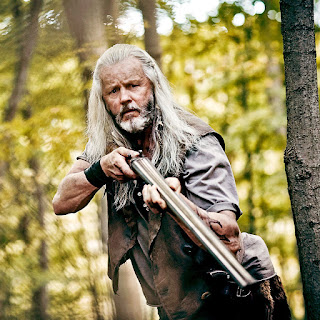 The Farrells live off-the-grid in the Appalachian hills.  This all-Caucasian clan has lived this rugged, independent life with its own customs, rules and language for about 200 years.  Now their way of life is threatened by corporate guys from the town who want to evict them in order to use that mountain area for profit.  Are those corporate guys any match for Big Foster? 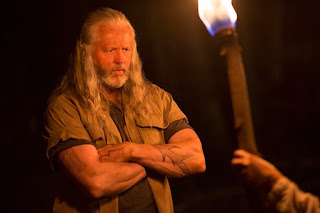 A struggle for power, control and liberty.  Those elements are in Outsiders.  Within the Farrell clan, there are secrets and lies and in-fighting -- and a moonshine wine that can bring out the demon in people.  It's popular with upscale teens in the town looking for a buzz, unaware that Farrell wine can be dangerous.  Someone who knows about this moonshine and warns the corporate men that "You have no idea what you're dealing with" is the town's Sheriff Wade. 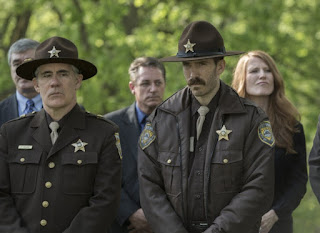 Sheriff Wade issues that same warning to fellow law enforcement officers.  This complicated Kentucky man is played by Australian actor Thomas M. Wright.  The sheriff is a widower with a little boy and a sad life.  There seems to be something heavy in his heart.  Wright makes him quite an interesting character. 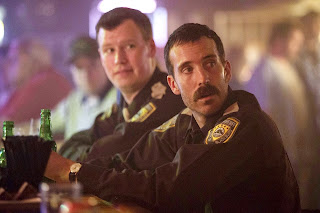 "Where does a guy get sucked off around here?"  A co-worker hits Sheriff Wade with that question in Episode 4.  We get the second episode on Feb. 2nd.  The show really starts cookin' with the fourth and fifth episodes.  You want edgy?  You want sexy?  Stay with the series.  That's all coming up.

Actor Paul Giamatti is not in Outsiders but he's one of the show's executive producers.  He received high praise for his astounding HBO performance as John Adams in the historical bio mini-series named after the American president. 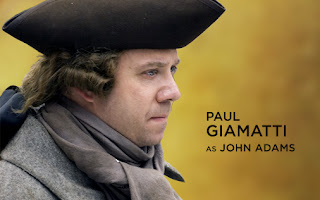 David Morse co-starred in the mini-series as our first president, George Washington. 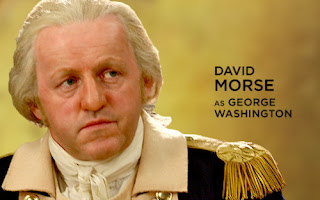 Those two historical figures also cared about liberty and power.  Before my interview with the two actors from Outsiders, here's a trailer.

Now, for We Got This Covered, here's my conversation with David Morse and Thomas M. Wright.