No Seat for Wes Anderson Actor

THE DARJEELING LIMITED.  Three American brothers travel to India to repair their strained relationships after the death of their father.  That Wes Anderson film was one of my favorites of 2007.  Owen Wilson, Adrien Brody and Jason Schwartzman played the bickering brothers and Anjelica Huston delivered a fabulous turn as the mother.  Another actor who stood out was the tall, slim, elegant gent with the soulful eyes who played the Chief Steward aboard the train.  He was Waris Ahluwalia.  He looks like a GQ magazine cover. 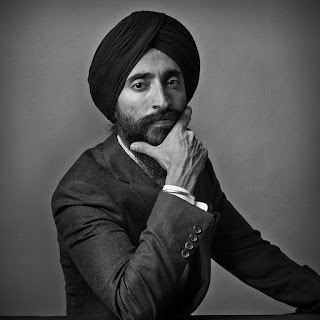 This Brooklyn resident, an actor and a designer, had worked with director Wes Anderson in a previous film.  He's also in Spike Lee's Inside Man starring Denzel Washington and Jodie Foster.  I totally loved watching him get some love in The Darjeeling Limited.  He made such an impression that I checked my press materials after the screening to make note of his name. 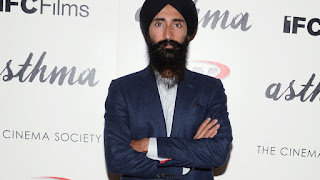 When I saw Wes Anderson's THE GRAND BUDAPEST HOTEL, I said to myself "There's the actor from The Darjeeling Limited!"  Waris Ahluwalia is in that marvelous movie too.  The Grand Budapest Hotel was one of my picks for the Top Ten movies of 2014.  Here's Waris with fellow cast members Adrien Brody, F. Murray Abraham (red sweater) and Bill Murray. 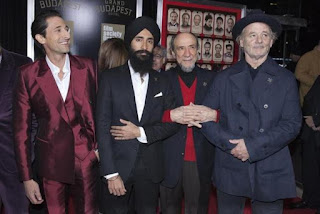 Wes Anderson's The Grand Budapest Hotel got an Oscar nomination for Best Picture of 2014.

Last night, I saw on Twitter that the actor hit a snag during a trip.  He was not allowed on his flight because of his turban.  This morning, I got up early, turned on the news and I checked Twitter for headlines and such.  A Twitter news update from TIME magazine via @TIME tweeted this today:

"Sikh man"!?!?  Seriously, TIME?  Would Owen Wilson, Adrien Brody and Bill Murray have been reduced to "White guys" had they been wearing turbans?

Mr. Ahluwalia did not have bit parts in those Wes Anderson films.  He was an excellent supporting actor -- and a supporting actor in an Oscar nominee for Best Picture.  I wish I had the film acting credits on my resumé that Waris Ahluwalia has on his.  I expected better from TIME.

By the way, if you've never seen The Darjeeling Limited and The Grand Bupadest Hotel, keep then in mind as DVD rentals over the long upcoming holiday weekend.

To see the actor's design work, check out his website.  And make sure to look at the jewelry section.  Gorgeous goods.  Here's his website:  HouseOfWaris.com. 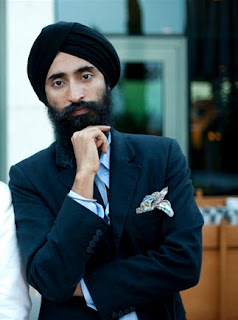