Marion Dougherty in CASTING BY

He's on a leave of absence now but one of my favorite things to do on a Saturday morning is listen to Scott Simon host the Saturday Weekend Edition on NPR.  Scott interviewed me on the January 16th show near the end of the program.  For the second year in a row, there's a controversy over the Academy's obvious lack of racial diversity in its top categories of Oscar nominees.  Scott and I addressed that topic.  As a veteran network celebrity talk show and entertainment news contributor, I've talked to minority actors about the diversity issue for decades.  I told Scott in our chat that Hollywood needed more pro-diversity champions like the late Marion Dougherty.  He said that he didn't know who she was.  Well, he may not had known her name but he definitely knows her work.  And so do you. 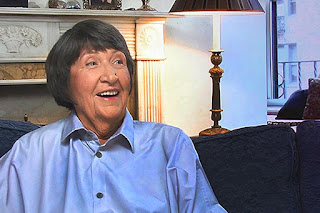 Marion Dougherty was the groundbreaking and remarkable casting director whose film credits included MIDNIGHT COWBOY, THE STING, THE WORLD ACCORDING TO GARP, REDS, BATMAN and LETHAL WEAPON.  She also did TV casting and launched careers of newcomers who became great stars.  Several people in the Hollywood community campaigned for Dougherty to receive a special Oscar for the career achievements. 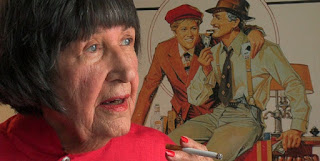 She deserved one, but she never got one. 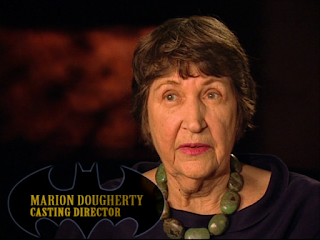 As I told Scott on NPR, the director of Lethal Weapon had planned to cast Brian Dennehy opposite Mel Gibson.  She told the director that nothing in the script said that the older cop had to be played by a white actor.  Marion wanted him to see actor Danny Glover for an audition.  Glover got the part.  Glover and Gibson were a terrific team.  The movie did colossal business at the box office.  Also, her creative thinking and casting proved to Hollywood that black actors are marketable and should be considered for more roles than they are. 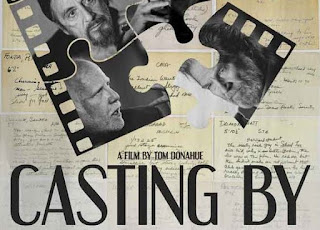 You really need to see the highly interesting and illuminating documentary that was done on her.  It's called CASTING BY.  The documentary not only introduces you to Marion Dougherty.   You get great insights into the film business.  You see how Hollywood was and how it changed.  You see the ways in which it didn't change.  You'll see how talent was found and remembered and nurtured.  Here's a trailer for Casting By.
I interviewed Lethal Weapon director Richard Donner in the late 1980s and he had extreme praise for the vision Marion Dougherty.  He credited her with helping to make the movie a hit.  You'll hear him tell more about her inspiration in the documentary.


This is a 2013 documentary that's quite relevant and timely today.  The current call for more diversity in the Academy and in the TV and movie industry is not solely for racial diversity.  It's for gender diversity too.  Watch this documentary, watch the enormous contributions Ms. Dougherty made to the art of filmmaking and notice how many other casting directors -- people who were influenced by her artistry -- are women.  According to newspaper reports, the Academy is 77% male and 94% white.

Watch Casting By and ask yourself this:  If Dougherty had been a man and had made all those breakthroughs and launched the careers of all that talent, would Dougherty then have been given a special career achievement Oscar?  Think about it.

Marion Dougherty was a pioneer, a visionary, an artist, a lover of films and actors -- and she was a champion of equal opportunities.  This 90 minute HBO documentary is available on Amazon Video.