His writing excites me.  He's so passionate about films.  Have you ever seen him on TV shows do film reviews?  Probably not.  He's Justin Chang and he writes film reviews for Variety. 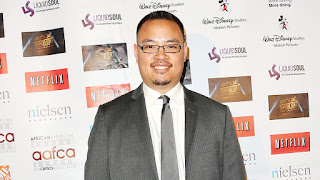 Have you ever seen this gent reviewing movies weekly on a network morning news show?  Probably not. He's Wesley Morris.   He now writes for the New York Times.  When he wrote for The Boston Globe, he won the 2011 Pulitzer Prize for Film Criticism.  He was the fifth film critic to win the prize and the first black journalist to do so.  One of the previous winners was the late Roger Ebert. 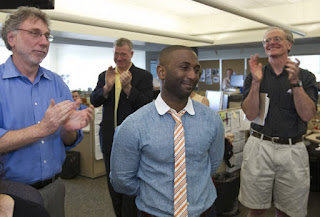 A New York City talent, Mike Sargent is a film critic, an indie filmmaker and he has a WBAI radio show.  On TV, he was the host of Arise On Screen on cable's Arise TV.  On this smart weekend film review & interview show, he invited two guest critics to come on with him to review Hollywood fare, indie movies and foreign films.  Here's a photo from one taping with Mike on the far left, film reviewer Raqiyah Mays in the middle and yours truly on the far right. 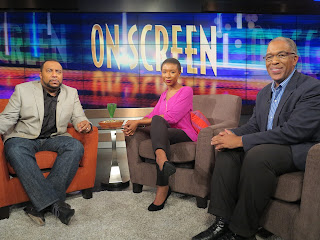 Arise On Screen presented black female film critics on a regular basis. It put a regular spotlight on women directors and gay & lesbian filmmakers.  The show went off the air in 2015 after a 2-year run. TV columnists in New York City's top newspaper never gave Mike's show a review or mention.

Have you ever heard of the African American Film Critics Association?

This organization has been around a few years and it hands out awards. 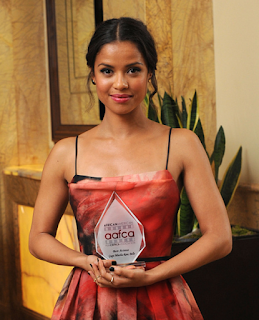 Now think of the movie critics you've seen on TV and play my short piece on diversity.