On Royals and Reviewers

If The Bobby Rivers Show podcast airing the week of April 7th has a theme, it's talented broadcasters seen in New York City and London. 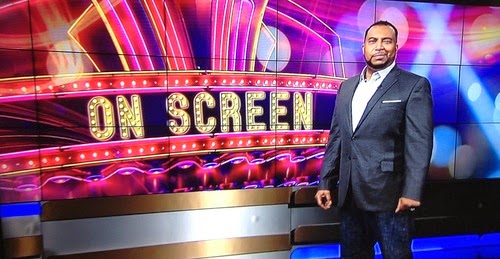 Together, they review new Hollywood releases, independent movies, foreign films and DVD fare.  I'm proud to have been a guest for a few shows, including the Oscars special. 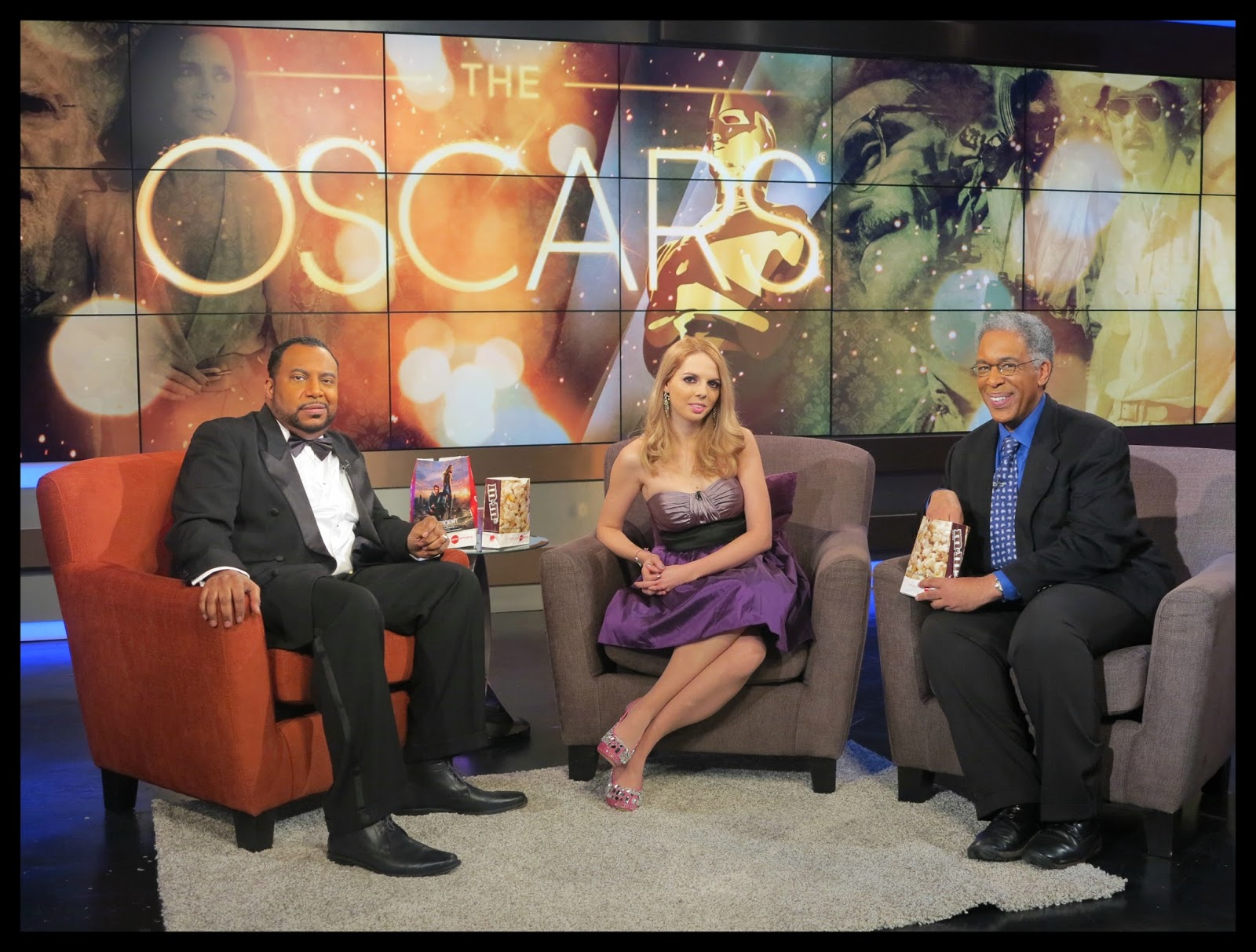 TV columnists in New York City and Los Angeles should be noticing and writing about this show because it's novel, it's fresh.  It's an upscale film talk show hosted by an African-American critic who brings on other minority critics and female critics of all colors. If you think of all the movie critics we've seen on national TV -- Gene Shalit, Joel Siegel, Siskel & Ebert, Leonard Maltin, Jeffrey Lyons, Ben Mankiewicz & Ben Lyons, David Edelstein -- it's been a predominantly Caucasian boys club.  In the summer of 2010, NBC even let young Cody Gifford -- son of Kathie Lee -- review films during her hour of Today. 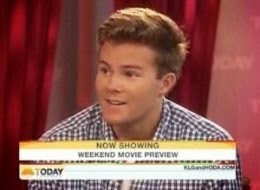 I'll introduce you to Mike and find out if he shares my opinion that On Screen is groundbreaking.  I think you'll dig Mike.  He's a serious film lover with a lot to say about Hollywood and today's movie marketplace.  Episodes of Arise On Screen are on YouTube.  The channel's website is www.Arise.TV.

The closest Mike and I could probably get to any of London's royals would be to sit through another DVD screening of Oscar winner Helen Mirren as The Queen.  But I met a most charming New York wife and mother who has been up close to royalty.  Britain's Victoria Arbiter is the go-to correspondent for all the inside scoop and commentary on members of the Royal Family.  Here she is wearing a rather royal blue. 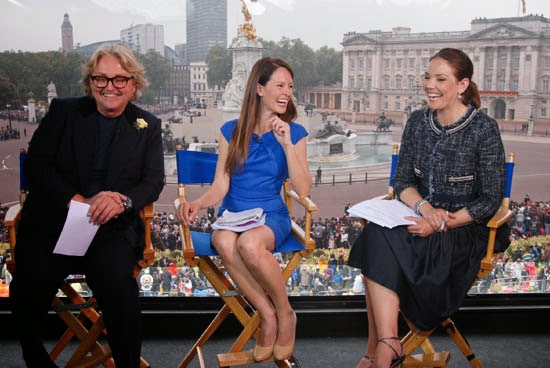 How did she land such a plum CNN assignment?  Was this kind of reporting the work she envsioned herself doing when she was an early teen? 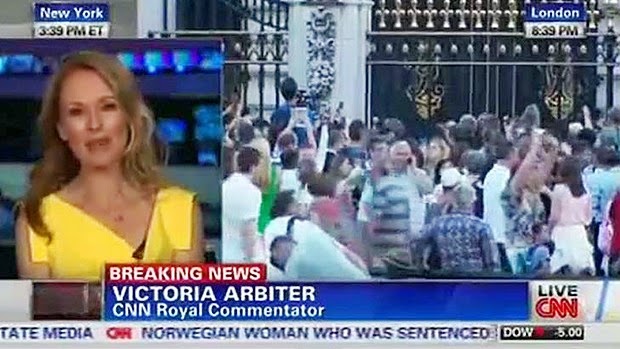 Victoria was an absolute delight to visit.  We talk about her encounter with the charismatic Lady Diana and the late international icon's equally charismatic sons, William and Harry.  Victoria shares an interesting story about Prince Charles.  She saw a paternal side of him that the media seemed to overlook.

How is Victoria's domestic life in Manhattan?  Fine, thank you.  Except in the kitchen.  She met with American show biz royalty about that very thing.  When Oprah Winfrey was the Queen of Daytime Talk Shows, Victoria was knighted as "the worst cook in America."

Victoria had a fabulous and funny time doing the show.  She'll tell us a sweet behind-the-scenes story about Oprah.  Of course, I ask Victoria if her cooking has improved.

Like I've done with Mike Sargent, I talked about classic films with Victoria Arbiter.  When she was a girl, she wanted to be a dancer.  Gene Kelly, Fred Astaire and Ginger Rogers get mentioned in our chat.  Ginger starred in a romantic comedy called Vivacious Lady and that title fits Victoria.  Victoria said a line often credited with the late, great Texas Gov. Ann Richards:  "Ginger did everything Fred did only backwards and in heels."  (I seem to recall former NBC journalist Linda Ellerbee saying that first on her innovative NBC News Overnight show in the early 1980s.  Gov. Richards said it later.)

Ginger Rogers.  One of the hardest-working and most versatile Hollywood actresses of the 1930s and 40s.  She won her Best Actress Oscar for a very feminist drama, Kitty Foyle (1940).  She was one of Hollywood's top comic actresses (Tom, Dick and Harry, Billy Wilder's The Major and the Minor, Bachelor Mother, Stage Door, Roxie Hart) and she became a Hollywood musicals icon in the 1930s with a series of original screen musicals co-starring Fred Astaire -- musicals like the 1935 classic, Top Hat. 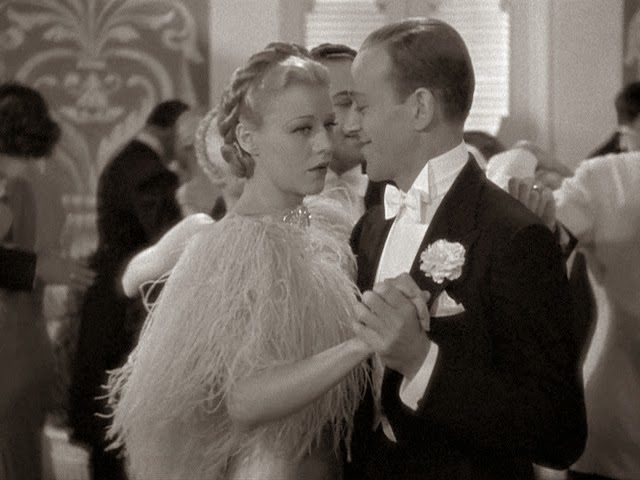 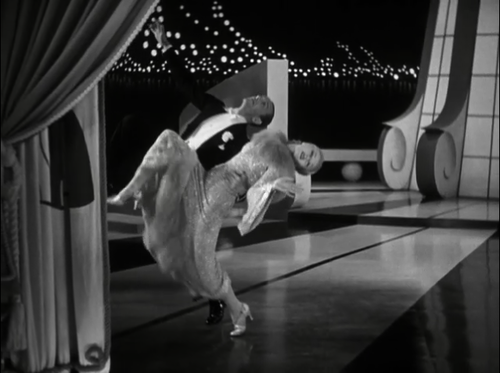 Ginger deserved equal pay, equal billing, equal benefits...equal everything.  However, as I pointed out politely to Victoria, she didn't quite do the same thing Fred did while she wore heels.  Ginger never lifted and twirled Fred.  To prove my point:  "The Yam."  This is a novelty dance that Ginger's lovestruck character starts at a country club dinner dance.  It's from 1938's Carefree with an original score by Irving Berlin.  The tint in the clip does not reflect that actual footage.

Dig the big finish with the dinner tables.
Ginger.  Brilliance.  Hard work in heels looked so easy when she did it.  In heels...and on roller skates like in the "Let's Call the Whole Thing Off" number from Shall We Dance (1937). 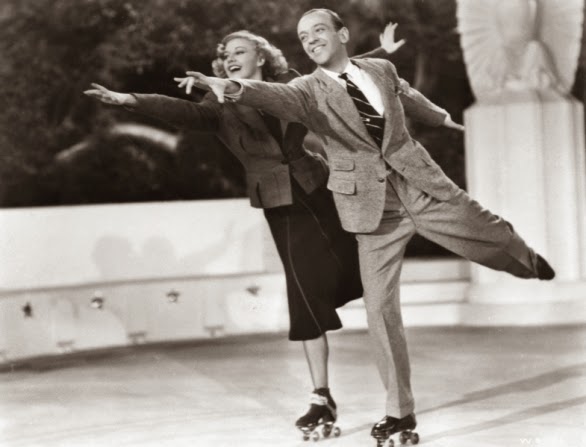 There's some classic film history for you.

Two television talents known to New York City and London.  Two different stories to tell.  Both talk about movies.  I hope you can join us.  Hear me with Arise TV's Mike Sargent and CNN's Victoria Arbiter the week of April 7th on my BobbyRiversShow.com podcast.