I blogged about this movie way back when Mel Gibson was burning up the tabloids and entertainment news headlines with his verbally abusive, abrasive and just plain bone-headed behavior.  He got so out of control that he was even lampooned on TV's South Park.  Full disclosure:  Mel Gibson was one of my favorite guests on my old VH1 talk show.  He was polite, playful and honest.  He graciously posed for photos and gave autographs in the studio.  He was promoting his new 1988 movie, Tequila Sunrise, at the time.  The second time I interviewed him, he was an established movie superstar thanks to the Lethal Weapon franchise plus his Best Director and Best Picture Oscar victories for 1995's Braveheart, which he starred in and produced.  He'd changed.  He was rude.  And not just to me.  He was promoting 1997's Conspiracy Theory then and appeared to be visibly bored with interviews that were not for network news programs or syndicated shows like Entertainment Tonight.  I was with the local Fox station, WNYW, in New York city.  When I agreed to fly out from New York City to L.A. to be a part of the Lethal Weapon 4 junket, I was secretly hoping he would not be available for interviews.  I'd began to feel about Mel Gibson the way some press people and Hollywood insiders felt about Norman Maine in A Star Is Born -- specifically the 1954 version with James Mason and Judy Garland.

Mel Gibson was available for Lethal Weapon 4 interviews.  I just did my work for Fox 5's Good Day New York.  But I was not thrilled about giving up my weekend to fly 3000 miles and talk to him about that dog of a 1998 sequel.  Dean Richards of Chicago's WGN and Steve Kmetko, formerly of E!, are two entertainment reporters and class acts in the field of entertainment journalists on TV.  They know how I felt.  They've also had their rude moments with Mel.

I was a major Mel Gibson fan.  I paid to see his new summertime action movie releases just like millions of others did back in the late 80s and early 90s.  Then...maybe he got too intoxicated on stardom and power.  But you cannot deny that he was born with movie star charisma.  Just look at his early work like Mad Max and Gallipoli.  When Hollywood cast him in Lethal Weapon, his movie star quality was able to blaze with excellent box office results.

One of the 1990s Mel Gibson comments that irked people -- mostly gay people -- was a statement to foreign press that no one would ever mistake a guy with his looks for being a gay man.  Apparently, Gibson felt he looked way too butch.

Before Mad Max was released, Australian TV viewers saw young Mel Gibson as Tim.  This, from what I was told, was a big hit 1979 TV movie "down under" that's now considered somewhat of a classic.  It was written by Colleen McCullough.  Her novel, The Thorn Birds, would be wildly successful and become a ratings champion ABC TV mini-series in 1983 starring Richard Chamberlain, Rachel Ward and the amazing Barbara Stanwyck.

Mel Gibson played Tim, a sweet young man with below-average intellectual abilities.  He does manual labor but, unfortunately, some of his co-workers take advantage of him because he's simple-minded and good-hearted.

The camera falls in love with wide-eyed Mel Gibson in this Australian feature. 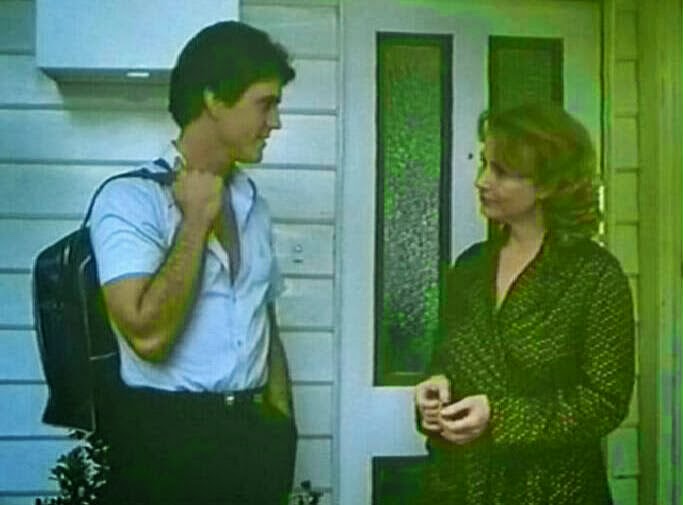 Kindness and concern come in the form of a middle-aged single woman played wonderfully by  Piper Laurie.  She wants to help Tim and establish a proper friendship.

Of course, local tongues start wagging about the new friendship of the unmarried older man and the young man who helps her with gardening chores.

The two become very good friends and we, the viewers, wonder if the friendship will advance to some serious lip action one night.  Tim is a babe.

Here's the thing about that ignorant Mel Gibson comment to the foreign press.  You absolutely must see  him in the first 15 minutes of Tim.  If The Village People had adopted a baby boy and that child grew into young manhood, their son would look just like Mel Gibson as Tim. 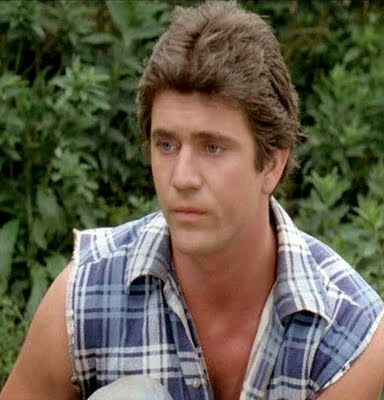 The soulful Bambi eyes, the sleeveless work shirts, the swimwear.... 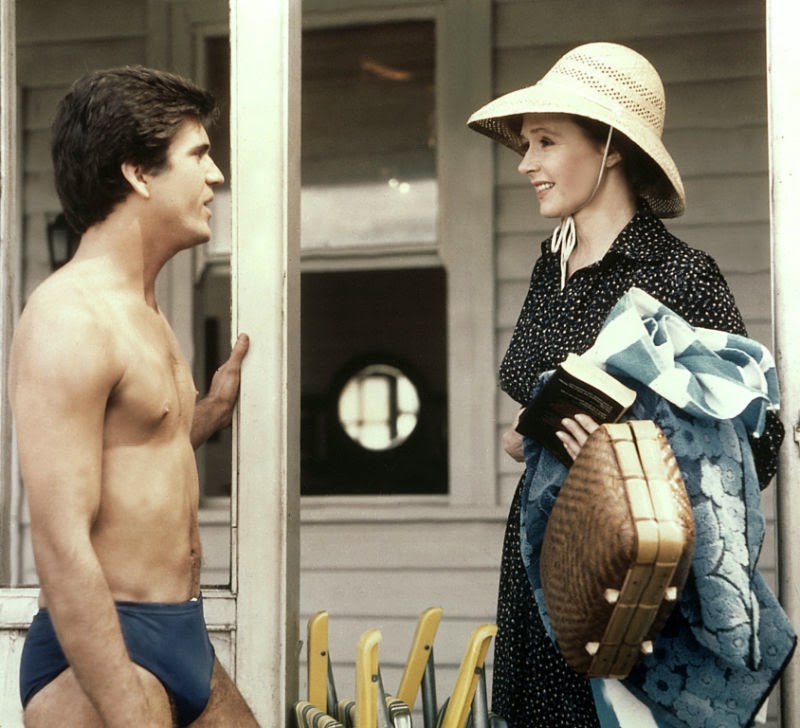 Tim may be described as "simple-minded," but there's something very sophisticated and smart about his entire wardrobe which he obviously purchased on a handyman's budget.  Did Mel Gibson just forget about this movie?  In the first 15 minutes of the feature, there's a scene of Tim mowing Mary's grass in the backyard.  That's not a euphemism.  Piper Laurie's character hires Tim to do some yard work.  Watch him as he cuts the grass.  He's wearing a tank top, blue jean cut-offs -- cut very short -- and work boots that complement the tank top.

For an actor who'd later say that no one would ever mistake him for being a gay man, he's pushing a lawn mower while dressed like a bartender in a West Hollywood gay club during happy hour. 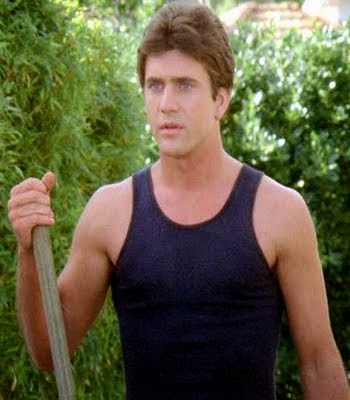 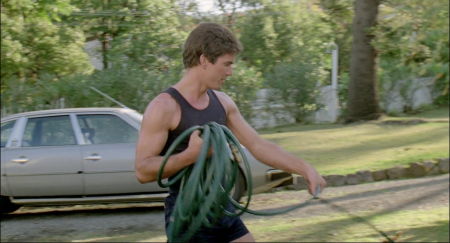 Let me know what you think of Mel's fashion statements in the movie.  Would you call them haute hetero?

To go back to Mel's friendly days in the late 1980s, here's a clip of him on my VH1 talk show telling me what famous movie character he could have played.

On Friday night, May 2nd, Tim will be seen in between TCM airings of Gallipoli and Mad Max, also starring early Mel Gibson.

He's a talented actor and director.  Sadly, his off-camera lack of discipline and his bad manners blemished his movie star image and box office appeal to such an extent that his 2012 big action movie, Get the Gringo, did not open wide.  It pretty much went straight to DirecTV.  What a humiliating change from his Lethal Weapon days.  It was exactly the same kind of thing that would've happened to Norman Maine. 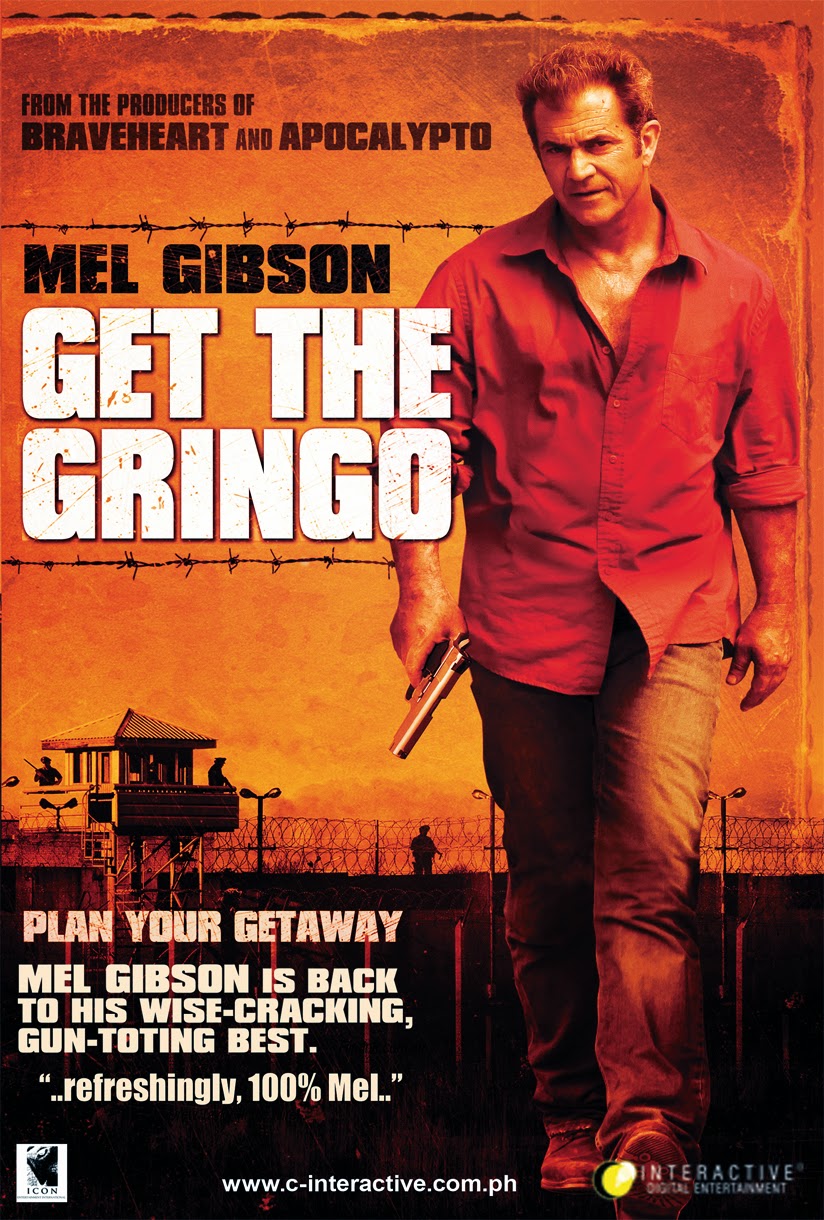 Next year, we'll see a new version of Mad Max.  The ballsy and brilliant British actor Tom Hardy, seen here on the current cover of Esquire magazine, takes on the title role. 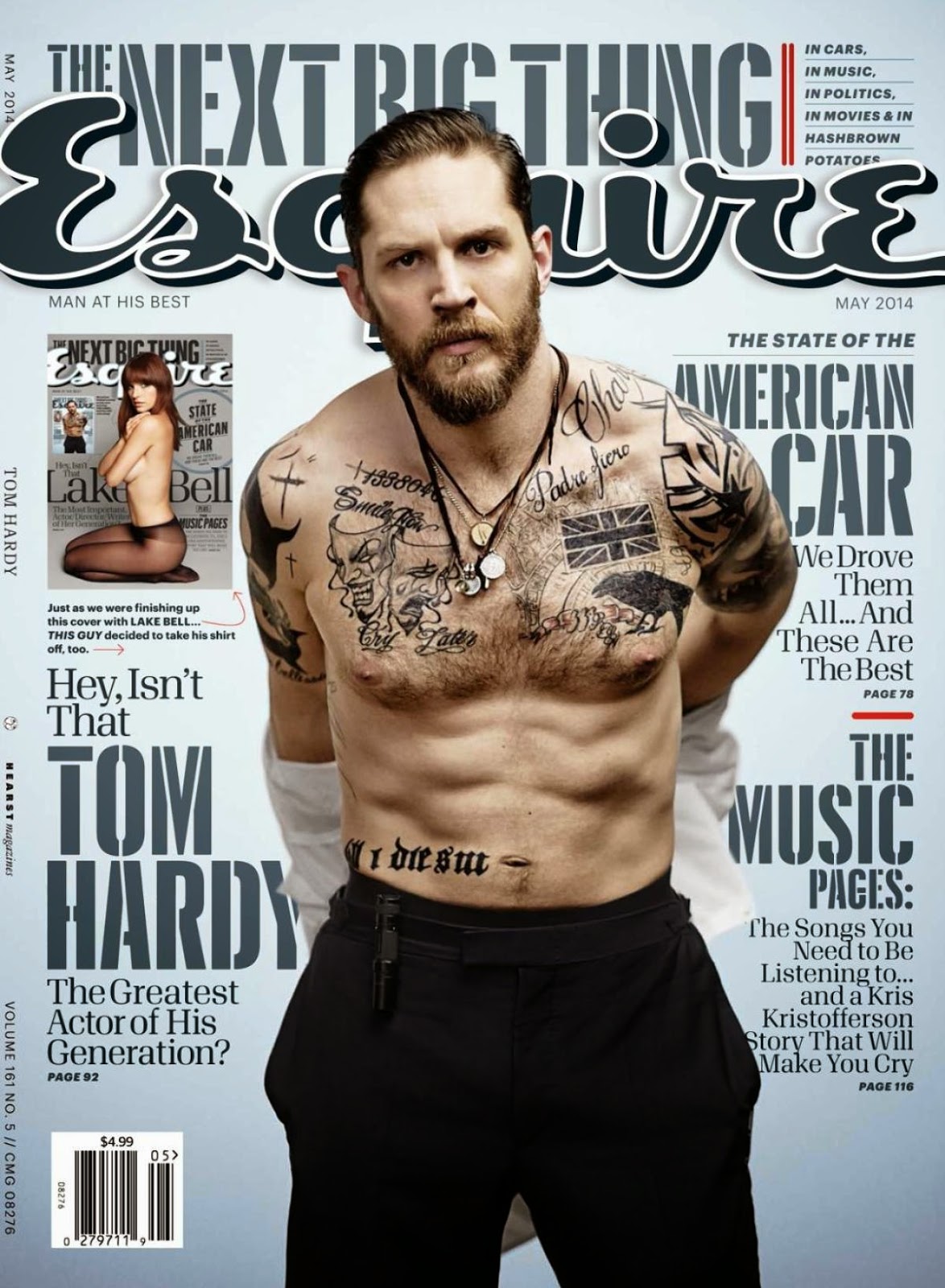 Let's see if Gibson eventually can change and repair his film career.  You never know.  I could be offered an opportunity to interview him again.
at April 29, 2014