Please hear me out with Paul "Cubby" Bryant, national morning radio star, on my podcast.  You get entertainment, laughs and some serious revelations.  We bring it.  I had a terrific time catching up with him again in New York City after his show. 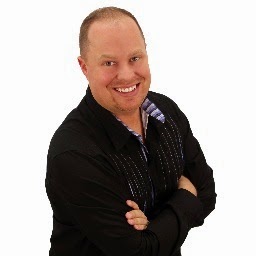 To convey fully how Cubby's kindness impacted me when we worked together for Premiere Radio, I told him about a difficult period in my life.  I worked on WNBC at the time.  I was part of the original morning team on the September 1992 debut of Weekend Today in New York.  During my years as a regular on that new early morning news program, doing mostly light-hearted live segments in the field, I lost a partner to AIDS.

Cubby and I met when we worked on Whoopi Goldberg's national weekday morning radio show.  (Yes, Whoopi Goldberg had a radio show.)  Cubby was pretty much the leading man to Whoopi, as I wrote in an earlier blog piece.  He was the co-host to an international film star who has made Oscar history with a Best Supporting Actress victory. 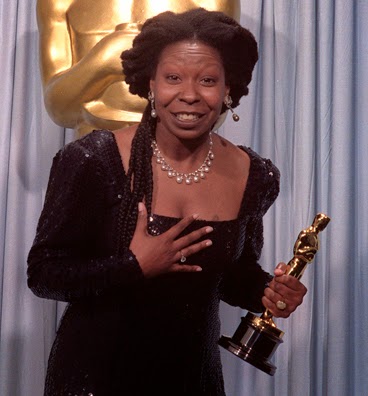 She's a daytime Emmy winner as a member of the team on ABC's The View.  That TV opportunity came to her while she had her Premiere Radio show, Wake Up with Whoopi.  Here's Cubby with Whoopi and the fabulous singer/songwriter Cyndi Lauper.  Her songs delight lots of folks in the big Broadway musical comedy hit, Kinky Boots. 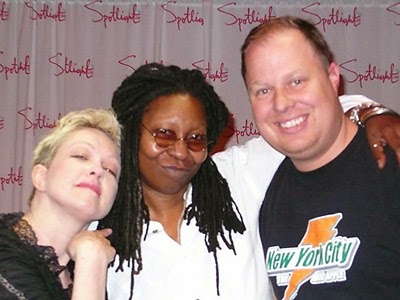 Because this interview is so honest, I really hope people listen to it.  Seriously, my reason for starting a podcast was to keep fresh material out there and help me kick a way-too-long stretch of unemployment to the curb.  Cubby reveals his highs and lows of working with a show biz icon like Whoopi.  I got pretty bare telling Cubby how difficult it was trying to make folks laugh on live TV while caring for a terminally ill partner and not feeling diversity acceptance in my workplace.  Few at WNBC knew what I was going through.  As I tell Cubby, I kept quiet at work about having a loved one with AIDS because I was afraid of losing my job.  I needed the money to take care of us both and I was not under contract.  In the dark days of the AIDS crisis, the 1980s and early 90s, people with AIDS often were treated like social lepers.  Richard had been laid off from work just a few weeks before he was hospitalized for the first time.  He'd been job hunting.  When he was diagnosed, his roommate wanted him out of the apartment.  Richard and I both learned about housing and financial assistance for the disabled, which we technically was when diagnosed.  Eventually, he moved in with me into my studio apartment.

Richard asked me out first.  We'd met through a mutual friend.  I didn't even want to go out but he was so charming and such a sweet guy that I felt "What can it hurt?  It's just Sunday brunch at a nice diner."  That autumn Sunday in 1992, we had brunch...and stayed together until the day he died.  No one ever made me laugh as much as he did. 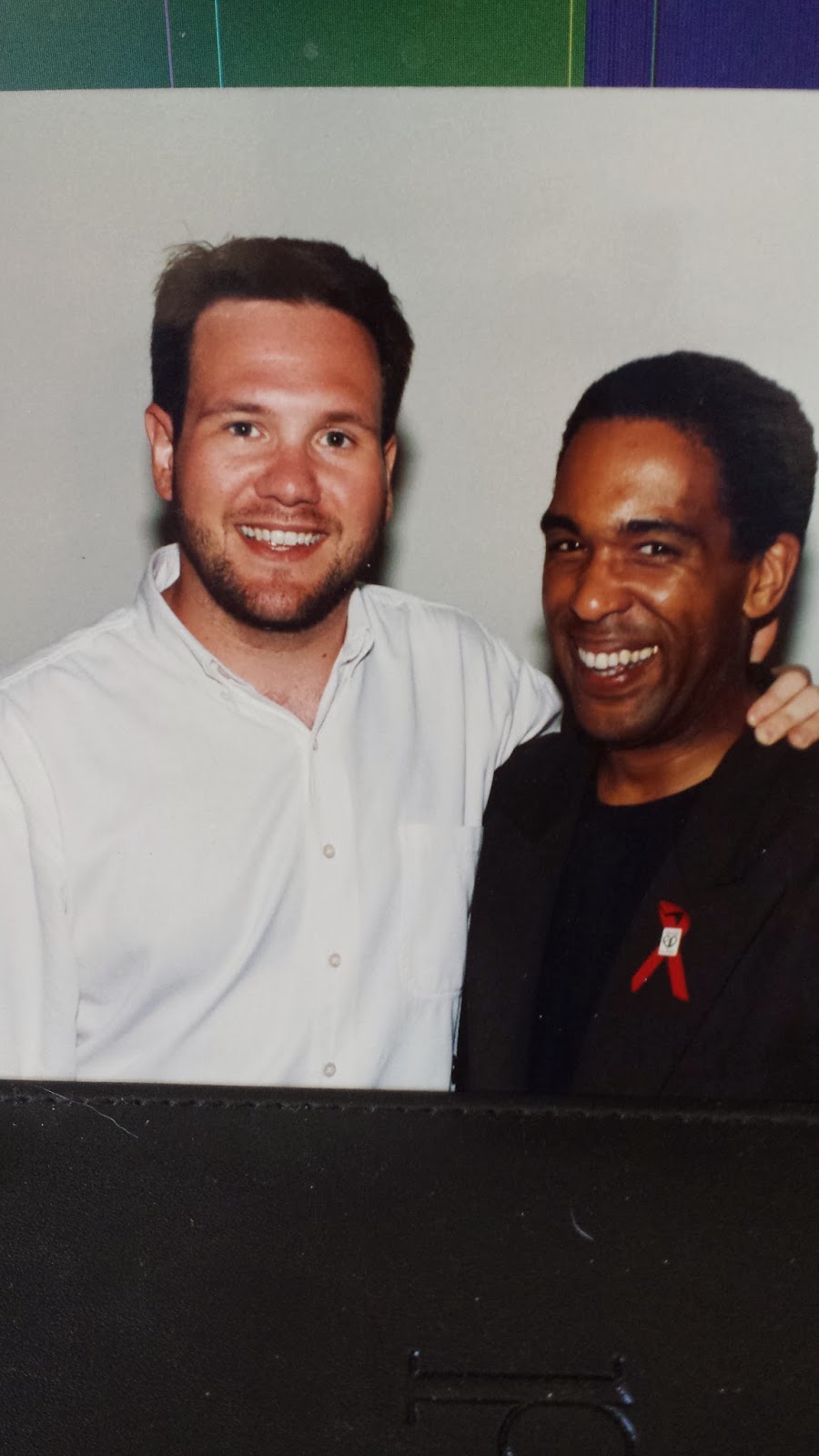 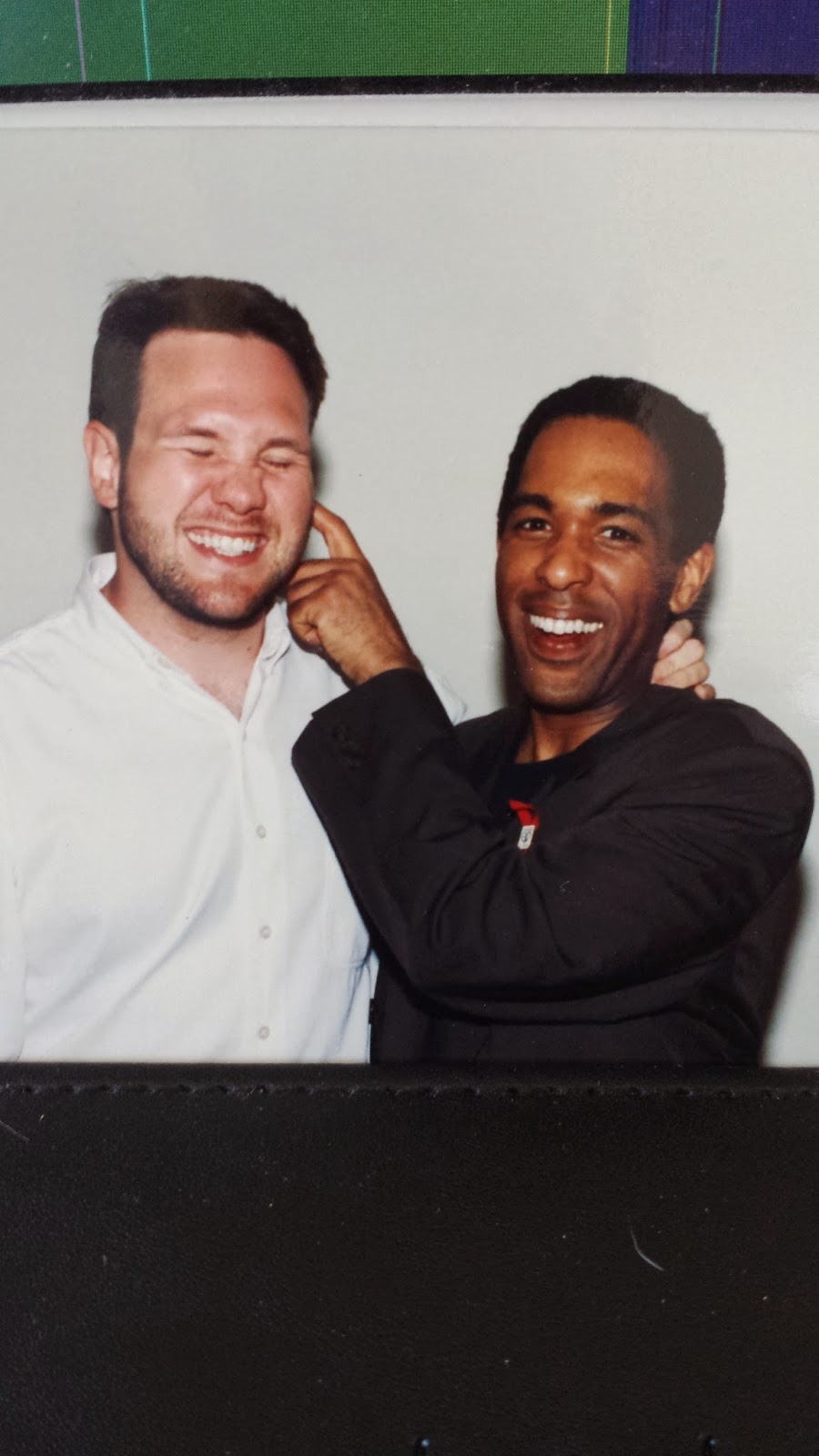 No one could work my last good nerve the way he could.  No one ever made me cry as much as he did when he was gone.

We were still in the early months of dating when he was hospitalized and diagnosed with full-blown AIDS.  He was from a small town in Tennessee and had never been tested.  Not even when he moved to the big city to start a new life and seek a career.  WNBC's early weekend morning news show had just started to click.  I could've cut off from Richard to focus on my TV career.  But I didn't.  Taking care of him brought me a closer connection to a Divine Force than any sacrament I've received so far as a Catholic.  My spirit was changed, renewed.  Our relationship wasn't easy.  The horrors of his illness would come up suddenly, unexpectedly.  Dealing with his illness was like riding a roller coaster at night with a blindfold on.  You couldn't tell when the next turn or drop was coming.  There was the pneumonia.  And the lymphoma.  And the medications.  The reactions to the medications.  I learned how to deal with hospital personnel to make sure he was being administered the correct medications.  And there was the irony that the steroids he was given to battle his pneumonia bulked him up.  He didn't undergo the severe weight loss associated with the sickness.  To many, he didn't look like an AIDS patient.  But he was most definitely ill.  Many times, I went to work at WNBC in the pre-dawn hours straight from having slept sitting up in a chair by his hospital bedside.

I'm not a perfect guy but I believe I was perfect for him.  We weren't married.  But, in my heart, I had committed to doing my best to keep him comfortable, to keep him as free from fear as I could and to make sure he'd never feel alone and lonely.  I kept that commitment.  Richard passed away in June 1994.  He was a great light in my life. 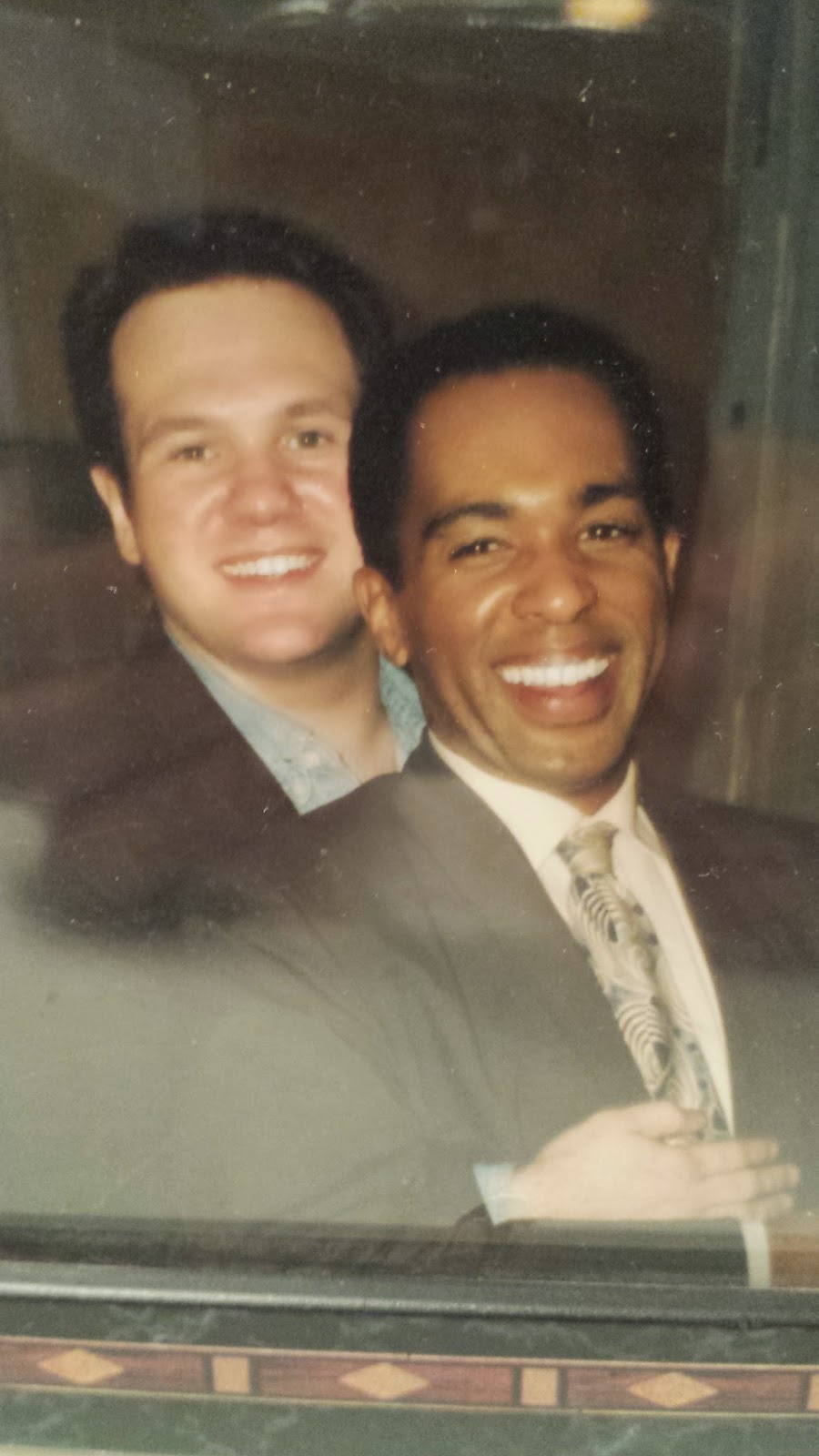 In an on-air work situation, I'd never really talked about that until I was working with Cubby in 2007.  That was the year our show staff, including Whoopi, participated in AIDS Walk New York.

I didn't plan to get that real about myself.  However, I hope it inspires people to realize what a positive force the embrace of diversity is.  Cubby embraced it.  That's one reason why it was so totally cool to work with him. 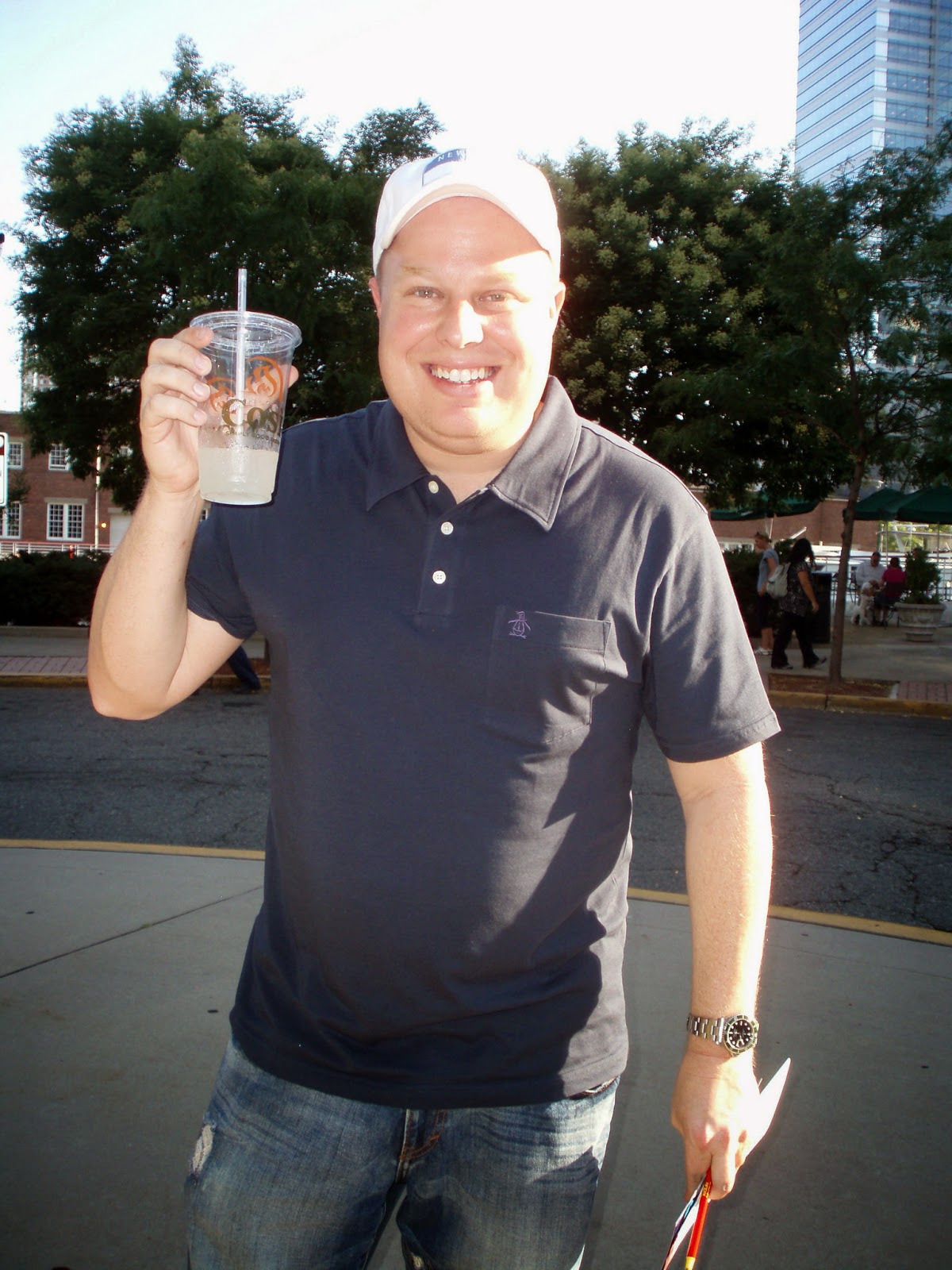 Please give us a listen when you have time:  BobbyRiversShow.com.  Leave me some comments.

AIDS Walk New York comes up next month.  It benefits GMHC, the organization that was a major help to me when I was taking care of Richard.  The crisis is not over.  For info on the New York, San Francisco, L.A. or other walks...please go here: aidswalk.net.
at April 20, 2014