Let me get right to it.  Give Rebecca Wisocky an Emmy now.  NOW.  And a Golden Globe.  The new season of Lifetime TV's Devious Maids premieres this coming Sunday night, April 20th.  She's delicious in the episode -- just as she was in all her episodes of the previous season.  If you unfamiliar with her versatility and have not seen her on this series, I'll describe her skills this way:  If Meryl Streep had not been available to do the role she did in The Devil Wears Prada, it should've gone to Rebecca Wisocky. 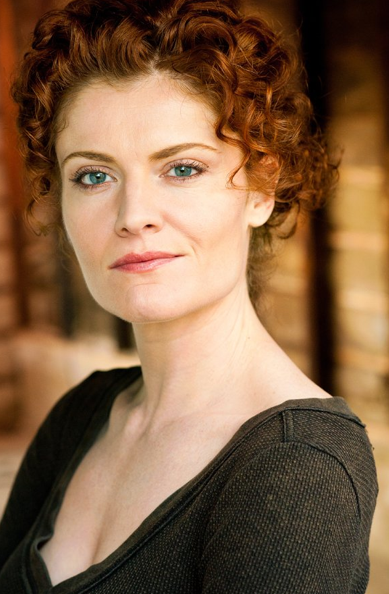 Had she'd been around in Hollywood's Golden Era of movie studios, top directors would've ordered "Get Rebecca!" when casting their sophisticated or screwball comedies.  She'd have been on the A-list for directors like George Cukor, Howard Hawks, Preston Sturges, Ernst Lubitsch, Billy Wilder and Joseph L. Mankiewicz.  Just watch her with the young, shirtless bodyguard this coming Sunday night and see for yourself.  Fabulous.

Rebecca Wisocky plays "Evelyn Powell" on Devious Maids.  She's one of those wealthy, privileged wives who'd rather have her uterus removed than live in a mansion without the services of a Latina maid. 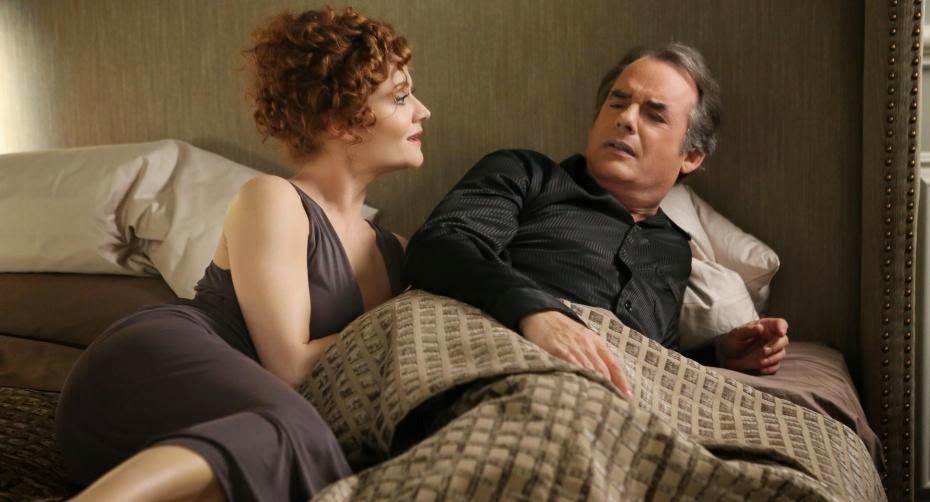 While we on the subject of Emmys, can it really be true that Judy Reyes never got an Emmy nomination for any of her years of extremely funny work on the hospital sitcom, Scrubs?  She was one of the main reasons why I watched that show.  I did the DTST with a beverage several times when she delivered a look or a line.  That stands for "Danny Thomas Spit Take."  Reyes plays one of the Devious Maids and that look of hers still kills me.  She reminds me so much of friends, neighbors and classmates from when I was a kid in Los Angeles.  Judy Reyes needs some Emmy and Golden Globe love too. 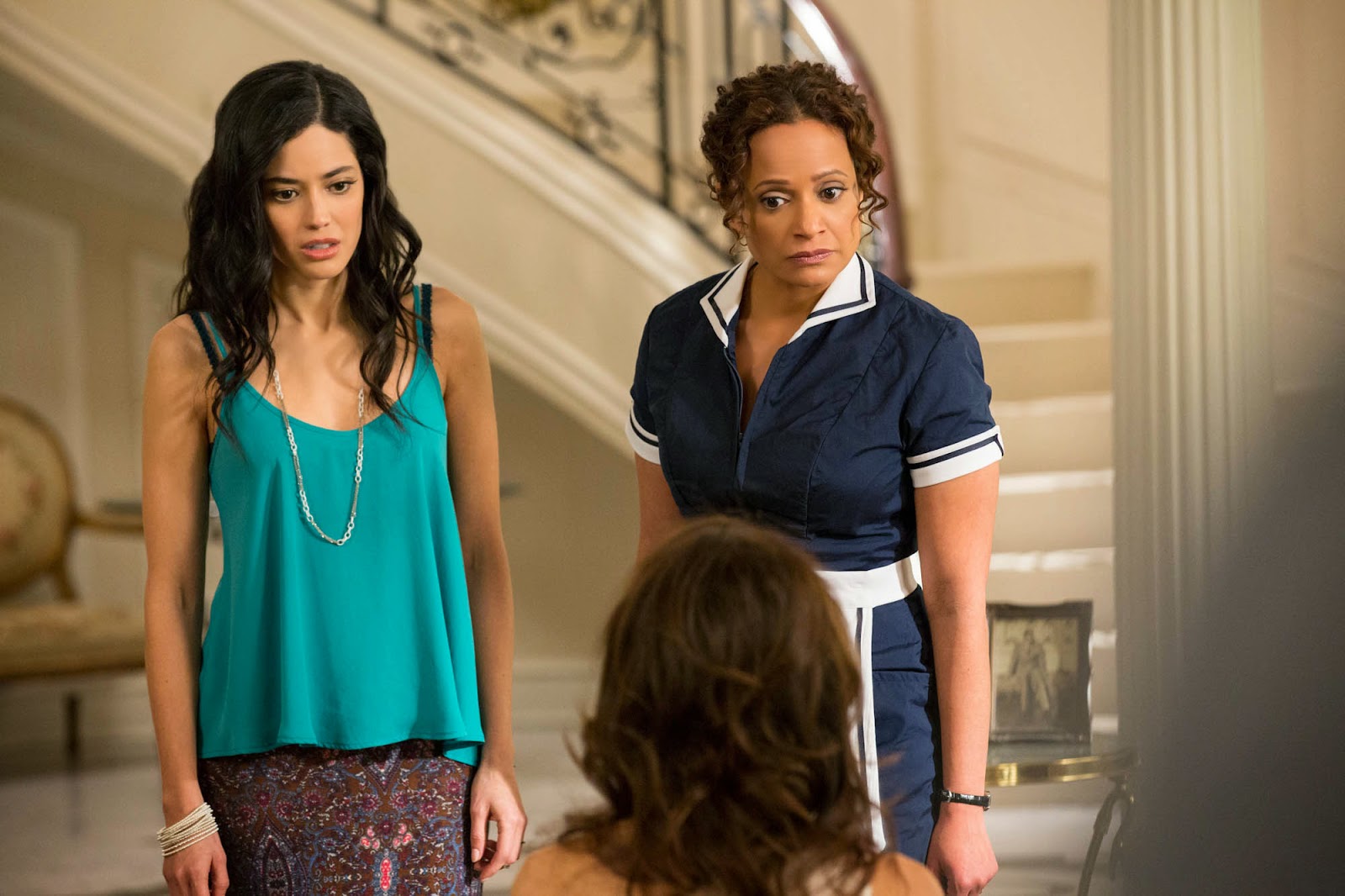 I'll use another classic film era reference.  Judy Reyes has got the Thelma Ritter gift.  Think of Thelma in Miracle on 34th Street, A Letter to Three Wives, All About Eve and Hitchcock's Rear Window.  Reyes could take those roles today and knock 'em out of the ballpark.  The scenes that pair Judy Reyes with Susan Lucci are some of my favorites. 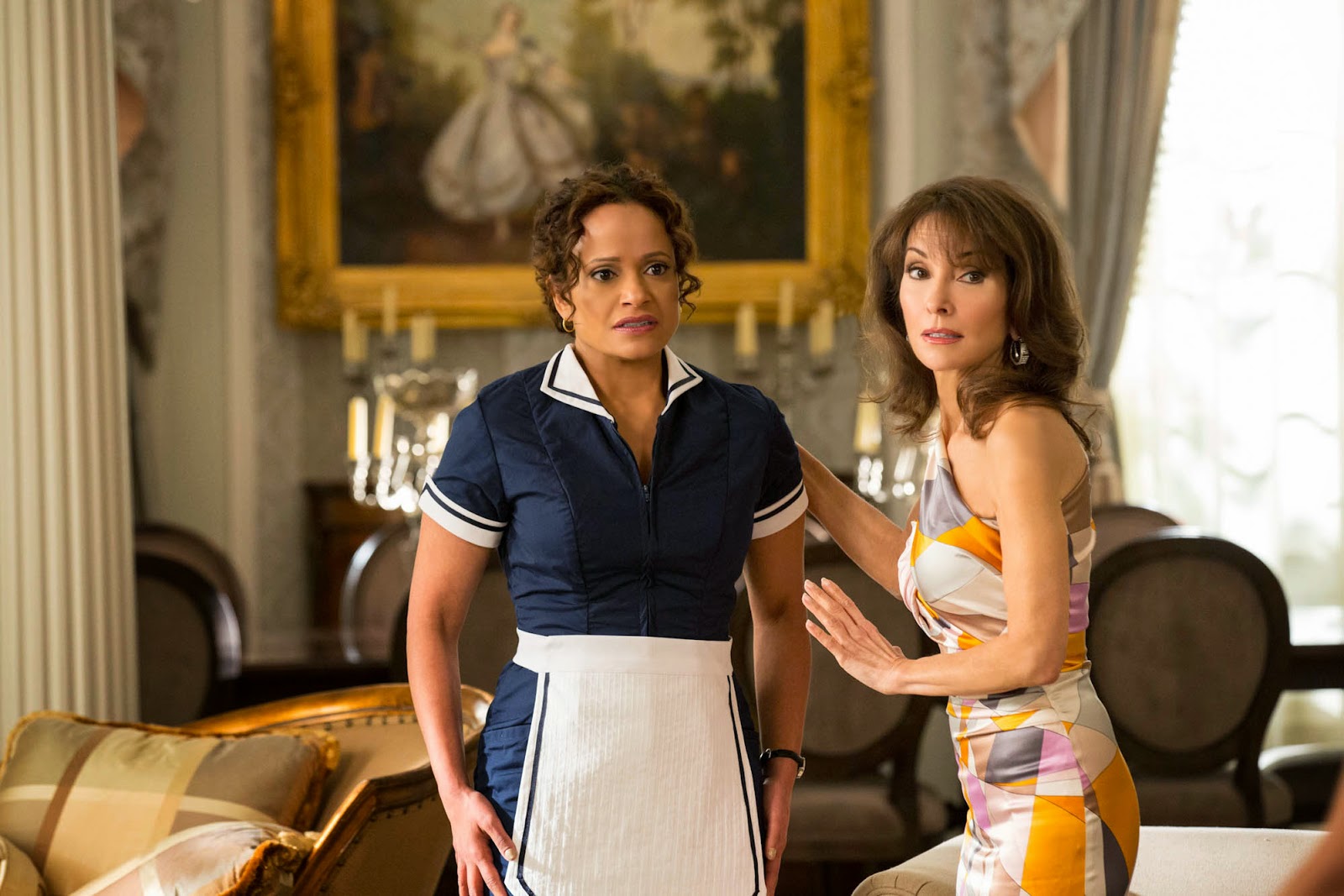 Then there's Susan Lucci.  OK, we know that she was nominated for a daytime Emmy every year since she hit puberty, but she won only once.  Shortly before she started menopause.  She was famous for and nominated for playing vixen Erica Kane on the daytime drama, All My Children.

She's now doing comedy as a lovably clueless well-to-do lady on Devious Maids.  I love Lucci on this series.  I never knew she had such good comedy chops.  I only knew her from the soap opera.  Susan Lucci is lots of fun here as the ditzy widow. 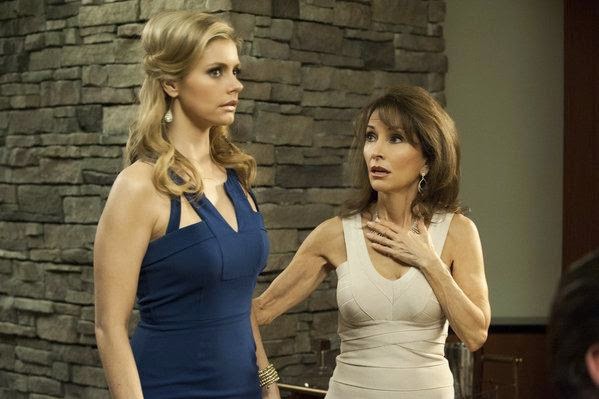 From Marc Cherry, the man who gave us Desperate Housewives, this is an entertaining, nicely subversive and wickedly funny show about four Latina maids.  We get to know their lives, their ambitions and their brains as they work for pampered and privileged people in Beverly Hills.  I, for one, am very thankful for Mr. Cherry's attention to minority stories and actors on this show and Desperate Housewives.

If you want to see some great dames doing some groovy work, watch Devious Maids Sunday night on Lifetime TV.