Click onto March in my blog post rundown and you'll see that, just last week, I wrote a piece on the lead actor in a new biopic.  My post is "Michael Peña, Good Actor."  I've been a fan of his for a few years now.  I was excited to read that he won the role of Mexican civil rights activist, Cesar Chavez.  That was quite a plum role for him to get.  Millions saw him as the working class Los Angeles Mexican-American family man in Crash, Oscar winner for Best Picture of 2005. 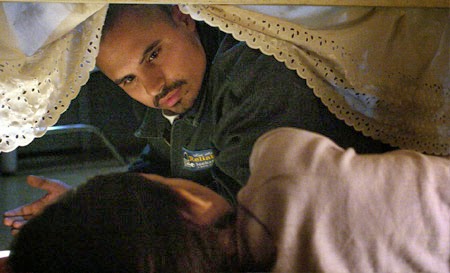 Now, starring in Cesar Chavez, he plays a labor organizer whose name was in the local and national headlines frequently when I was a kid in L.A. during the turbulent 1960s and early 70s.  Chavez made history fighting for the rights of migrant Mexican farmworkers. 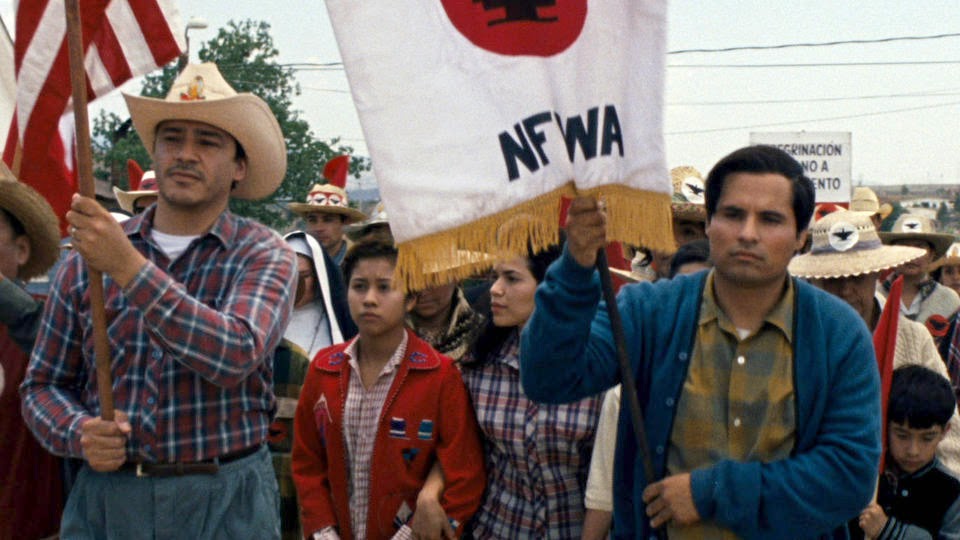 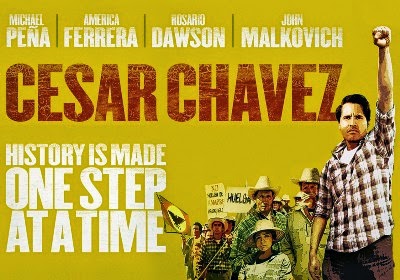 Cesar Chavez was directed by Diego Luna.  As an actor, you saw him as one of the slacker buddies who embarks on a life-changing road trip in the terrific Y Tu Mamá También directed by Gravity's Alfonso Cuarón. 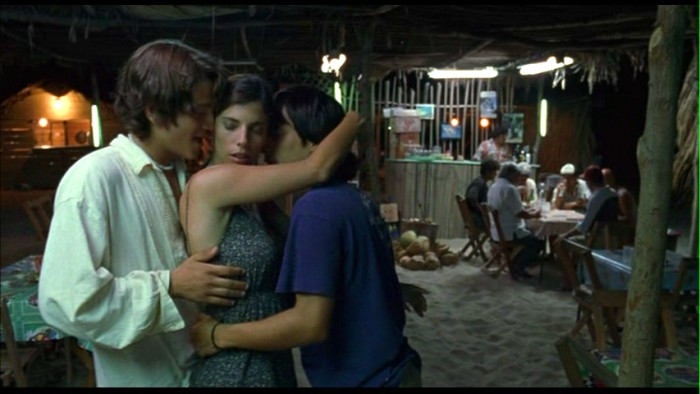 One of my favorite talk radio stations is Southern California's KPCC and my favorite show on that station is AirTalk hosted by the excellent Larry Mantle.  I listen and learn from Larry.  He grew up in Southern California, as did I.  Larry's art is being able to talk to just about anybody about anything and make the conversation accessible to the masses.  My one complaint about some public radio shows back in New York City was that they often got too high-tone and overly intellectual.  They came off snobbish and playing to a certain upscale audience...but they wanted everybody, whether upscale or working class, to help them financially come pledge drive time when they needed listener support.

Larry Mantle has a wonderful "everyman" quality that has made me a regular listener on my computer. This week I heard an interview he did with Diego Luna and America Ferrera.  The former star of TV's Ugly Betty sitcom stars opposite Michael Peña as Chavez' wife and co-organizer.  That's Diego Luna on the right. 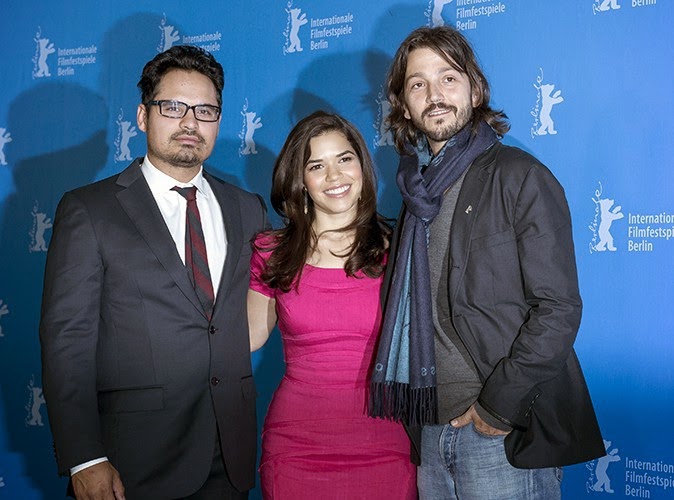 It was such a substantial interview about the biopic, about Hollywood and the Latino audience, and about film/TV diversity, that I wanted to share it.  Diego Luna and American Ferrera bring up some very wise points about Hollywood today and the marketplace.

Mexican-Americans, I'm proud to say, were part of my everyday life when I was growing up. They were friends, neighbors, teachers, classmates, cops, clergy, doctors, local merchants, etc.  In high school, Mexican-American buddies helped me in the classroom, in church when we served as altar boys, on the playing field during gym class and on the tough streets after school.  L.A. was ripe with Mexican culture, heritage, influence and people.  But, back then, it seemed like networks gave us only Chico and the Man.  Why couldn't a Mexican-American be the hip coroner like Quincy, or the MacGyver-like secret agent or the hot doctor on Medical Center, the private eye like Magnum, P.I. or the cool, loving dad like Bill Bixby on The Courtship of Eddie's Father?  As a black kid, I looked at TV and films for a reflection of the world I knew as a black person and as a minority who grew up with other minorities.

American Ferrera grew up in California too.  Listen to her talk about the impact Stand and Deliver made on her when she saw that 1988 biopic.

To hear Larry Mantle's interview, go to the link for KPCC.  Once you get there, click onto the Programs section up top and then click onto the AirTalk page.  When you get to AirTalk, look for the feature called "When Hollywood advocates, should people listen?"

I hope you enjoy his interview as much as I did.  The Twitter handle for Larry's show is @AirTalk.