Mom, Me and Dr. King

It was a most memorable moment with my mother during my high school years.  I was a kid during the turbulent, terrific 1960s.  That was the decade of the civil rights movement.  My two nephews are on the brink of starting their high school years.  Last year, one of their favorite new movies was Lee Daniels' The Butler.  I told them that the scenes of the civil rights movement were based on facts.  Facts that I remember from my youth.  I told them Dr. Martin Luther King was a real person.  Someone I remember from my youth. 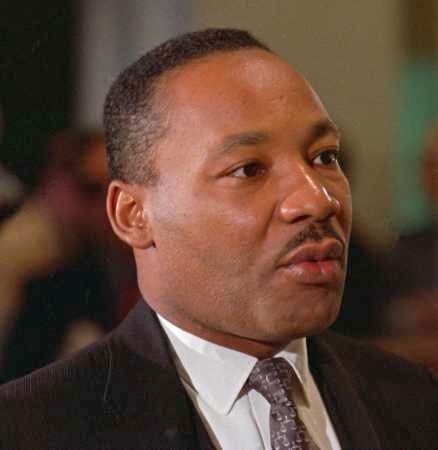 My nephews have so much technology readily accessible to them that it stuns me.  Each has a computer, a little texting device, an iPad...or whatever the heck they're called...and there's a big flatscreen TV in their room.  With a remote control.  I'm of that generation that had to get up, walk over to that big heavy box of lights in the living room and manually change the channel.  We also had to adjust the antenna or wire hanger-turned-antenna for a better picture.

With all that technology, they never watch the news.  Not a local or a network newscast.  In our house back in South Central L.A., watching the network evening newscast was a family ritual.  I grew up seeing Dr. Martin Luther King constantly in the national news headlines.  He was our civil rights leader.  Our champion.  Our inspiration.  When I was a youngster, black Americans were still demanding the right to vote, the right to an education, the right to equal work opportunities -- even the right to interracial marriage.  My bi-racial nephews don't know that there was a time during the life of Dr. King when interracial marriage was against the law in some states.  America needed change. 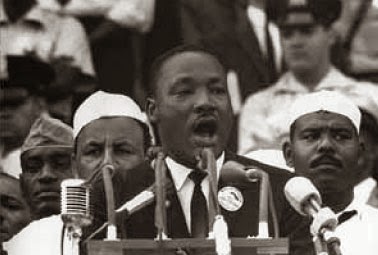 I've written about this before, but I believe it bears repeating.

Dr. Martin Luther King's voice in his last speech was like a powerful symphony orchestra unto itself.  At the time, I didn't know it was his last speech.  Millions of us didn't know it was his last speech.  I was standing in the living room, watching Walter Cronkite anchor the CBS evening newscast.  A story came on about Dr. King in Memphis.  Dr. King had gone to help the sanitation workers on strike.  He spoke to an assembly.  Through the decades, this is what we've now come to call his "I've been to the mountaintop" speech.

Look at his eyes.  There's an agitation, a restlessness, a psychic disturbance behind the eyes that becomes acceptance.  It's as if a spiritual vision appears to him as he speaks to the crowd, a vision of a destiny he cannot change and must accept.

Listen to his voice.  Like music, it is.  If you're a musician, listen to Dr. King lean on word "seen" when he valiantly declares "...and I've seeeeeen the promised land."  It's like a long, clear note from a mighty horn.

I vividly recall being young and riveted to the power of his voice in that news clip of his speech.  My mother had walked in from the kitchen and stood beside me to see the report.  When Dr. King told the crowd "I may not get there with you," she put her arm around me and gently said, "Listen to him, baby.  He may not be with us long."

Here's what we saw on the news that evening.  Here's what made us stand still.

Dr. Martin Luther King was killed the next day. 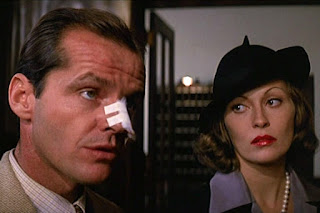