Madonna Does the NFL

I admit it.  I want to see Madonna perform in the Super Bowl halftime show.  The fact that she was selected to perform just confuses the heck out of me about network television today.  What are the rules?  What are the regulations?  What are they thinking?  I was probably the only gay man in the Chelsea section of New York City who was watching the Super Bowl the year of the Janet Jackson scandal.  In fact, I sat through the pre-game show AND the game.  I saw the Janet Jackson and Justin Timberlake number.  When he yanked off a small piece of her costume for the soon-to-be-called "wardrobe malfunction," I didn't have my glasses on.  It happened so quickly that I really wasn't sure what I'd seen.  It was a quick shot.  I could tell that a little brown object had popped out of something dark for a second or two.  And it was early February.  So I thought, "OK, does that mean six more weeks of winter...or an early spring?  Did it see its shadow?"  But those few seconds caused such a CBS network furor that some FCC folks wanted to take poor Janet out and burn her as witch. 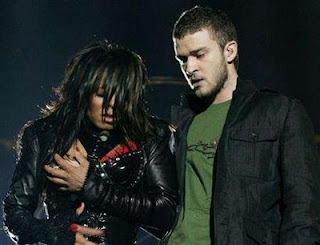 Have you seen prime time network television lately?  That 2004 "wardrobe malfunction" was tame compared to what we see young women do every week to hook a man they don't know into marriage on The Bachelor.  That reality show is a 2-hour whoopee cushion on the seat of America's feminist movement.  And there must be a new rule that the word "vagina" has to be said at least twice a week on a sitcom.  Don't get me started on CBS' Two and a Half Men.  I'm no prude.  But that's not a cable show airing after 9:00pm.  It's during family hours.  As an uncle, I will not let my two little nephews be in the room if I'm watching Two and  a Half Men.  The language is way too sexual.  If they do want to stay, I make them pretend like they're auditioning for a lead role in The Miracle Worker:  "Boys, Uncle Bobby wants you to stuff these cotton balls in your ears and walk around the living room.  OK.  Can you hear me?  Can you hear the TV?  No?  Good!"

So today we get Madonna.  Now there's a safe bet.  We gave all that drama to Janet Jackson.  So who do they hire?  Madonna!  The recording star/music video artiste who posed for photos in her coffee table pictorial publication called the Sex book... 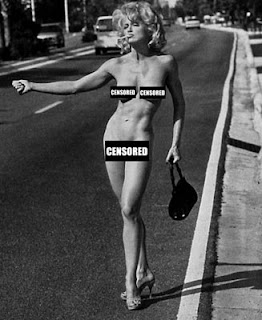 ...the pop diva who used the F-word a record-breaking 13 times in one appearance on CBS' Late Show with David Letterman... 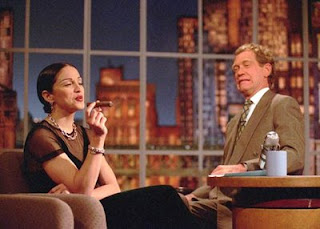 ...and years later made news when she went all Lesbyterian kissing Britney Spears on the MTV Video Music Awards telecast. 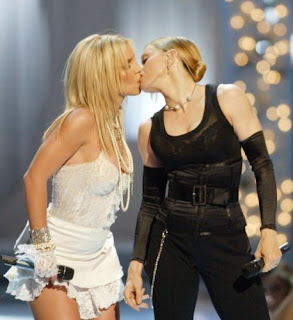 I used to be a VH1 veejay and talk show host.  I was employed by MTV Networks in the late 80s and worked on the same office floor as some of the MTV employees.  I remember when new Madonna music videos caused those hipster executives to have conniptions. One afternoon, I saw a couple of MTV production staffers fretting over Madonna's "Like A Prayer" video, soon to premiere.  They kept playing it on a tape deck, stopping it, seriously scribbling notes, then playing it again.  I asked if they were worried about the burning crucifixes behind her. No.  They were worried about Madonna kissing the feet of Jesus.  A black Jesus.  A statue of a black Jesus.  There was talk of shaving off a few seconds of her lips-to-fake black feet-contact.  But the burning crucifixes were fine. 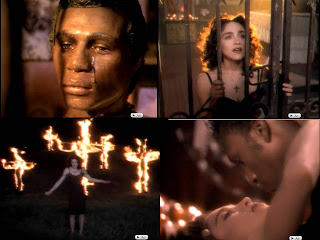 And there you have it.  Well...maybe now that she is a mother, an alleged film director, sounds like an unnaturalized Brit and gets mail from AARP, she'll be tamer.  Maybe.  But Madonna still is absolutely not the first "go to" person I'd think of for a mainstream act smack-dab in the middle of an über-hetero male sports event on live network television.  We shall see how she brings "the sexy" back to the Super Bowl show.  I wonder if Janet Jackson will be watching.  One more thing:  I still say that Madonna and Lady Gaga... 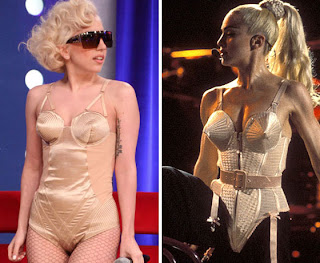 ...really should star in a rock music remake of All About Eve.  THAT could do well at the box offiice.  Happy Super Bowl Sunday.  Go Giants! 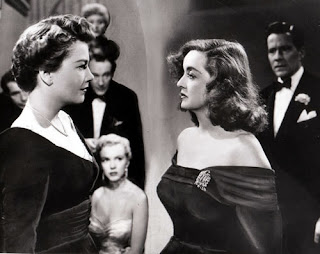