I have no idea what to expect in Sunday's Academy Awards telecast.  In a way, I wish it would start like the Grammys did -- a short prayer, one good upbeat song and then get right to the first award.  But it won't.  Billy Crystal is back as host.  He'll probably do some silent movie bits, maybe get that dog from The Artist, have some poop-in-pastry shtick inspired by The Help, dress in drag like one of the Bridesmaids and make a joke about the fact that theater lost its name when Kodak when bankrupt.  If the Academy brought back Billy Crystal,  why couldn't it go all the way and have production numbers choreographed by Debbie Allen?  Remember the year she had breakdancing Driving Miss Daisy characters?  Her numbers often had moments that were just so wrong they were right.

Also, the Academy seemed to go really bi-polar this year.  In the 1930s & 40s, there were ten nominees for Best Picture.  Then the field was reduced to five.  Last year, it was back up to ten.  This year, we've got nine nominees for Best Picture.  Instead of adding a critically acclaimed tenth like Jane Eyre or the last Harry Potter movie, they cut it off at nine.  One of them is a movie a lot of critics didn't like -- the Tom Hanks Sept. 11th drama, Extremely Loud & Glengarry Glenn Close.  Or whatever the heck it's called.  Then there's the Best Song category.  Did you know that back in the 1930s & 40s there were ten nominees in that category too?  Then it was reduced to five.  In the last few years, we've had less than five nominees because of really confusing Academy rules.  This year, we've got only TWO Best Song nominees.  Only two.  And, last I heard, they will not be performed during the telecast.  But they'll let Billy Crystal sing.  For all the years we had five nominated songs, we had to hear all five of them sung on the telecast.  That included sixteen Oscar shows with songs by Randy Newman.  He lost sixteen times.  Why?  BECAUSE ALL HIS SONGS SOUND THE FREAKIN' SAME!!!!  And we had to sit through each one.  Johnny Mercer gave us "Blues in the Night," "Accentuate the Positive," "That Old Black Magic," "Something's Gotta Give" and "Moon River."  Each a Best Song nominee.  What did Randy Newman give us?  Six rewrites of "Short People." I kept praying he'd write one called "I Wish I Was Harry Nilsson" so we could all just move on.  Finally, he won an Oscar.

The song Mary J. Blige wrote for The Help was so stirring that I sat through the closing credits to hear all of it.  Her song worked perfectly for that film.  No nomination.  Elton John wrote some sweet tunes for an animated feature called Gnomeo & Juliet. No nomination.  One of the two nominated songs this year was written by Sergio Mendes.  Yes...of Sergio Mendes and Brasil '66...the group that gave us some classic albums in the 1960s & 70s.  He can't sing on the Oscars but Billy Crystal can.  Don't get me started.

I have no great expectations for this weekend's Oscar show.  I can't make any predictions.  However, here's what I'm really hoping for:  A repeat of what happened in 1969.  That was the year Barbra Streisand in Funny Girl... 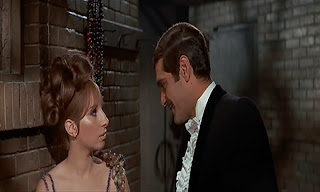 ...and Katharine Hepburn in The Lion in Winter... 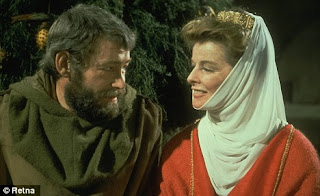 ...tied for the Best Actress Academy Award of 1968, the first tie ever in the Actress category.  Kate was famous for never attending the Oscars® ceremony, but screen newcomer Streisand was there for that very historic night. 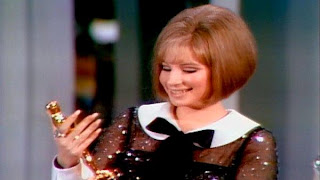 I wish that would happen Sunday for the two friends who previously acted opposite each other and got nominated for their performances in Doubt.  Meryl Streep was the Best Actress contender for her turn as the strict nun and Viola Davis was in the Best Supporting Actress category as the conflicted mother of the first black student at a New York parochial school in the 1960s. 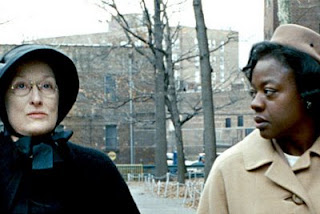 Both are now opposite each other in the Best Actress Oscar race.  Yes, this weekend I wish 1969 Academy Awards history would repeat itself.  Let Meryl's stunning work as The Iron Lady tie with Viola's brilliance as The Help.  They're both deserving. 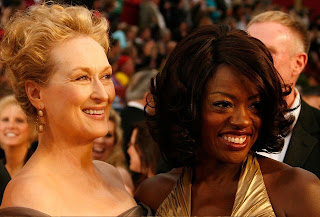