This little lady was one of the biggest talents in Hollywood.  She was making movies in then early 1940s but she really hit her film stride as an actress in the 1960s and 70s.  Ruth Gordon, a Broadway veteran, won the Best Supporting Actress Oscar for Roman Polanski's creepy 1968 occult thriller, Rosemary's Baby starring Mia Farrow. 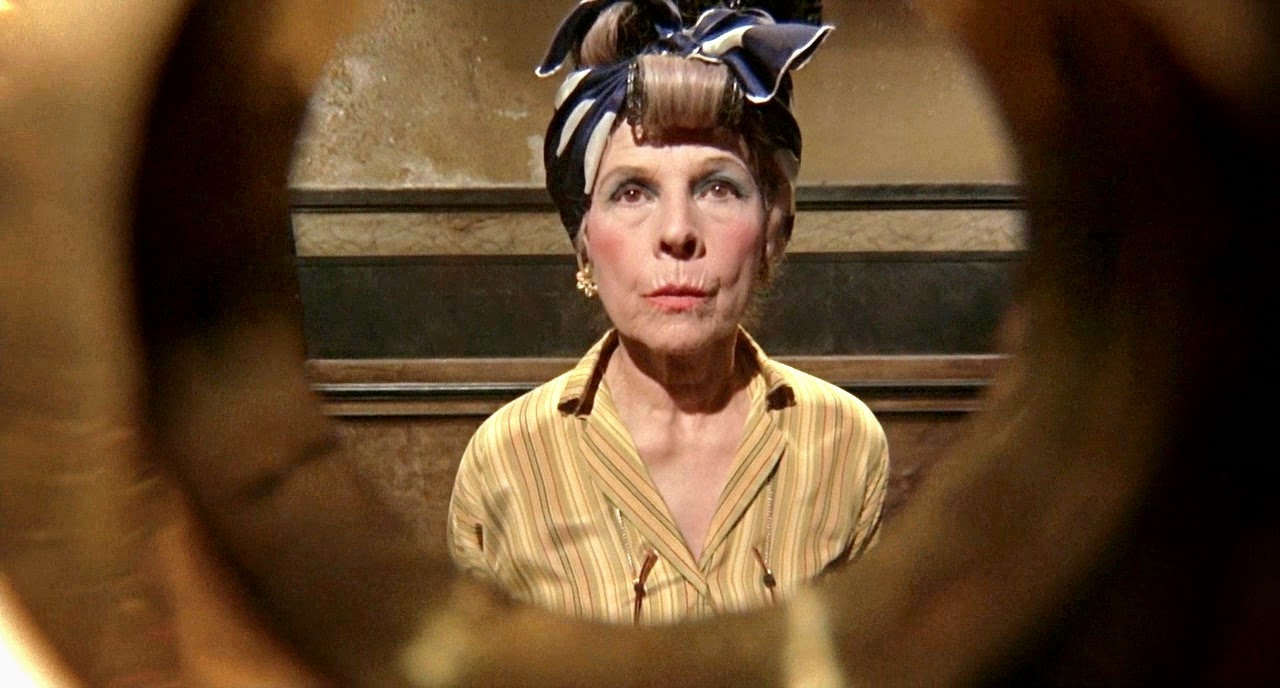 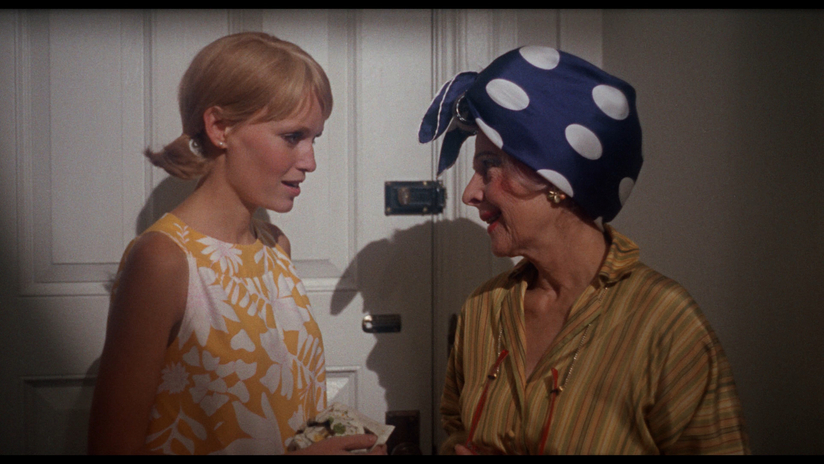 When I was a teen-ager, fellow students buzzed about how terrifically cool she was in the quirky comedy, Harold and Maude.  This 1971 comedy was a big counter-culture hit with young moviegoers.  Ruth Gordon was a senior sensation at the box office. 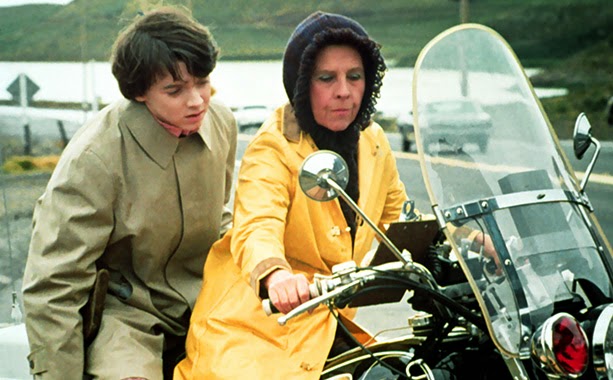 If you saw the vibrant, smart Y Tu Mamá También -- a coming of age road movie that was one of the best films of 2001 -- you know it opens with a naked young couple engaged in some passionate lovemaking under a large Harold and Maude movie poster.  That was a clever touch from director Alfonso Cuarón.  Foreshadowing, if you will. 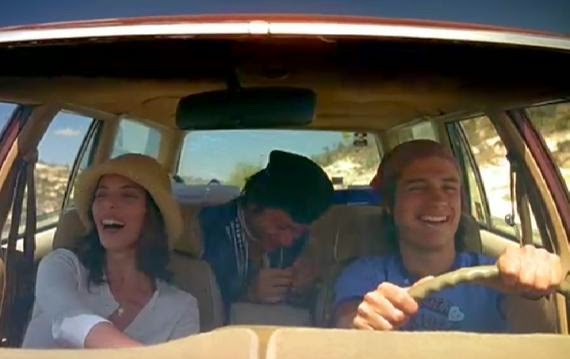 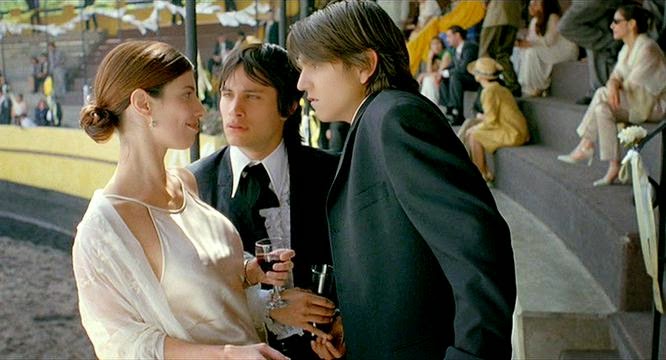 I thought of Ruth Gordon when I watched Michael Keaton be excellent in Birdman.  In that surreal comedy about self-respect, validation and reality, he's an actor whose occasional delusions give a madness to his stage work that makes his performance brilliant.  He's fearless.  He takes risks.  The actor listens to the Birdman voice in his head. 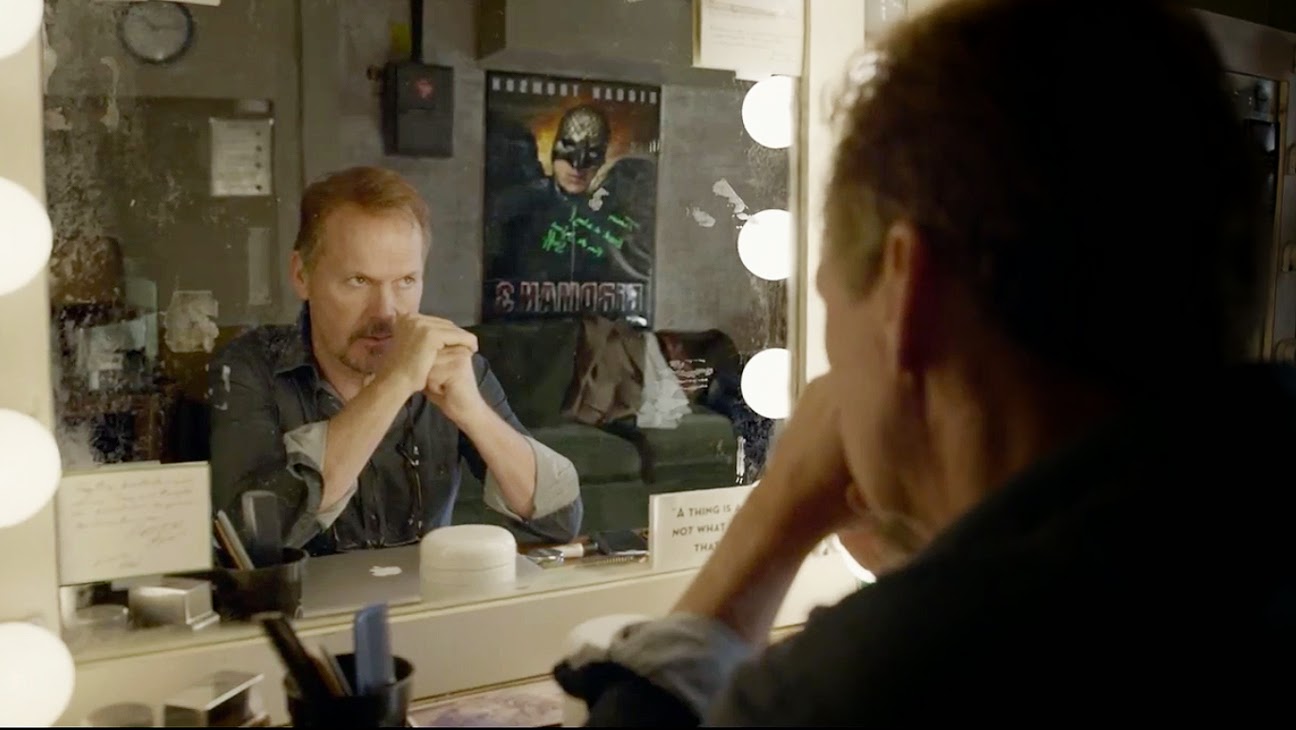 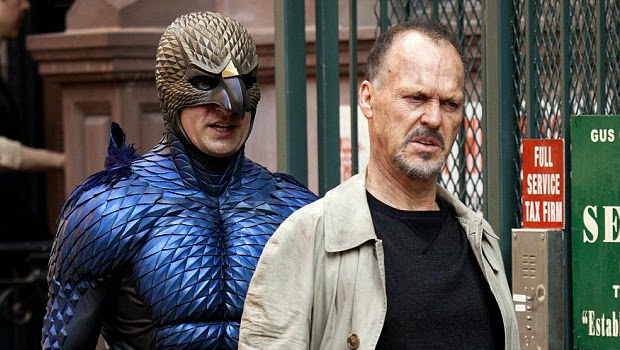 One of Gordon's Oscar nominations came for the classic film drama, A Double Life.  You don't hear this movie get mentioned a lot but, believe me, it's good.  If you liked Ronald Colman in Lost Horizon and Random Harvest, you need to see him in A Double Life as the charming, delusional middle-aged Broadway actor.  He lives his roles.  Like Birdman, he seeks more challenging material.  He doesn't want to do the light entertainment that made him famous.  He lands the great tragic role of Shakespeare's Othello. 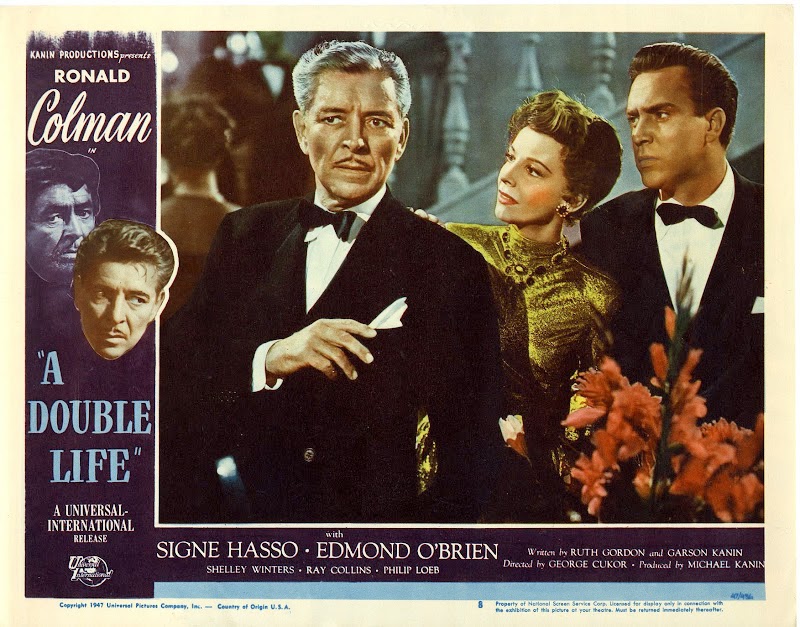 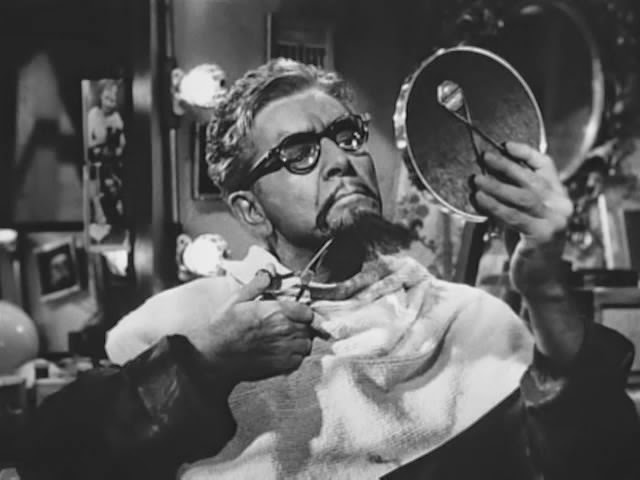 His co-star onstage in Othello is his ex-wife.  She still loves him. 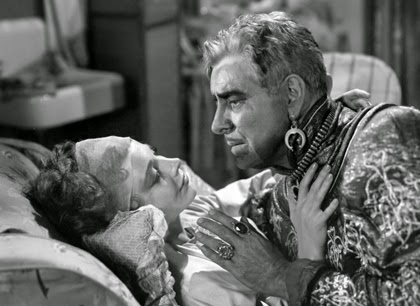 He also drifts into a relationship with a sexy blonde waitress (played by Shelley Winters.) 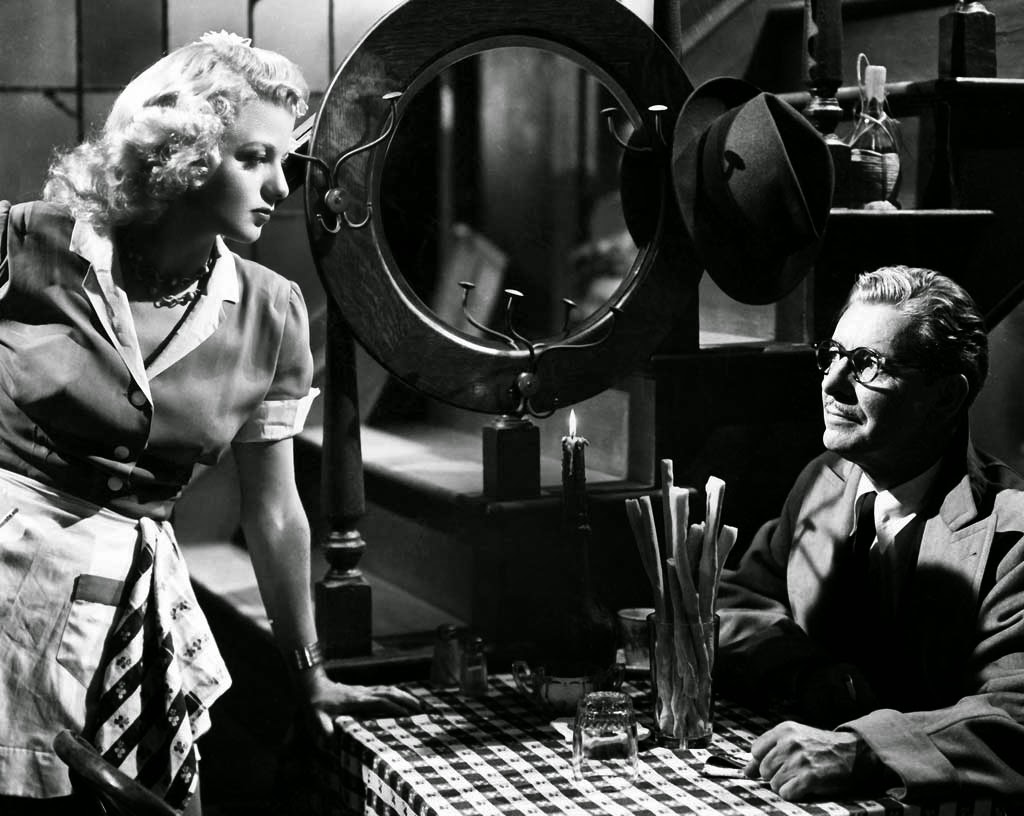 Like Othello, the actor gets jealous.  You get the feeling that this affair will not end well. 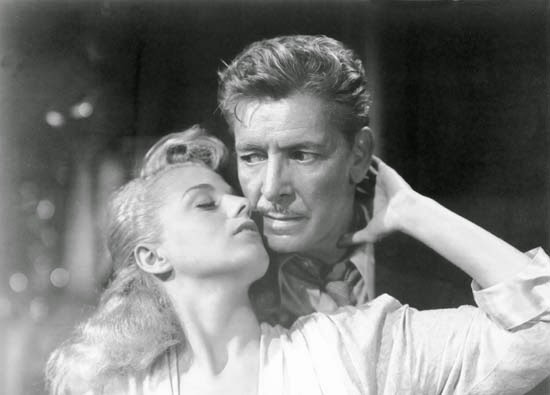 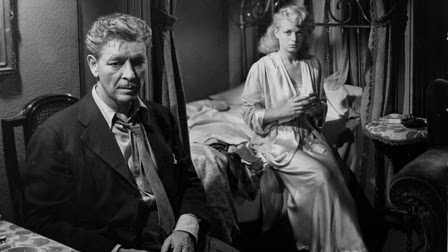 The actor offstage and the classic character he plays onstage seem to become one. 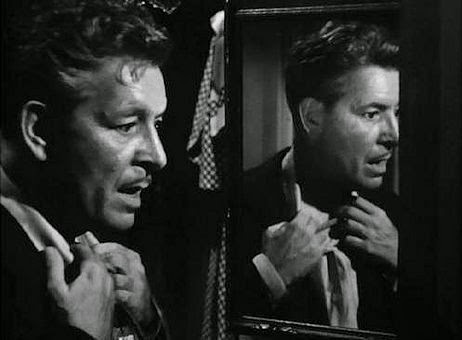 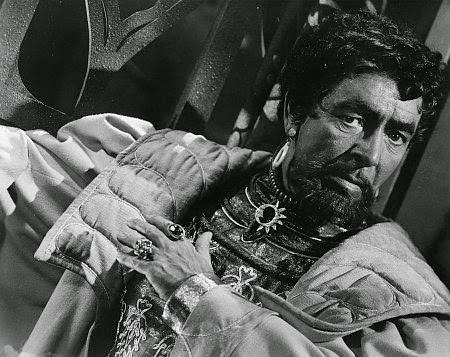 His madness in real life makes for a brilliant performance on Broadway.  Ronald Colman won the Oscar for Best Actor of 1947.  He earned it.  What did Ruth Gordon have to do with Colman's Oscar victory?  Listen to my short podcast about this multi-talented woman:
bobbyrivers.podomatic.com/entry/2011-03-17T05_10_32-07_00. 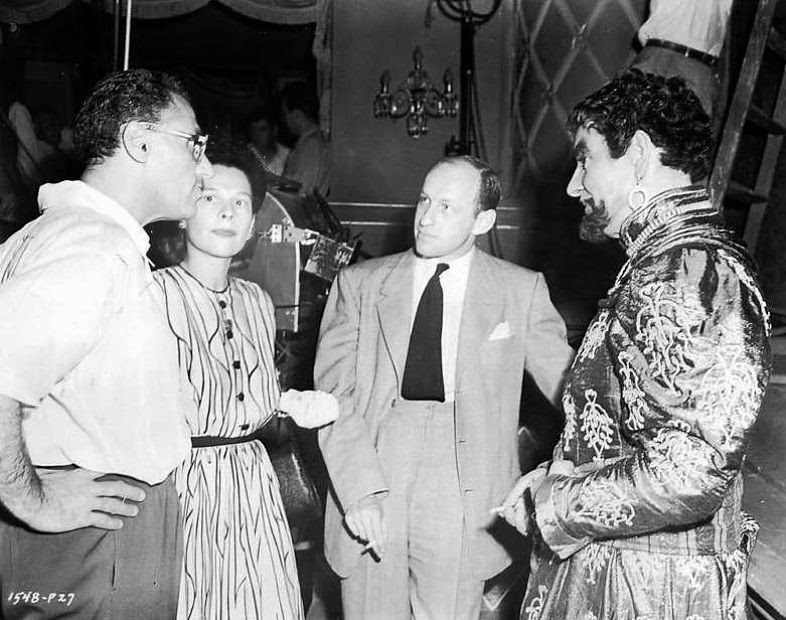 Here's a pic of Ruth Gordon and hubby/co-writer Garson Kanin with Spencer Tracy and Katharine Hepburn. 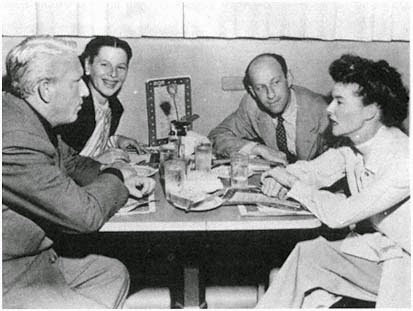 1947's A Double Life.  I'd like to see that one updated and remade starring Idris Elba. 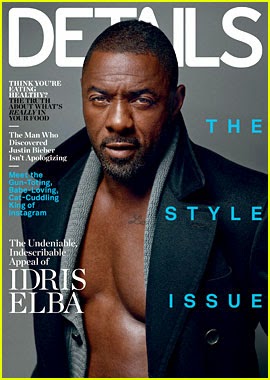