On IT'S ONLY A PLAY

I admit it.  In the 1990s, I was once in a show so bad that the first three words of one major newspaper review were "Not since Chernobyl..."  I totally understood how the playwright played by Matthew Broderick felt in IT'S ONLY A PLAY, the show now filling seats at Broadway's Schoenfeld Theatre on West 45th Street. 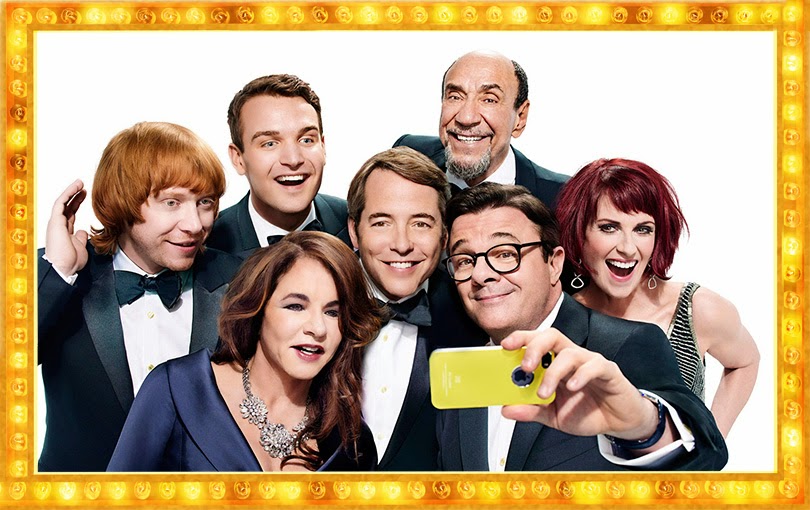 The playwright, actors and producer in this opening night story have something in common with us all. They want to be liked.  They want to be validated.  They want their hard work to be appreciated.  But they're constantly at the mercy of critics -- people who are to the theatre what ants are to a picnic.  And, let's face it.  It's easier to review a play than it is to write one.

It's Only A Play has the kind of celebrity name-dropping and wickedly catty comments about the rich and famous that put it in the same category as The Man Who Came To Dinner.  Just like that play, this one could become quickly dated because of changing times and celebrity culture.  Look at the funny 1940s movie adaptation of The Man Who Came To Dinner.  Nowadays, some young viewers would not be familiar with Somerset Maugham, Deanna Durbin, Eleanor Roosevelt and other celebrity names dropped.  But a comedy like Neil Simon's The Odd Couple can still play to the masses because it's more mainstream.

A hightone  acquaintance of mine criticized Terrence McNally's It's Only A Play with the remark that name-dropping does not constitute satiric comedy.  Maybe not.  But I wouldn't want to spend a Saturday night with him.  I wouldn't want to spend it with a snooty Poindexter know-it-all.  In the last three years, I got hit hard by the Great Recession.  I lost my job, my apartment and most of the stuff in it.  Then I nearly lost my mother.  I've been in New York City for a few weeks of auditions and job interviews.  I needed some big laughs and It's Only A Play delivered.  Is it a great play?  No.  But it is very entertaining.   I would definitely go to see it again on a Saturday night. 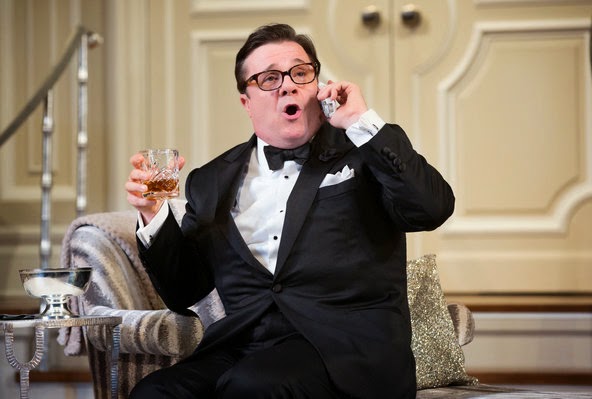 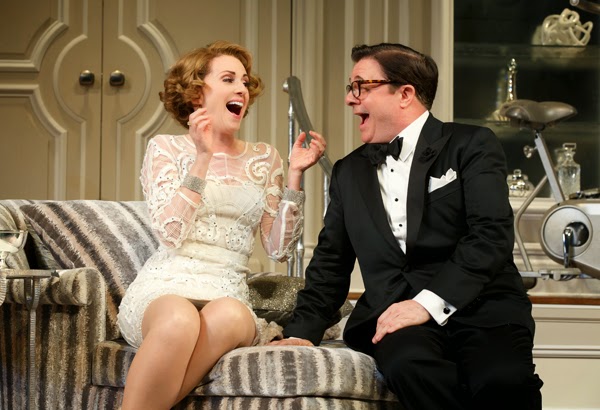 Stage-turned-TV sitcom actor James Wicker is exactly the kind of character with exactly the kind of outrageous dialogue that you want to see in a role played by Nathan Lane.  He is terrific.  There are actors who never get the kind of ovation in their entire careers that Lane got for his entrance.  New York's love affair with Nathan Lane continues.  Matthew Broderick has, once again, a fine co-star chemistry onstage with Lane.  They have definite personality together -- more than Broderick has alone. 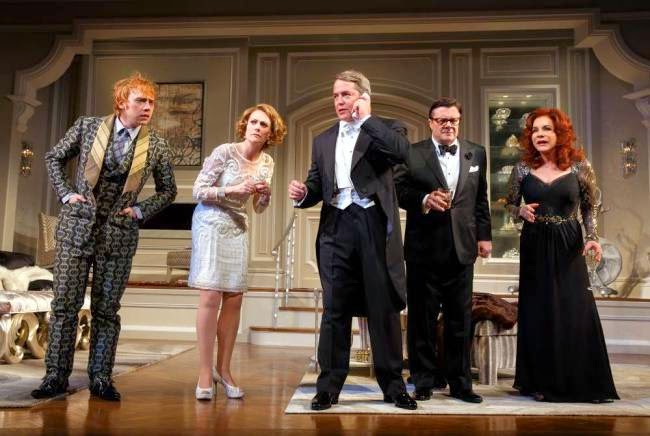 The sitcom actor and the playwright are best friends.  Two top veterans -- Stockard Channing as the diva actress out of rehab and F. Murray Abraham as a critic who's a playwright wannabe -- have been giving us laughs since the 1970s.  Abraham,  the Best Actor Oscar winner for Amadeus who is elegant and touching in this year's movie, The Grand Budapest Hotel, was a hoot as the flaming queen in McNally's The Ritz onstage and on film.  Channing and Abraham show they've still good sterling comedy chops in this production.  Channing's diva actress is the kind of deliciously out of control woman that would've gotten big audience laughs from Joan Rivers.  The diva star is foul-mouthed, fearless and fabulous.  Channing first clicked with TV audiences as the ugly duckling-turned-sexy killer swan in one of the best of the ABC Movie of the Week made-for-TV movies.   The Girl Most Likely to...  was a clever, wickedly funny and still relevant black comedy/murder mystery.  The hit 1973 original network feature was written by Joan Rivers.  It co-starred Ed Asner as a bumbling detective. 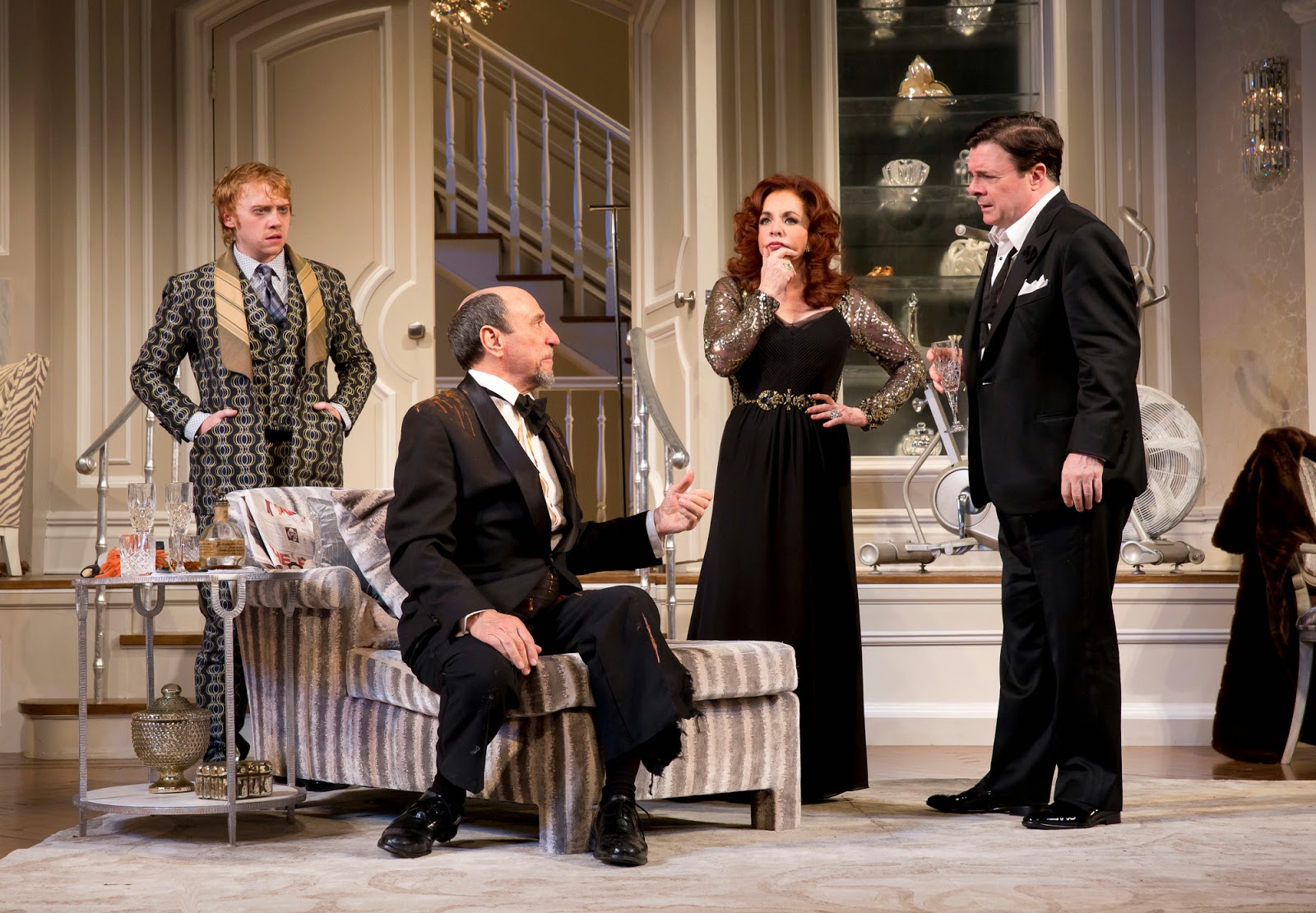 Lovely and versatile Megan Mullally stars in McNally's comedy as the ditzy producer.  Rupert Grint seems to be having lots of fun modeling his stage director after the British bad boy characters Malcolm McDowell played so well in movies in the 1970s. 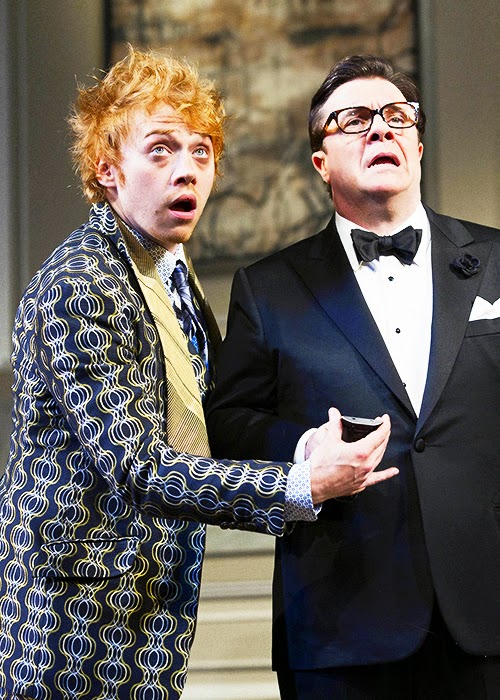 Tall, lanky newcomer Micha Stock is an absolute hoot as clueless young Gus, sort of butler at the opening night party.  Gus' send-up of a big number from Wicked was better than some new network sitcoms I've seen this month.  In fact, if this was the era of the Norman Lear sitcoms and The Mary Tyler Moore Show, Micha Stock would've been hired for featured TV roles in a heartbeat. 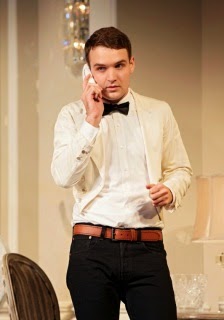 This McNally plays does touch on some food for thought -- like the current state of Broadway's home in New York City.  The theatre district is now starting to look like a Midwest mall.  As Broderick's playwright says, cherished old theaters get torn down but they're not replaced with new ones.  A hotel goes up instead.  How does that affect the arts and future theatre artists in New York City? 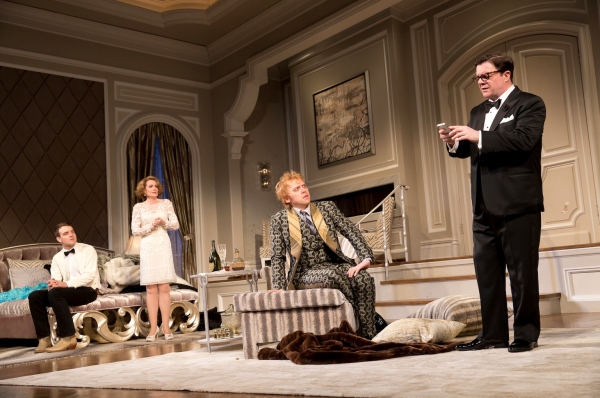 About reviews -- we also wonder if actors can take criticism, even if it's constructive and accurate.  Or do their egos make them want to read only good things, even if they're inaccurate.  You have to give actors and playwrights credit for their durability.  With movies, the actors have finished the project and made their money when the reviews come out.  A movie can get panned by the critics but still go to become a box office hit that spawns a sequel.  In TV, changes can be made and a show can continue after some sharp reviews.  But with the stage, the show is frozen.  A bad review can cause a production to close.  McNally knows that first-hand.  He wrote the book for a musical based on Steinbeck's East of Eden in the late 1960s.  Its opening night was also its closing night.

Another thing to keep in mind is that bad reviews are often fiercely funny and quite quotable.  There's snarkiness in this play that will appeal to today's social media generation.

It's Only A Play is like a theatrical version of TV's reality show, Survivor.  The company of this new play wants to survive in Broadway's concrete jungle and the one person they want to vote off the island of Manhattan is the highly influential theatre critic for The New York Times.  Behind the refreshing vulgarity and the bitchy comments, we see a quickly fading NYC.  We lost three famous women this year who typified the inimitable New York City show biz dame -- Elaine Stritch, Lauren Bacall and Joan Rivers.  Who can follow them?  The Kardashians?  I don't think so.  In a way, McNally shows us the New York City that we're losing as our city becomes more and more generic -- like a mall.

I loved spending a night with those entertaining Terrence McNally characters.  I hadn't laughed that much at a play in years.  I thank It's Only A Play from the bottom of my funnybone. 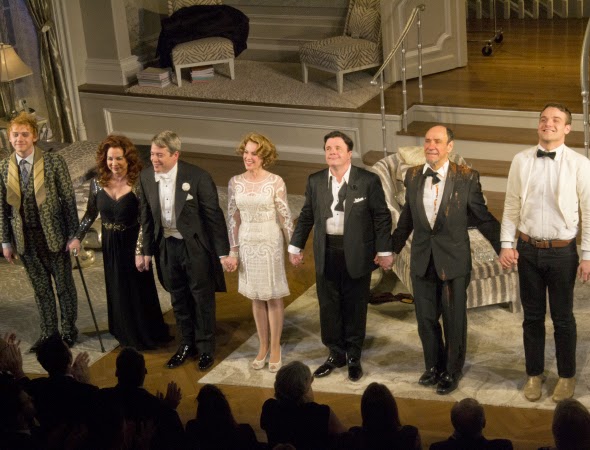