We're in the age of microwave stars.  American Idol and The Voice pop out instant singing sensations.  Show biz today is full of youths who want to know the quickest way to Red Carpet photo opportunities.  But do today's young hopefuls think about doing the work, the actual hard work, as much as they think about being on the Red Carpet and going to a hot party afterwards?  Do they think about doing the work that will give their careers longevity?

I'm staying at a friend's place while I'm here in New York City scoping out meetings and auditions.  When I got back to the apartment, Network, the 1976 classic, was on TCM.  There was Robert Duvall as the ruthless network executive who dislikes the aging news anchor, Howard Beale.  I'd just returned from a preview.  I saw Duvall star as The Judge, a new film that opens this coming Friday.  He's the best thing in this new courtroom drama that examines the fractured relationship between a respected small town judge and his big city lawyer son.  The hotshot lawyer son returns to the small town for his mother's funeral.  He needs to heal his relationship with his widower dad. 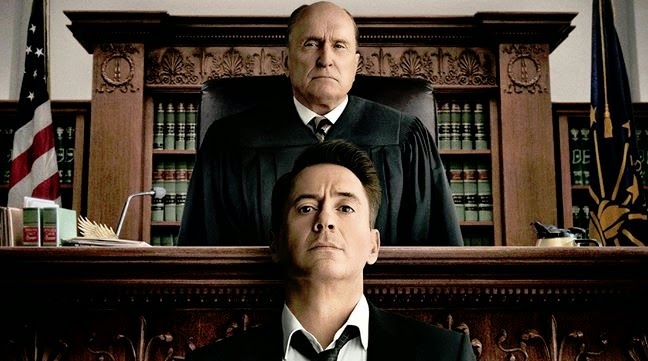 If you saw the trailer for The Judge in movie theaters over the summer, you know that trailer starts with a clip of a men's room scene.  Downey's super-cool character pees on another lawyer.  You expect a comedy/drama that eventually focuses on a frayed parent/child relationship. 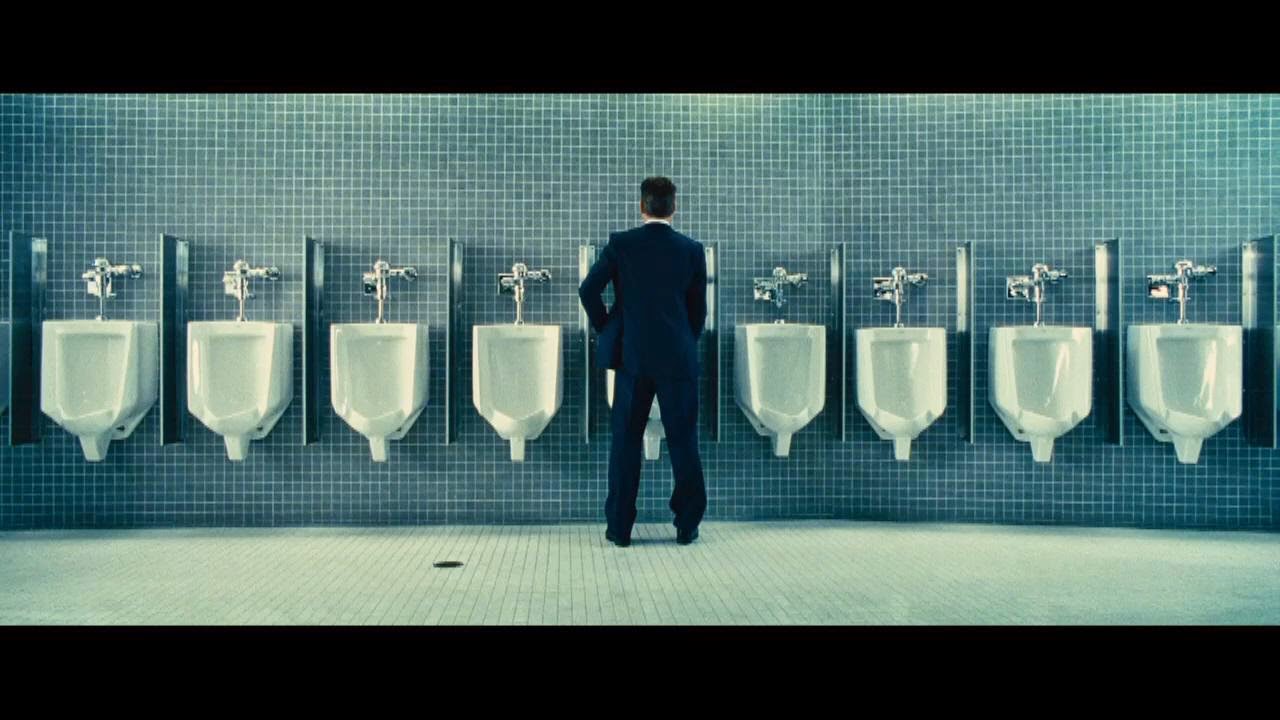 Recently, ads for The Judge dropped the over-the-top men's room business and focused on the serious father/son problems.  That's a bit of the problem with the script.  The director, David Dobkin, doesn't know if he wants to go with comedy/drama or just drama.  He's doesn't seem to trust his audience to connect to a story without some MTV generation broad business in there.  For instance:  there's a local lawyer who gets nervous before he goes trial.  He throws up in front of the courthouse.  We could've seen the actor's head duck out frame as he bends over and hurls on a patch grass.  No.  We got a graphic puke shot.  We get it again for a later court date.  We get it a third time.  That was uninspired direction in a film starring talented, inspired actors.  Then there's language.  Downey's character drops the F-bomb a few times at the beginning in a heated argument with his hot babe, soon-to-be-ex wife.  I'm not a prude about language.  But there's an intense verbal argument between father and son during a storm -- and the F-word comes up.  That's not a word you use talking to a parent but it works for this ugly, intense argument.   The F-word would've had more punch to the gut if the director had cut out the early F-bombs and saved the word power for that important argument scene.

Once the film settles in on the serious vehicular crime, the widower judge's failing health and the root of the anger between him and his son, the movie gets markedly better.  David Dobkin's other directorial credits include Wedding Crashers and Fred Claus, both starring Vince Vaughn.

Duvall rises above the material.  Wow.  I'm sure I'm not the only one who's loved his work since To Kill A Mockingbird (1962), Bullitt (1968), The Godfather (1972), Apocalypse Now (1979) and his Best Actor Oscar win for Tender Mercies (1983).  He's still got it.  Full, total commitment, honesty and great economy.  There's nothing showy about him.  He and Downey are a father and son who merely tolerate each other at the beginning of the story.  We don't know what caused the schism in their relationship.  The judge tries to hide his embarrassing memory loss.  One night, he drives to the store and gets into an accident.  There's a fatality.  The judge is handcuffed and needs a lawyer.  The judge is charged with murder.  Enter the  estranged, angry attorney son. 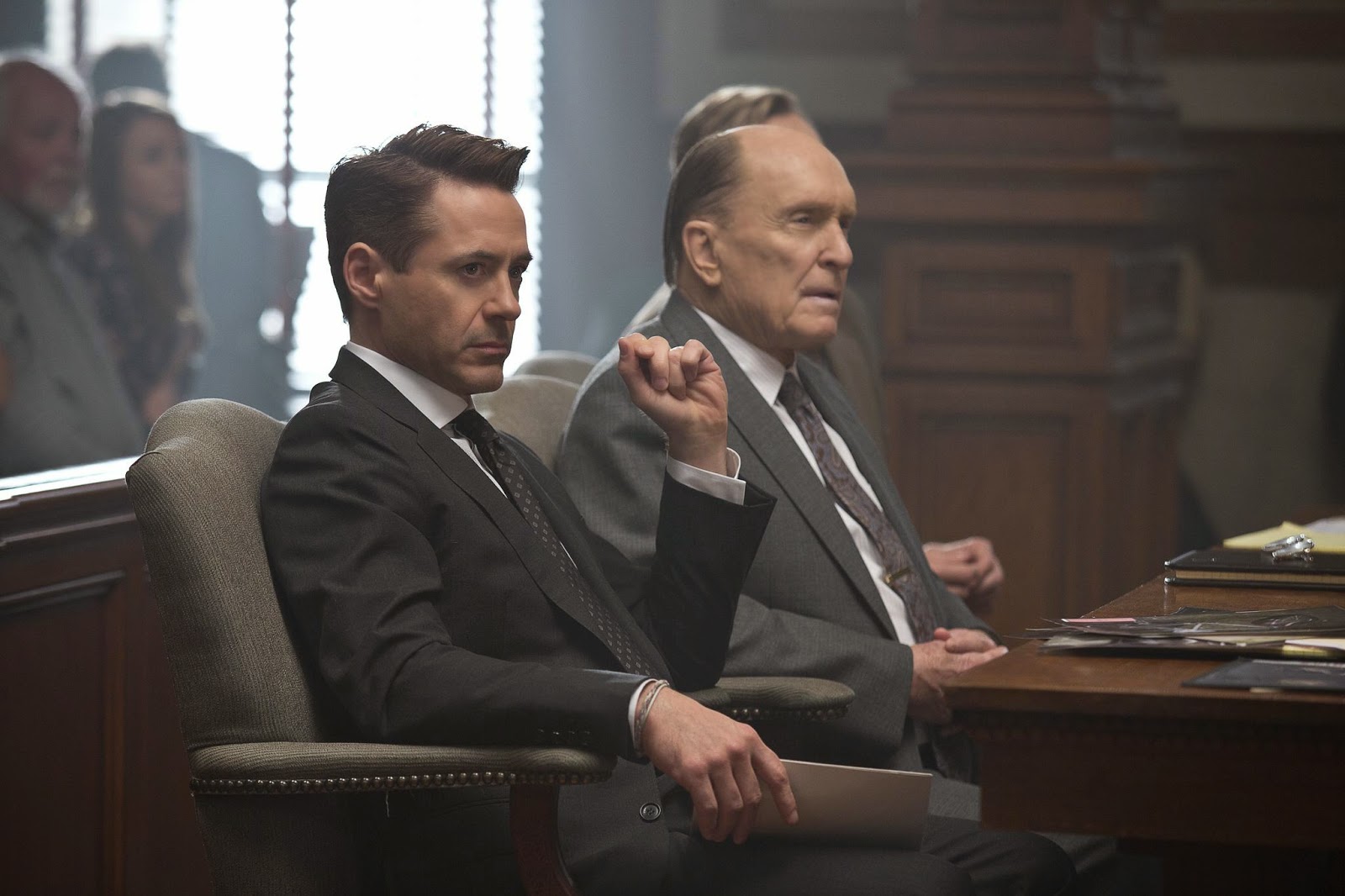 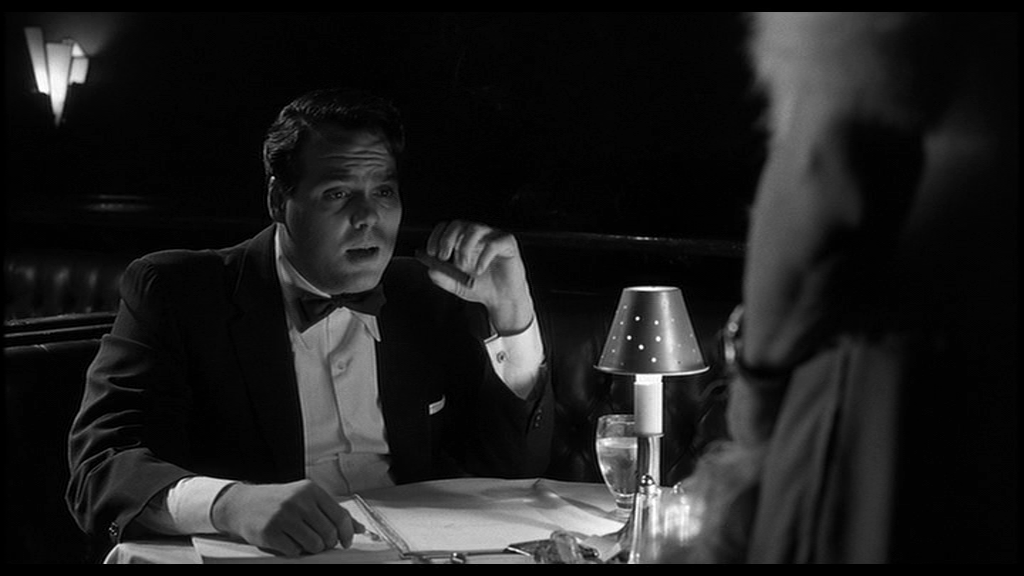 D'Onofrio looks even more like a burlier Orson Welles in The Judge. 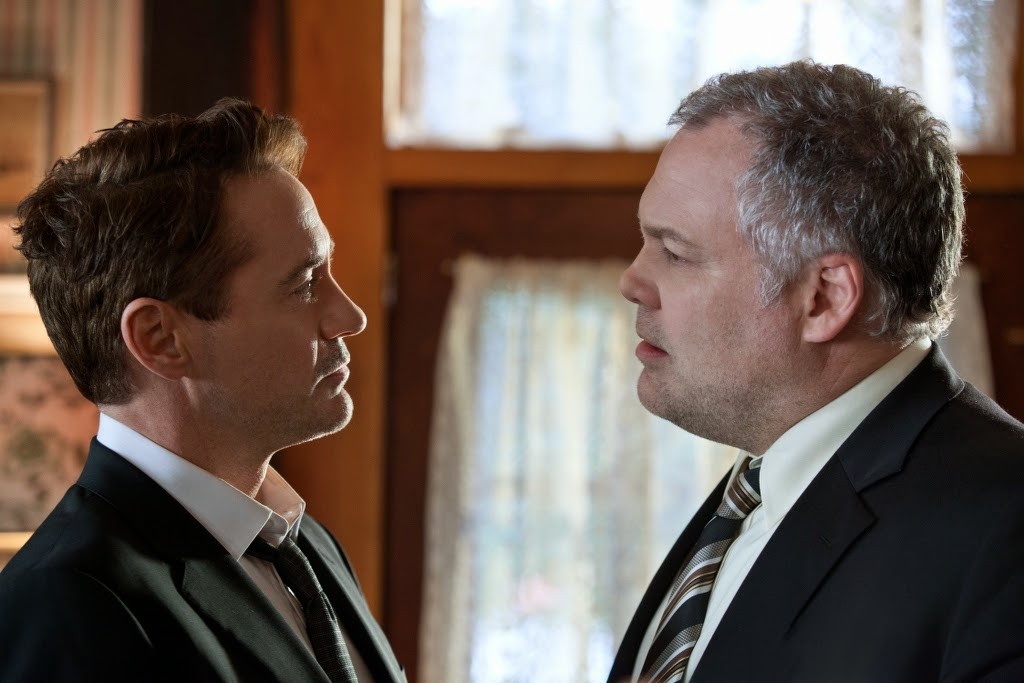 Without the bad words and the tri-puke business, this would've been  the kind of vehicle we'd have seen as a special made-for-TV movie back in the day.  In fact, this movie could've effectively told its story in the old ABC Movie of the Week length -- 90 minutes.  It runs about 2 hours and 15 minutes.  Longer than the Orson Welles classic, Citizen Kane which clocked in at 2 hours.  Heading a talented cast is Robert Duvall.  He's a living lesson in career longevity that young actors should watch and study.  Duvall is 80-something.  Duvall is excellent as The Judge. 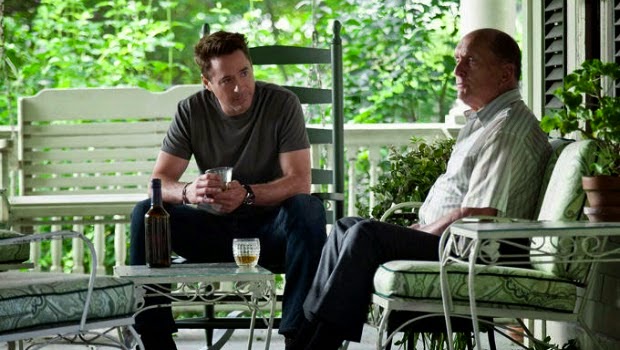 Duvall paid more attention to doing the work than the did to getting on the Red Carpet and going to a hot party afterwards.  He's got the celebrated resumé to prove it.
at October 08, 2014