On TV: Those Twisty Teeth

Have you seen Twisty the Clown on this season's American Horror Story?  If you saw him, you'd remember him.  He's got a set of choppers that you just can't forget. 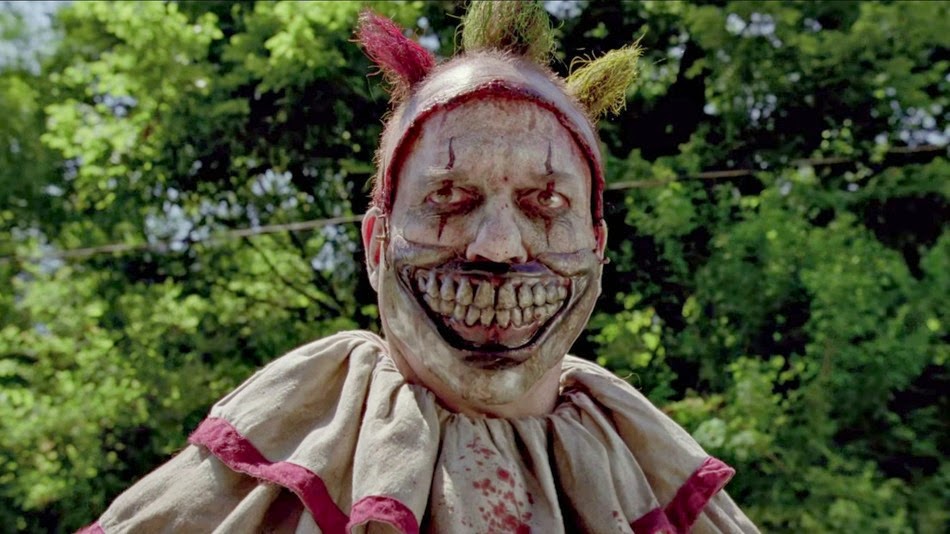 Look at those teeth.  Aren't they scary?  That's not a clown you book for a children's birthday party.  Not unless the kids are in The Addams Family. 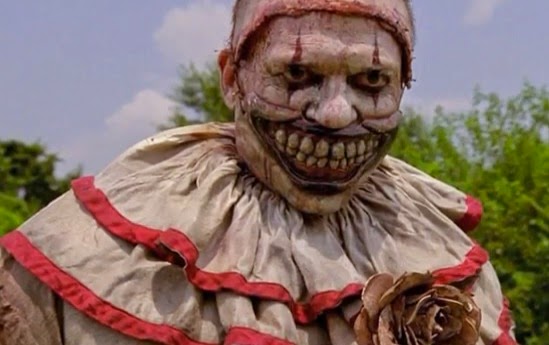 It's obvious that folks in the American Horror Story production team appreciate classic films.  One classic silent film provided the inspiration for Twisty the Clown.

Actor Conrad Veidt is famous to millions of classic film fans as the Nazi villain, Major Strasser in 1942's Casablanca.  Veidt starred in a number of silent films that were quite influential.  In one of them, he played a young noble whose face was surgically disfigured by order of a despotic king.  Years later and because of his disfigurement, he joins a traveling circus troupe and becomes a top act.  In 1928, Conrad Veidt starred as Victor Hugo's The Man Who Laughs.  Veidt's make-up made his screen character memorable.  There was an elegant horror to his disfigured face.  His face gave circus audiences a start when it popped through the curtain.  The noble is now a circus freak. 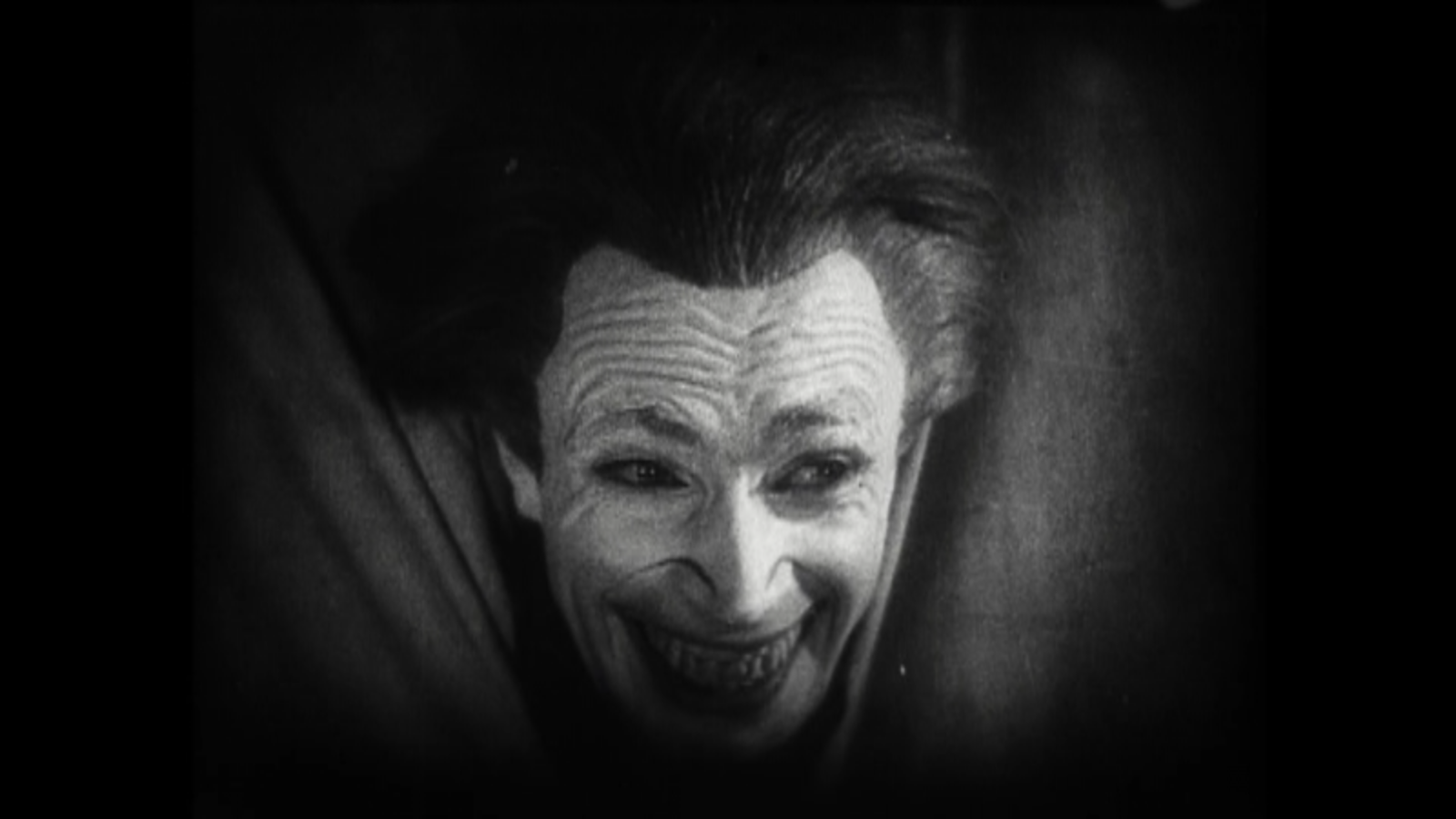 He is conflicted about his looks when true love comes into his tortured life.  He will discover that love is blind. 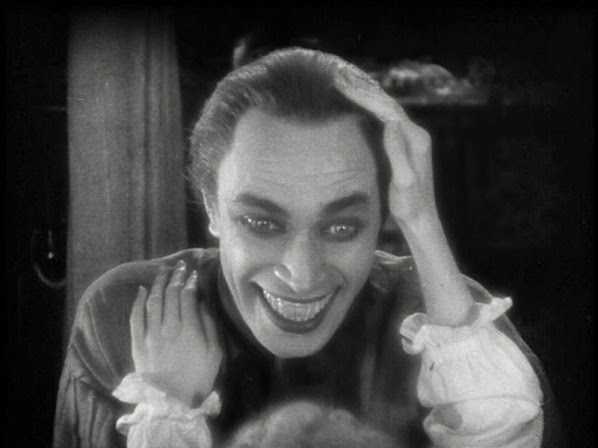 Veidt's face as The Man Who Laughs reportedly inspired illustrators such as Bob Kane when creating The Joker for the original Batman comic books. 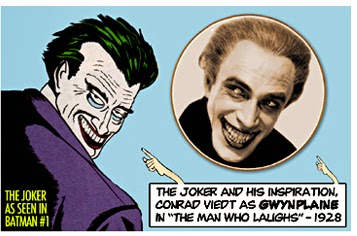 In 2005, the film and Veidt's silent screen look continued to be referenced by illustrators. 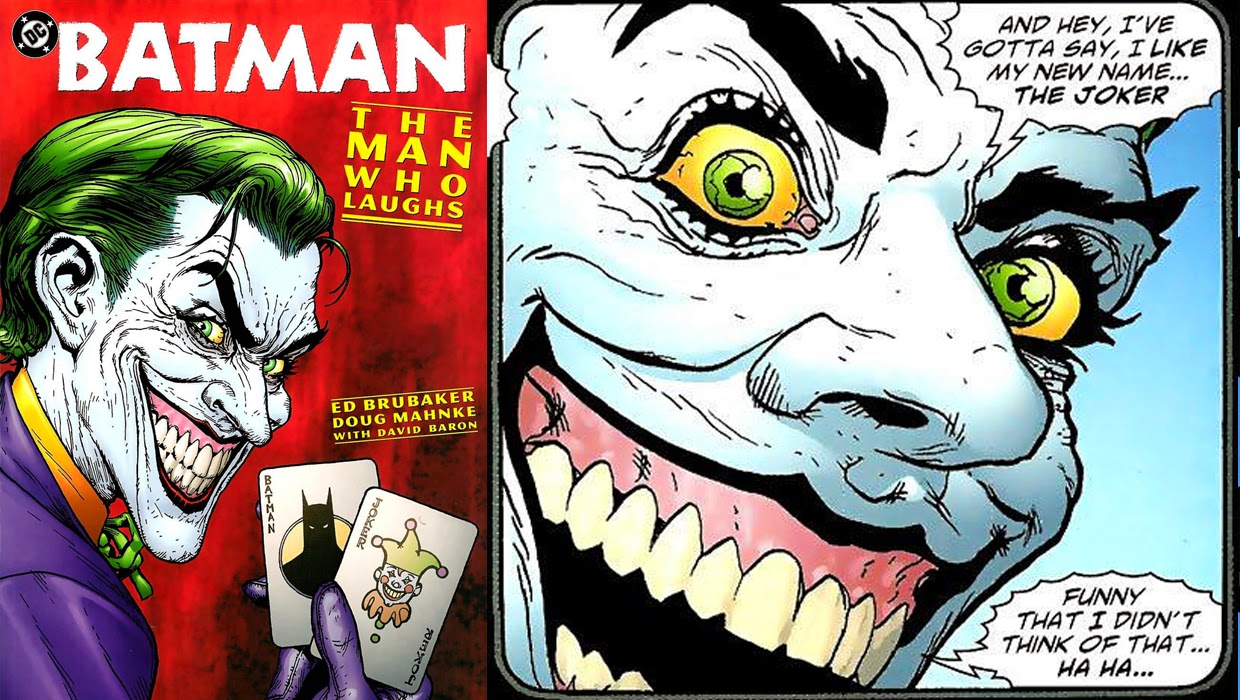 In a way, Twisty the Clown's teeth have stood the cinematic test of time considering that they were inspired by a deformed smile first seen in 1928.

By the way, if you want to see a compelling performance, watch and study Conrad Veidt as The Man Who Laughs.  It's a silent film.  Today's young actors can learn a lot from Veidt's physicality in the lead role.  He poetically evokes all the feelings of this mistreated, grotesque, human man.  It is truly a film classic anchored by a great lead performance. 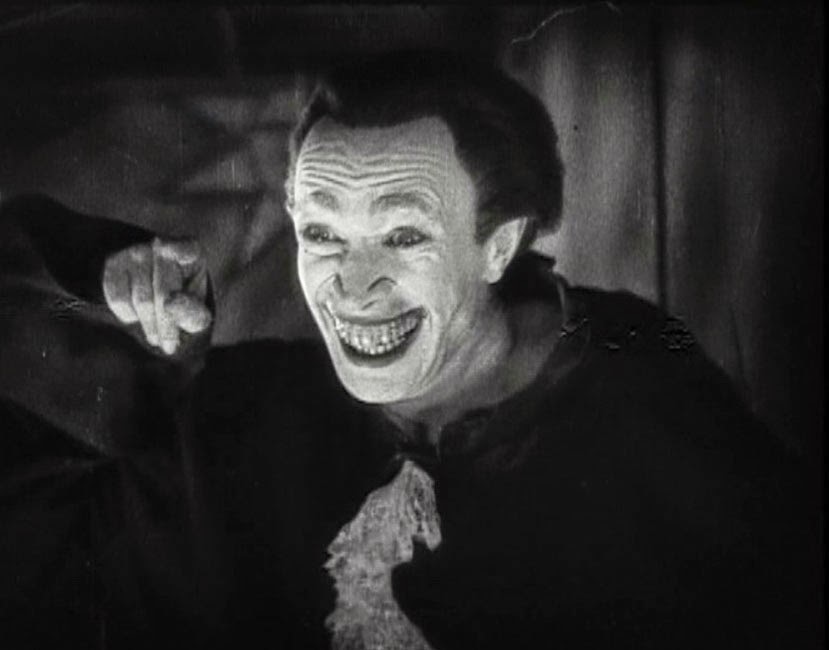 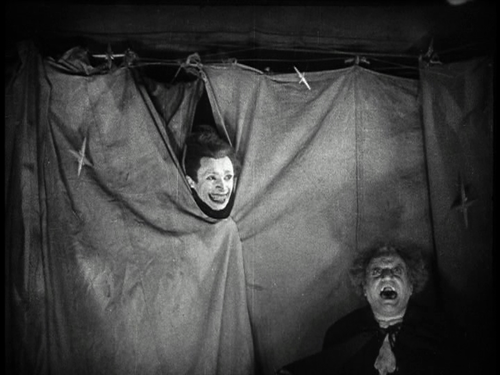 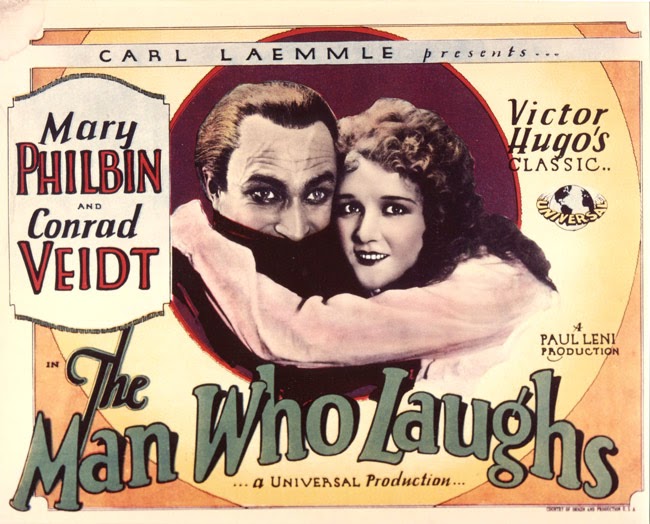 For another lesson in excellent physicality during a film performance, watch John Carroll Lynch in 2007's Zodiac.  Based on a true serial killer murder mystery that made national headlines, Zodiac was directed by David Fincher (Fight Club, 1999).  He gave us this year's hit, Gone Girl.  The scene you need to see is Lynch's police interrogation scene.  He plays a big, brawny, bad-tempered single man.  He knows that the police suspect that San Francisco's  Zodiac serial killer may be a gay man.  He's extremely self-conscious about his movements and mannerisms during the interrogation.  He doesn't want to move in a way that will make him appear gay.  He doesn't want his temper to get him in trouble.  He's at odds with the cops.  He's at odds with himself. 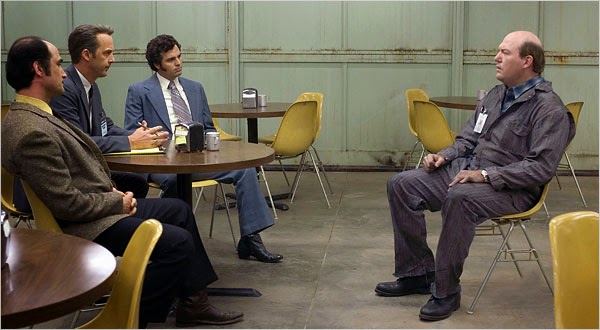 John Carroll Lynch is brilliant in that scene.  On American Horror Story, the actor plays Twisty the Clown.