This is December 1st, World AIDS Day.  If you have lost a loved one to AIDS, someone who changed your life and brought a great light into it, I know how you feel.  My heart is a red ribbon.

Last night, I watched a Spanish drama that I reviewed when it was released a few years ago.  I was the film reviewer on Whoopi Goldberg's syndicated weekday morning radio show out of New York City.  She'd seen The Orphanage.  She enthusiastically loved it and so did I.  I saw it in an intimate screening room in Manhattan's theatre district.  Everyone else in the room loved it too.  The movie did not get much attention when it opened.  I don't know why American audiences didn't embrace this well-done, wonderfully acted foreign film.  They should have.  For my top ten favorite films of 2007, this one made the list.  It's a fine, edge-of-your-seat supernatural mystery produced by Guillermo del Toro, the man who produced and directed 2006's Pan's Labyrinth.  Such beautiful, frightening creatures in that fantasy!  Simón, one of the sweetest children you could ever hope to meet, lives happily with his parents in a big house that used to be an orphanage. 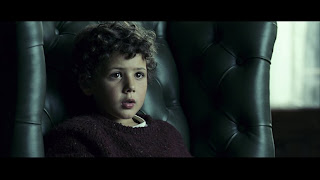 Simón is HIV+.  His mom and dad are not his birth parents.  Simón was adopted.  His dad is a doctor.  A loving and very logical man.  Laura, his playful mother, was an orphan who lived in that seaside building before she grew up, bought it and turned it into a home.  She was happy in the orphanage.  She loved and never forgot the other children.  Simón and his mother have sort a Peter Pan and grown Wendy type of closeness.

A lighthouse can be seen from his window.  Late at night, when she puts his worried mind at ease while they talk about it, Laura says "But the light's invisible.  It protects us."  Light will be predominant in this double mystery.  Wall fixtures, lamps, light seen at the bottom coming from the other side of closed doors, flashlights.  And the word "invisible" will be important.  Simón talks about playing with his invisible friends.  His parents take it with good humor at first.  Then there's an urgency when he talks about them.  This gets on their grown nerves, as it would any other average parents.  Then Simón disappears.  For six months, Laura remains passionate in her search with police.  Six months.  And Simón is a child who would need his HIV medication.  The day he disappeared, he'd mentioned one of his invisible friends.  This friend was in a cave on the beachfront.  A cave that fills with water when the tide comes in.  Laura races to the spot, chased by her husband.  She sees the invisible friend.  He doesn't.  At the children's party before her son disappeared, was the kid in a sack mask real or was that an apparition Laura saw? 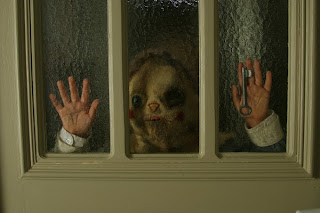 The strange old woman who visited to discuss Simón's case before he vanished -- was she really a social worker?  The house is big.  Laura planned to use the extra space to care for a few other youngsters with special needs.  Her love for children, especially for her son, is a light more powerful than the one that once came from the lighthouse.  She may not even realize how strong it is.  After six months of no results from the police, she agrees to meet a psychic.  Her husband is not too keen on the idea.  Yet, he's loyal. 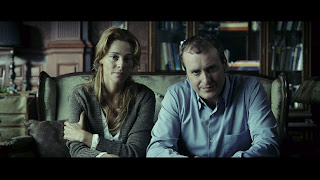 Belén Rueda is so alive and fascinating as the mother bravely willing to tackle unseen forces for the love of a child.  She's been taught that "seeing is believing."  The psychic tells that, often, believing is seeing.  Geraldine Chaplin, daughter of iconic film legend Charlie Chaplin, stars as the medium.  You may have seen her in David Lean's Doctor Zhivago or Pedro Almodóvar's Talk To Her.  She's bilingual and speaks Spanish in this film, the outstanding directorial debut of Juan Antonio Bayona. 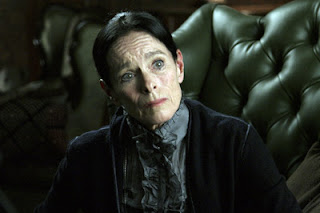 Laura's house is often dimly lit.  But it's not a scary place like the home of Norman Bates in Psycho or the hotel in  The Shining.  Nevertheless, it holds mystery and pain.  There's a secret inside it.  Does it want to keep her from finding her son?  Is there a ghost? 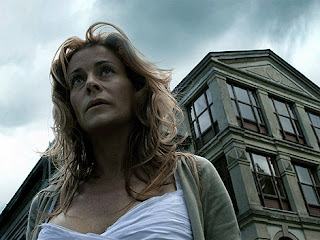 If so, she will challenge it.  When I saw this film the second time, I got more out of it. Again, it gave me those "OhMyGosh!" moments.  There's no graphic horror, mind you.  There is a constant suspense, that feeling that you're in a haunted house.  It has the quality of Jack Clayton's The Innocents, an excellent thriller with Deborah Kerr in peak form as a governess dealing with youth and dark supernatural forces in a huge house. 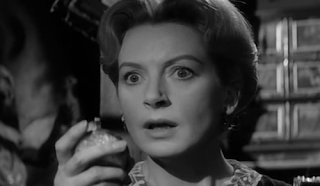 Like Pan's Labyrinth, Bayona's film touches on fantasy and reality, innocence and cruelty.  Stylistically, it has a similar coloring, a similar rhythm and a strong female lead character. 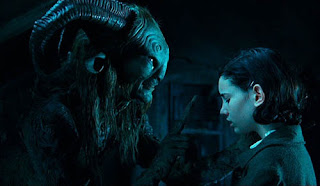 Simón could have been a lost boy, shunned by society because of his HIV+ status.  Laura took him in and made him feel like an ordinary little kid in an ordinary family.  More than anything, he needed love and compassion.  Aside from medicine, that's what people with the disease need the most.  And that is what we can give them.  It may not always be easy to give, but we can.   The light will protect us.  Just as Laura told little Simón. 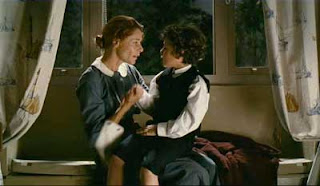 Here's to my loved one and to my many other friends and who are now invisible. Watch this trailer.