I read the news today and did the DTST (Danny Thomas Spit Take) with my coffee. 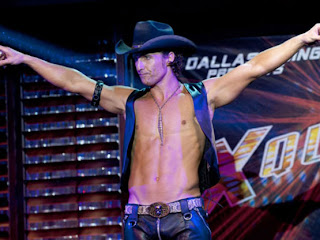 ...as a Gypsy Rose Levi's kind o' guy.  He's a male stripper.  He also won for his performance as the loopy, hotshot, publicity-hound district attorney in Bernie, starring Jack Black as a well-loved community funeral director-turned-murderer. 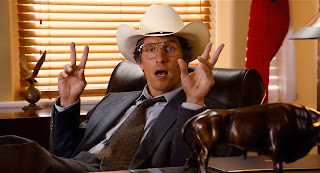 McConaughey kept his shirt on in Bernie.  For my review of that Oscar nomination-worthy film, based on a real-life murder case, click onto my September section and read "Jack Black's Power as Bernie."  I hope McConaughey's victory with the New York critics sparks Academy Award voter interest in seeing that crime/love story.  It co-stars Shirley MacLaine as the rich, annoying victim.

I don't mean this harshly.  However...if Matthew McConaughey can be honored by New York film critics for acting in two movies that came out in the same year -- and he kept his clothes on in only one of those movies -- then surely I can get work in 2013.