Charlton Heston won his Best Actor Academy Award for playing a Jewish prince-turned-slave called Ben-Hur.  That was the name of William Wyler's spectacular spectacle -- an epic that takes place during the life of Christ.  The movie opens with the Savior's birth and Three Wise Men finding the newborn in a stable.  Later, adult Jesus has a couple of key scenes with Ben-Hur.  Heston gets the close-ups though.  Jesus gives him a hand. 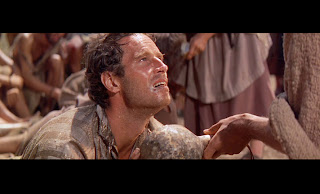 This was the most  critically and financially successful remake at that time in Hollywood history.  The original was a silent film made in the 1920s.  Wyler's new version won 11 Academy Awards.  He took home some more Hollywood gold for Best Director.  The film was voted Best Picture.  Hugh Griffith was Best Supporting Actor.  In a November blog, "Overlooked By Oscars:  Stephen Boyd," I wrote that Stephen Boyd should've been nominated in the same category to give Ben-Hur one more Oscar nomination.  As the villainous Messala, he should've won...in my opinion...had he been nominated.  Heston got the Oscar for one of his several larger-than-life historical character roles. 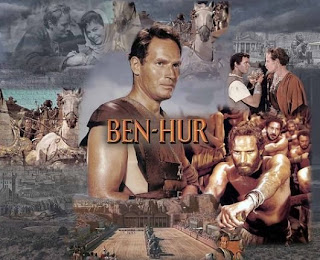 Charlton got one Oscar nomination in his film career and that was for Ben-Hur.  It's a shame he was not nominated for a western he did in 1968, because that performance outshines the one he delivered in Wyler's epic.  There's a Christmas sequence and, again, the movie title is the name of Heston's character.  He was remarkable as the aging cowboy named Will Penny.  The DVD is a surprisingly touching holiday rental. 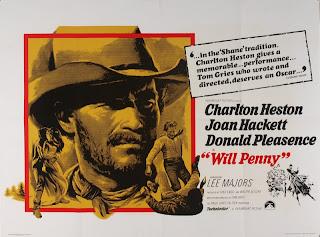 To me, this moving and moderately-budgeted western should've earned Heston a second nomination.  It's the best performance of his long career in a movie that few people saw or talk about today.  It wasn't that the film wasn't well-received.  Critics applauded it.  But it was eclipsed by the huge box office popularity of Heston's other release of 1968.  Planet of the Apes was a such a big futuristic sci-fi/action moneymaker -- 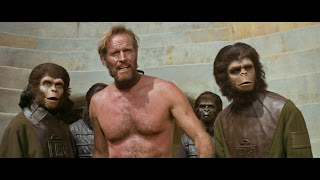 especially with young moviegoers who went to see it again and again -- that it started a franchise.  A franchise referenced in the current movie hit, Argo, as being an inspiration in the rescue of political hostages.  If you liked Alan Ladd as Shane, you'll like Charlton Heston as Will Penny.  Heston beautifully embraces the soul of this cowboy loner.  You feel the bones of this man, the weary middle-aged bones.  You feel the tender heart that he's long kept hidden to the world.  He's getting older and has never settled down. 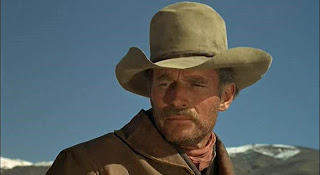 My late father wasn't an emotionally forthcoming guy.  Dad could be distant and withdrawn.  He wasn't playful or outgoing.  He was a good man but more comfortable giving a handshake than a hug.  I was the kind of insecure kid who really needed a hug.  So, I had a tendency to lose myself in movie characters who had a paternal quality and warmth -- even if they didn't realize they had it.  Will Penny was one such character.  On a new job, he encounters a major obstacle -- a tough and single frontier mother. 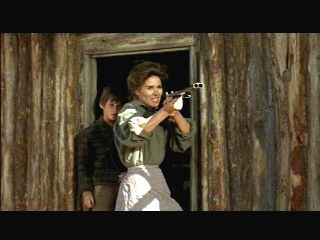 Joan Hackett, a versatile and gifted actress who died way too soon, really made this role her own.  Catherine was deserted while trying to make a new life for herself and her sweet young son.  The mother and the cowboy are thrown together in the harsh frontier winter.  Come the spring thaw, emotions also thaw.  She and her son will come to love him.  He's known hard times and violence.  He's been violent.  He hasn't known love.  Accepting it is something Will has to learn -- the way he has to learn how to read. 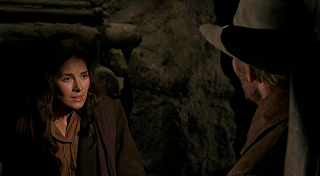 Heston's work, especially in the Christmastime scenes, is so richly nuanced that I found myself saying "Wow" as I watched.  For instance, you really feel as though you're seeing a formerly illiterate middle-aged cowboy read aloud for the first time in his life.  My previous blog has comments about Robert Mitchum as the killer preacher in The Night of the Hunter.  There's a killer preacher in Will Penny who threatens the holiday mood.  He's played by Donald Pleasence, the actor so skilled at playing gentlemen (The Great Escape) and madmen, (Fantasic Voyage).  Screen newcomers Bruce Dern and Lee Majors are in the movie.  Here's a short extra with Charlton Heston from the Paramount Pictures DVD.  If the handsome bald actor looks familiar, he's Jon Gries.  He played Uncle Rico in the hit 2004 indie comedy, Napolean Dynamite.  He was a child actor in Will Penny, the under-appreciated feature directed and written by his father, Tom Gries.
If you've seen Charlton Heston as Ben-Hur but you've never seen him as Will Penny, I urge you to rent the DVD and leave me some comments after watching it.  I want to know if you, like I, feel that it's his best screen performance -- even better than the one that brought him an Academy Award.  He starred as Ben-Hur, El Cid, Moses in The Ten Commandments, Michelangelo in The Agony and the Ecstasy, John the Baptist in The Greatest Story Ever Told and Astronaut George Taylor in Planet of the Apes.  Yet rarely was the actor as extraordinary as when he played an ordinary cowboy named Will Penny. 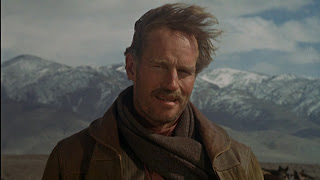