On ABC TV from 1958 to 1963, he was the son of THE RIFLEMAN played by Chuck Connors. Johnny Crawford started his job on that TV western when he was 12 years old. His actor skills made a great and longtime impression on me. He was one of the best kid actors in the TV business. Heck, he was one of the best actors in the TV business regardless of his age. I read this morning that Johnny Crawford passed away at age 75. In 2019, it was reported that he'd been stricken with Alzheimer's Disease. May he rest in peace. When I was a baby boomer kid, he fascinated me on THE RIFLEMAN. As far as age groups, I was seeing a reflection of my young self in him. On THE RIFLEMAN, as Mark McCain, son of widower rancher Lucas McCain, Johnny Crawford displayed a depth, truthfulness and clarity in his acting that eclipsed the talent of some adult actors we saw on other TV shows. He made me wish I could be an actor too. 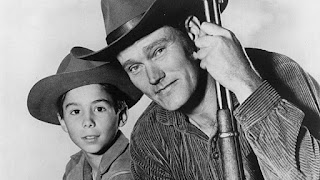 THE RIFLEMAN job came after he'd been one of the original Disney Mouseketeers on THE MICKEY MOUSE CLUB, a show that millions of us kids watched when it was in syndication. On that show, kids were triple threats. Mouseketeers had to sing, dance and act. I have two longtime friends who were child actors. On CBS, they were regulars on DENNIS THE MENACE. Yes, one of them is Jay North who was the young star of the sitcom. We've talked about those years. The national popularity enjoyed by being a child star was fun. However, it was still a job. You had to keep a specific work schedule and be good at your job. You were a youngster surrounded by and working for grown-ups who depended upon your work and talents to keep them receiving paychecks every two weeks. As I aged, I appreciated the work of many child actors like Johnny and Jay even more. 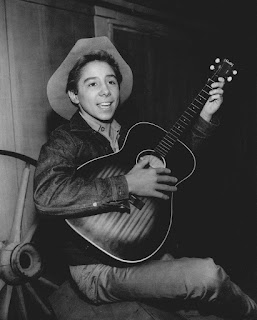 Johnny Crawford did a lot of TV acting in his adult years. He also had a music career. In the 1990s, he formed his own swing orchestra and sang with it. Here's a taste of Johnny's vocalese.

Thank you, Johnny Crawford. You were remarkable. Watching your work on THE RIFLEMAN provided me with many of the happiest times of my childhood.