Our late mother loved the smooth and sultry jazz vocal stylings of singer Julie London. In my early teen years, I picked up the love from mom. Julie London had a hit record singing "Cry Me A River." 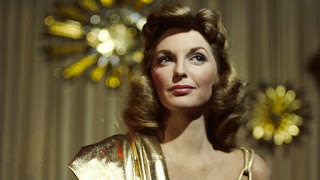 She acted in several films. She was opposite Gary Cooper in 1958's MAN OF THE WEST and with Robert Mitchum in 1959's THE WONDERFUL COUNTRY. But singing was apparently her favorite thing -- and she did it extremely well. In the 1960s, rock and pop dwarfed the popularity of jazz. Jazz clubs and lounges closed. Those closings were a disappointment to her. So Julie found work on TV. In the 1970s, she was a big hit as registered nurse Dixie McCall on EMERGENCY!, a series that ran for 7 seasons. A very good run. 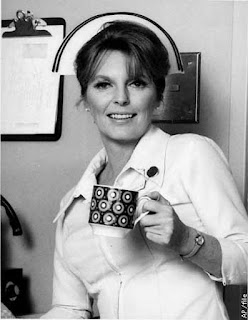 I saw London's name mentioned recently on Twitter. There was no mention of her recording career. The folks were writing love of her TV work as Dixie McCall. I wondered if they knew that she sang. That inspired me to treat your ears to a couple of music performances by jazz singer Julie London. First up -- "I'm In The Mood For Love."
London did a show in Japan in 1964. From that show, here she is doing "Bye Bye Blackbird."
Julie London was fabulous. I hope you agree.
at April 25, 2021