Did You See HILLBILLY ELEGY?

I am a serious fan of and have a great respect for the work of Ron Howard as a film director. He's had box office hits such as SPLASH, COCOON, PARENTHOOD, APOLLO 13 and THE DA VINCI CODE. He deservedly won the Best Director Oscar for A BEAUTIFUL MIND starring Russell Crowe. He's directed excellent films that were not box office hits but should have been. CINDERELLA MAN also starring Russell Crowe and the riveting RUSH are two examples. His latest film, HILLBILLY ELEGY, has put actress Glenn Close in the Oscar race again. She's a nominee for Best Supporting Actress. He previously directed her in the highly entertaining journalism comedy/drama from 1994, THE PAPER. Now...about HILLBILLY ELEGY. 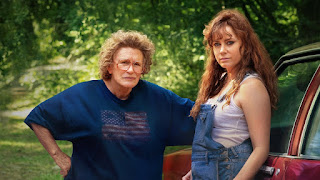 First of all, you couldn't ask for two more talented actresses in the lead roles. It's got Glenn Close and Amy Adams.  Fantastic performers. When the Netflix feature opened, I felt that the critics were mean to it. They slapped it down like it was Mrs. Mulwray in the final fifteen minutes of CHINATOWN. I said to myself, "How dare they?" I was busy with work and other projects. I hadn't had time to see HILLBILLY ELEGY. Until this week.

We're taken back to the 90s.  In a voiceover, an Ivy League college students drags us down memory lane to meet his extremely dysfunctional Appalachian family in 1997. I began to watch and couldn't make it past the first hour. I was angry at myself for agreeing with a few of the film critics. HILLBILLY ELEGY seemed like a spin-off from the "Mama's Family" sketches on THE CAROL BURNETT SHOW. Vicki Lawrence as "Mama" could've been in the Glenn Close role. If you didn't know Glenn Close was in the family, you would not have recognized her immediately. In what I saw, Glenn Close does give a solid character performance in make-up that almost makes her slightly resemble a retirement village Popeye who'd puff on a corncob pipe and sport two huge biceps after eating a can of spinach. If her boobs were any lower, she could've played hacky sack with them.

Did you see HILLBILLY ELEGY?

If you did see it, what's your review? I will watch the rest of it. I will continue to love the work of Glenn Close, Amy Adams and director Ron Howard.. But what I saw of HILLBILLY ELEGY was...oy.

The Oscars are awarded this month, April 25th, on ABC. We shall see if the terrific Glenn Close finally wins one. She's been nominated 8 times yet she's never taken the Golden Boy home. 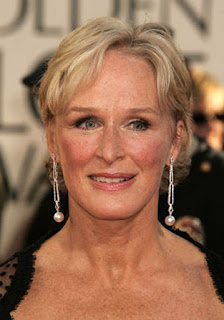