We Need a Muriel Box Set

I have written about British film director Muriel Box before in my blog posts. I'm writing about her again because her name does not get mentioned in the conversation about trailblazing female filmmakers. It should be. In the 1950s when Hollywood star Ida Lupino, an actress who combined glamour with some serious acting chops, had made the groundbreaking transition to actress and director, Muriel Box was an Oscar-winning screenwriter who made the transition to director overseas in England. In her films, Box directed such respected talents as Shelley Winters, Glynis Johns, Sir Ralph Richardson, Julie Harris, Laurence Harvey, Peggy Cummins, Thomas Mitchell, Van Johnson, Peter Finch and Kay Kendall. Muriel Box directed about 10 films released in the 1950s. 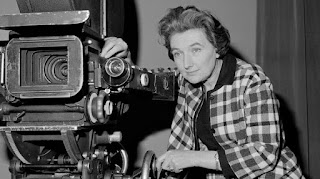 Muriel Box and her husband, Sydney Box, wrote the screenplay to the psychological British melodrama, 1945's THE SEVENTH VEIL. Today, that film can be viewed as female independence building in strength to rip and shred the veil of sexist male dominance wrapped around her. James Mason starred as the debonair yet brutal guardian and music teacher to an aspiring pianist. She's played by Ann Todd. The guardian is jealous of her talent. Their co-dependent relationship is at the root of her breakdown. THE SEVENTH VEIL is one of those British dramas that positioned James Mason for 1950s Hollywood stardom. It opened in the U.S. in 1946 and got an Oscar nomination. In 1947, Muriel Box and Sydney Box were the Oscar winners for Best Original Screenplay. 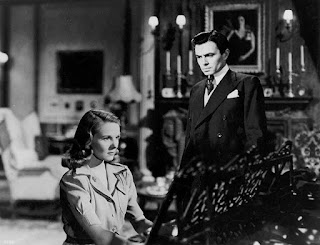 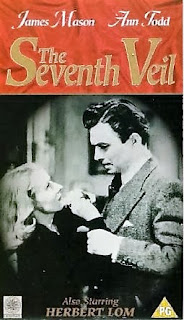 From what I've read, director Muriel Box loved highlighting the female experience. She directed the 1953 British drama, STREET CORNER. Here in the U.S., it was titled BOTH SIDES OF THE LAW. The film took on a documentary style and showed three different angles of the daily routine in the lives of police women. It starred Peggy Cummins, loved by American classic film fans for her work as the trigger happy blonde bad girl in 1950's GUN CRAZY. 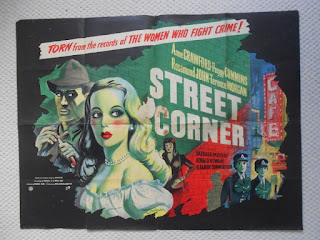 Box's 1954 comedy, TO DOROTHY a SON, followed an American woman who heads to Britain. In order to acquire a large inheritance, she has to prevent her ex-husband from having any more children. It starred Shelley Winters, John Gregson and Peggy Cummins. The U.S. title for the film was CASH ON DELIVERY. Here's writer/director Muriel Box (left) with Shelley Winters. 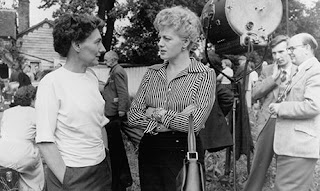 Thomas Mitchell played a judge in Box's 1960 drama, TOO YOUNG TO LOVE. A 15-year old female winds up in juvenile court. She tells her story to the judge. We see in flashbacks that her young life was one of parental neglect and a lack of direction. She becomes a wayward teen who seeks an abortion and later gets busted for prostitution. 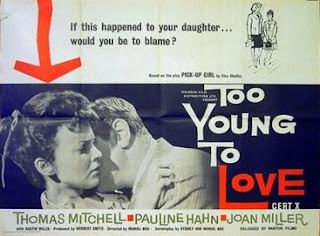 Muriel Box directed 1955's SIMON AND LAURA, a British comedy that makes for fun Christmas season viewing. Not only is it a comedy, it's also a rare Peter Finch moustache movie. He has a moustache and the chance to play for laughs in this feature. His most famous performance is as the delusional news anchor, Howard Beale, in the satire on the TV news corporate jungle, 1976's NETWORK. Muriel Box's 1955 comedy focuses on a live TV reality show during the holiday season. Two celebrities, a bickering married couple, are offered a project. They go on TV as themselves, an onscreen happily married couple bringing viewers into their real lives. The two celebrities don't like the idea but they need the money. Hilarity ensues. Keep in mind, this is 1955 when BBC TV was new. SIMON AND LAURA gives us the sublime Kay Kendall in a starring role. She died way too soon, stricken with leukemia. Watch this trailer for SIMON AND LAURA.
The last film Muriel Box directed was the screen adaptation of a hit comedy play theater-goers saw in London and on Broadway. Her 1964 film, RATTLE OF A SIMPLE MAN, is the sweet story of a 39-year-old sports fan who travels with buddies to see a game. The shy guy is a 39-year-old virgin. The buddies have a night out on the town and he winds up with a prostitute named Cyrenne. Diane Cilento starred as Cyrenne. That night, the two talk. He falls in love. Her heart is touched. The sports fan was played by Harry H. Corbett. He was not a big star here in the U.S but he was in the U.K. From 1962 to 1974, Corbett starred as the son on the British sitcom STEPTOE AND SON. It's the British sitcom that inspired our classic American sitcom, SANFORD AND SON. 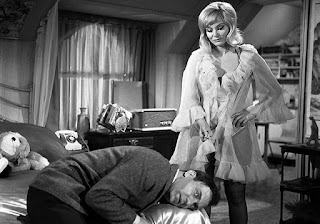 Before director Judd Apatow gave us Steve Carell as THE 40-YEAR-OLD VIRGIN in 2005, director Muriel Box gave us a 39-year-old male virgin in 1964's RATTLE OF A SIMPLE MAN.

Actress/director Ida Lupino has finally received the recognition she deserved as a breakthrough female filmmaker. Four films Lupino directed are in a boxed set available on  klstudioclassics.com.

I think it's high time filmmaker Muriel Box got some recognition too here in the U.S. 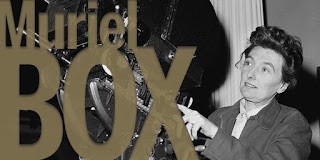