I love Olivia Newton-John. I bet you do too. I have loved her and her optimistic, sunny singing voice for a long time. I worked on an FM rock radio station when the 1978 movie version of GREASE was released. I'd seen it onstage and was eager to see how the Sandy role would be restyled and suited to fit her Australian accent. Our radio station got the soundtrack. Since we played contemporary rock music, GREASE cuts wouldn't be added to our on-air playlist. So I tucked the LP into my bag, took it home and broke out into a broad smile with every Olivia Newton-John vocal I heard on the soundtrack. That was in Milwaukee during my first full-time professional radio job after I graduated from Marquette University. When I was in high school back in Los Angeles, I had my first contact with Olivia Newton-John. 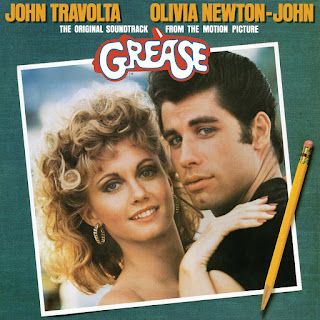 A few friends who attended a different high school, located in Long Beach, were headed to Disneyland one night for its graduating high school seniors' night of festivities. I wasn't yet a senior like they were. I was an undergraduate. But I got in anyway. We were seated at a table outdoors, just grabbing a bite and chatting. A lively blonde singer was performing onstage near us. An unknown singer. As you could expect, most of the kids were just milling around and she was not a star attraction. However, I could not take my eyes off her. She was pretty, perky and even though a large crowd had not assembled at the foot of the stage where she was performing, she gave each number her all like she was doing a big number in a Broadway show.

I figured she was another Southern California aspiring singer who booked a good gig at Disneyland. When she thanked the crowd, I could tell her accent that she was not from Southern California. That other thing that stood out, besides her terrific pop voice and personality, was the fact that she had three names.

Later, our little high school group was walking through Disneyland and I spotted the singer walking near us. I dashed over and had to tell how much I loved her set on that stage. Her face lit up, she shook my hand and her heartfelt, enthusiastic gratitude is one of my best memories of that night.

As the years went on, and she became tops on the pop charts, I'd always wonder if Olivia Newton-John was the same girl I'd heard sing at Disneyland when I was in high school in 1970. 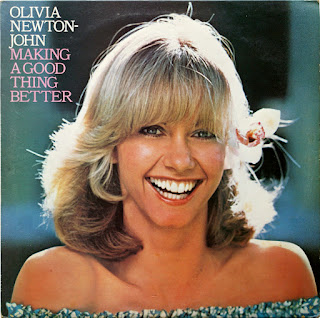 Press the fast forward button to the late 1980s. Olivia Newton-John is booked to come into our VH1 studios in New York City for an interview. I have my own talk show. She and I meet and I ask, "When you were just starting out, did you sing at Disneyland for a high school seniors' night?"

Her eyes got the size of dinner plates and she beamed, "Were you there?"

What a lovely person she is. Onstage, onscreen, and off. She had that same enthusiastic gratitude at VH1, when she was a recording and film star, that she had that night as an unknown singer when I went out of my way to compliment her at Disneyland.

There are people in this life who radiate being in a state of grace. When they leave the room, you find yourself smiling and wishing they could've stayed longer because of the light they put in your heart. Olivia Newton-John is such a person. I just thought I'd share that with you.

Gayle King visited the singer/actress at her California ranch where she lives with her husband. King conducted a very warm and smart interview that aired on CBS SUNDAY MORNING. 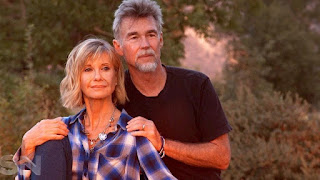 To see the Sept. 29th "Olivia Newton-John on finding joy in a life with cancer" segment from Gayle King on CBS SUNDAY MORNING, log onto this link: