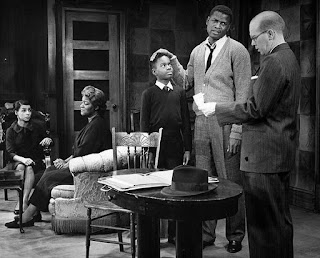 This modern-day drama, focused on an extended family on the South Side of Chicago, was the first play from an African American female playwright to be produced on Broadway. The playwright was Lorraine Hansberry, a gifted writer and social activist who succumbed to pancreatic cancer at age 34 in 1965. 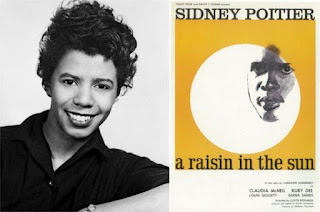 This is something that is rarely mentioned and rarely highlighted but it is another extremely huge achievement for Lorraine Hansberry. She not only wrote the Broadway play, she also wrote the Hollywood studio screenplay adaptation. Think about it. How many Black women in the 1960s saw their names in big bold letter on a movie screen under the word "Screen Play" during the opening credits? At that time, it was unusual for a Black woman to get the lead female role in a notable Hollywood production. Hansberry got a screenwriter credit when that field in American film was dominated by white men followed by a few white women. With that, she wrote a whole new chapter in Hollywood and Black History.

To put this accomplishment into some perspective, consider this: The late, great Dorothy Dandridge was the first Black person to be an Oscar nominee for a lead role performance. She was an Oscar nominee for Best Actress of 1954 thanks to her sensational work in the Fox musical drama, CARMEN JONES. The ignorance of Hollywood racism crippled her career. After that stunning performance, Dandridge would not get another Hollywood opportunity for a lead role until 1959's PORGY AND BESS in which she'd star opposite Sidney Poitier. Her lack of opportunities were because, although glamorous and a very good actress, she was Black. PORGY AND BESS would be her last major Hollywood film. Like Lorraine Hansberry, Dandridge's untimely death would come in 1965. She was in need of employment and only 42. 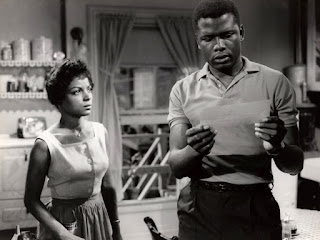 When I see Ruby Dee's performance in 1961's A RAISIN IN THE SUN, it is hard to believe that her first and only Oscar nomination came for 2007's AMERICAN GANGSTER. Her role and all the other roles in that fine film came from the young, gifted and Black Lorraine Hansberry -- history-making playwright and screenwriter.  She definitely had Black Girl Magic.

Hansberry was a social activist and she was a member of the LGBTQ community. Here's a trailer for a documentary that premiered on PBS. It's essential viewing if you want to learn more about this American artist.