It happened this week in history. September 17th should be a Holy Day of Obligation in America's publishing business. On that day, top publishing houses should require its agents and other representatives to light candles and give thanks and reverence to Oprah Winfrey. For, on September 17th in 1996, Oprah launched "Oprah's Book Club" on her worldwide daytime TV show. An unknown or little-known author could become a literary star overnight if Oprah the Great announced your name and your book's title. An established author could gain millions of new readers. Getting the Oprah Book Club seal of approval could be a wondrous thing for your writing career and your book sales -- if you didn't mind a seal of approval coming from a woman with a huge national audience of females. In New York City, I heard buzz from three buddies of mine about a new novel called THE CORRECTIONS by Jonathan Franzen. They called it a "must-read." Later, Oprah felt the same way about Jonathan Franzen's novel. Hallelujah! Unfortunately, Franzen felt her book club was female fluff and didn't need her attention. She politely nixed him and picked another book by another author. The heads of Franzen's agent and editor must have exploded like the heads of the angry space creatures who suddenly hear Slim Whitman singing in the movie MARS ATTACKS! Franzen came to his senses a few years later and appeared on her massively influential daytime show. Oprah's Book Club got women and men of all ages, colors, shapes and sexual preferences reading and buying books. And discussing them. 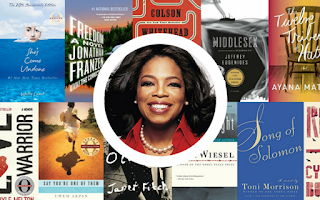 Oprah first book club selection was THE DEEP END OF THE OCEAN by Jacquelyn Mitchard. It was adapted into a 1999 movie of the same name starring Michelle Pfeiffer, Whoopi Goldberg and Treat Williams. 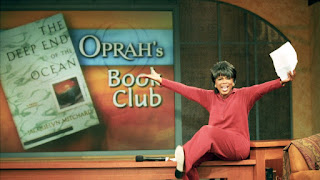 In 1998, Jacquelyn Mitchard was promoting her second novel, THE MOST WANTED.  When I heard she was available to be on our Fox5 weekday morning TV news program, GOOD DAY NEW YORK, I enthusiastically pushed to do the interview. I'd read her novel. I loved that one of the characters in her book had a fondness for the 1963 comedy/drama movie, SOLDIER IN THE RAIN, starring Steve McQueen, Jackie Gleason and Tuesday Weld. 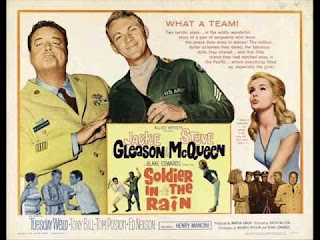 I have a fondness for writers. I loved interviewing Jackie Mitchard and I want to share that live TV segment with you. Here I am with the author who kicked off Oprah's Book Club.