Desi Arnaz Never Got An Emmy

Not only was he the lead actor on a hugely successful CBS sitcom -- so successful that it would be dubbed in several languages and air internationally in reruns -- he was the show's executive producer. In each episode's closing credits, we saw that fact and we saw that the Desi Arnaz Orchestra played the full-of-ethnic flavor music. The famous sitcom is … I LOVE LUCY starring Lucille Ball and her real-life husband, Desi Arnaz, as the longtime married couple in Manhattan, Mr. & Mrs. Ricky Ricardo. Ricky, like Desi, was a Cuban immigrant. Ricky was an entertainer/bandleader in a New York City nightclub. Lucy was his wife who longed to be an entertainer herself, and they had a nice working class life in their midtown apartment with Fred and Ethel Mertz, the older couple landlords, as their best friends. Ethel would join Lucy in her zany ideas and misadventures. America loved I LOVE LUCY. The hit sitcom made Lucille Ball and Desi Arnaz Hollywood's hot power couple. 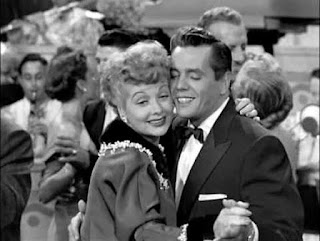 Desi Arnaz was a Broadway sensation in a musical comedy called TOO MANY GIRLS. He just about set a drum on fire with his conga number that clicked with audiences. He went to Hollywood to shoot the movie version of the show and repeat his conga number. The 1940 movie release starred a new RKO leading lady named Lucille Ball. As soon as their eyes met on the set, it truly was I LOVE LUCY. They married.  Lucille Ball went to MGM in the 1940s. She never became a big star like Greer Garson or Lana Turner, but she slammed across some solid performances -- especially with comedy material. Desi acted, was drafted during WW2 and he had his orchestra. Desi was a recording star. 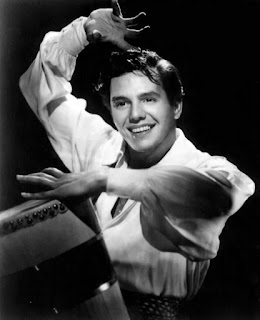 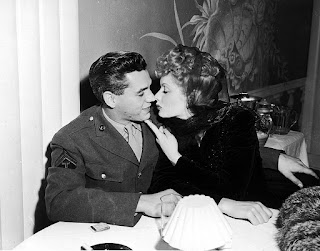 The two pitched their I LOVE LUCY project to CBS. A major gamble for them. Execs were a bit nervous because, in their Caucasian male minds, they viewed the couple's marriage as interracial. Remember, this was the 1950s. Desi and Lucille held to their vision and would not culturally neuter the Ricky Ricardo marriage. Ricky -- and Desi -- were proud of their accents. 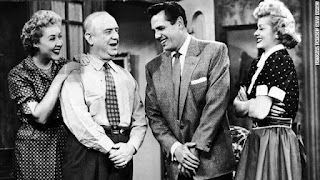 No other classic TV sitcom of that era opened with such a fabulous ethnic vibe. The Cuban flavor of the I LOVE LUCY theme was delicious. Desi Arnaz, as executive producer, introduced the 3-camera shoot for a sitcom performed before a live studio audience. That went on to became a standard way of shooting sitcoms. He oversaw the scripts and the hiring. He and Lucy made millions with their new hit show and, with their millions, purchased soundstages of RKO where they met for TOO MANY GIRLS. They started Desilu Productions. Desilu Productions gave us racially diverse and inclusive TV shows such as MISSION: IMPOSSIBLE, STAR TREK and MANNIX.

I LOVE LUCY was shot on film. Lucille Ball had just hit 40 when they started the sitcom. To make her look her best, Arnaz hired veteran cinematographer Karl Freund. Freund was a master of black and white cinematography. His film credits included DRACULA (1931), THE GOOD EARTH, GOLDEN BOY, KEY LARGO and the silent film sci-fi classic, METROPOLIS (1927). 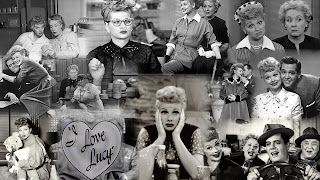 Lucille Ball, Desi Arnaz, Vivian Vance and William Frawley were the four main stars of I LOVE LUCY. Of that quartet, Ball and Vance were Emmy winners for I LOVE LUCY. Frawley got 5 Emmy nominations. 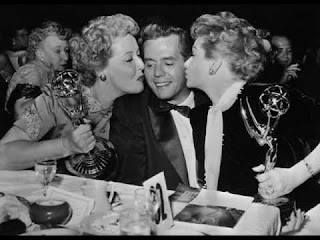 Successful, innovative, groundbreaking and trailblazing actor/producer Desi Arnaz was never, ever even nominated for an Emmy. Not only should he have been nominated, Desi Arnaz should have received a Lifetime Achievement Emmy. 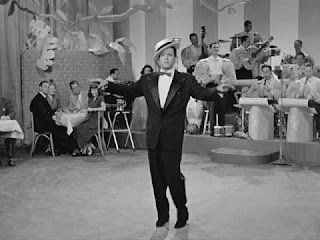 Watching reruns of I LOVE LUCY on KTTV/Channel 11 was a habit for me when I got home from school during my youth in South Central L.A. In those years, it was said in TV Academy specials that I LOVE LUCY was so popular, it aired every hour of every day somewhere in the world.  Today, that might apply to reruns of FRIENDS.

To me, I LOVE LUCY of the 1950s was way more diverse and inclusive than FRIENDS in the 1990s. Even though I grew up in South Central Los Angeles, I LOVE LUCY reflected a world that I knew. The Ricardos had a bilingual household. Ricky frequently would start speaking Spanish. The two kids next door to us were Mexican American. Just like many of my classmates and teachers. Our next door neighbors had a bilingual household. Ricky was a fine entertainer, serious about his work and a very responsible businessman. He was also a devoted father and a loving husband, I loved that image of an ethnic family man on TV.  I know the hijinks of Lucy Ricardo were goofy, but the cultural/racial images of the Ricardo Family were significant to me. An ethnic man was an upscale big city professional. As for The Mertzes, look at the age inclusion. An older couple became the best friends to The Ricardos and the godparents to their little boy. In the 1990s such an older couple would've been the punchline or just tolerated for a few minutes. FRIENDS was about young adults living, as I did, in the New York City below West 23rd Street.

FRIENDS was not bilingual. There was no ethnic friend. There was no older couple welcomed into the action in every episode. FRIENDS was all about being young and white in New York City. The actors were good and the lines were funny. But, in no way, did it reflect the South Central L.A. or the New York City worlds that I knew.

The Emmy Awards will be handed out tonight, Sunday, during a telecast on Fox. This year, no Governors Award was bestowed upon anyone. The Governors Award honors "an individual, company, organization or project for outstanding achievement in the arts and sciences and management of television..."

I would have suggested a posthumous honor to Cuban immigrant/successful American TV actor/producer Desi Arnaz. I would've presented the award to actress Lucie Arnaz, the daughter of Desi Arnaz and Lucille Ball.
at September 22, 2019