Time for SUNDAYS AND CYBELE

This was a watershed year of women coming forth with their accusations of sexual misconduct.  These women were the objects of twisted sexual desire from men in the Hollywood and network TV industry.  In the revelations and details of the allegations against Hollywood heavyweights like Harvey Weinstein and extremely well-paid network TV heavyweights like Matt Lauer, there seemed to be a running theme of power and privilege over someone of less power who was in need of employment and afraid to report having been mistreated and disrespected.  So...I want to recommend a classic film to watch over the Christmas holidays.  It's an award-winning foreign film in which a young man who was in a position of military power will go to any length to make a younger female in his life feel safe and secure.  Their relationship is precious and innocent.  This 1962 film is called SUNDAYS AND CYBELE. 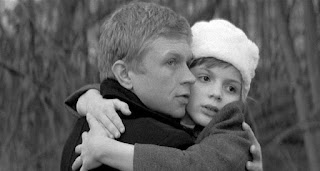 This is a movie that's rarely talked about today but it was quite popular when it was released.  It should be rediscovered.  It lingers in your heart and mind after you've seen it.  SUNDAYS AND CYBELE stars Hardy Kruger, a multi-lingual German hunk of an actor.  Kruger had talent and movie star looks that made him very popular in Germany.  Soon, Great Britain and Hollywood took notice.  He starred in the version of 1953's THE MOON IS BLUE made for Germany.  For Hollywood, Hardy starred in HATARI! with John Wayne (1962) and THE FLIGHT OF THE PHOENIX (1965) with James Stewart.

In SUNDAYS AND CYBELE, Kruger is at his best.  He projects the emotional disability and spiritual tenderness of the character in a subdued, effective performance.  A fighter pilot in the Vietnam war, a Vietnamese girl was killed when his plane crashed.  He returns to France almost zombie-like.  The veteran suffers from Post Traumatic Stress Disorder. In therapy, he now moves through life like harmless ghost.  The war left its scars on his mind.

One day he sees an emotionally abusive father dumping his little girl off at a boarding school as if she's a sack of soiled laundry.  He sees her heartbreak and offers the lonely youngster help. 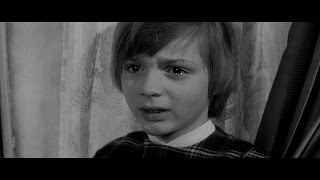 He poses as her father and makes plans to visit her every Sunday.  She loves the plan.  She's a sweet girl with soulful eyes that catch your attention.  Patricia Gozzi plays Cybele so wonderfully, with such radiance, that you'll be disappointed to learn she made only two big screen movies after this one.  Her choice. Our loss.  The movie camera adored her face and she was a natural actress. 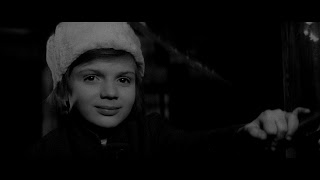 As the friendship progresses, Cybele has a very therapeutic effect on Pierre, the war veteran.  He starts to come alive again thanks to her friendship.  He's less a zombie.  Cybele is healing his wounded spirit.  She wants them to spend Christmas together in the woods. 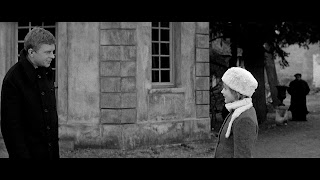 Conservative society interferes as he tries to bring Cybele a special gift from a church near where they met. 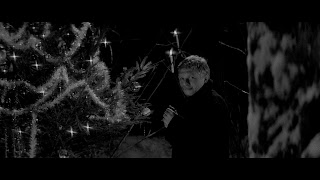 SUNDAYS AND CYBELE.  Directed by Serge Bourguignon, it won the Oscar for Best Foreign Film.  I highly recommend seeing it if you're up for something different and mature for Christmastime viewing.  The two lead actors work together beautifully.  Your heart will be touched.  SUNDAYS AND CYBELE.  What a tender, memorable film.  Merry Christmas. 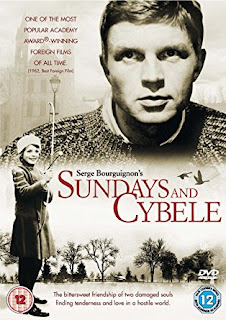