A HOLIDAY and SUNSET BLVD

Having a whole lot of money and privileges doesn't mean you have fine qualities and a kind heart.  That's a message we get in a classic film that's fun viewing for a New Year's Eve. 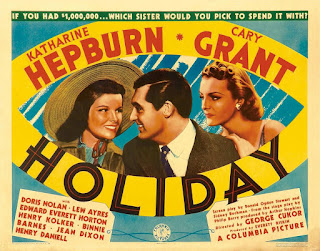 1938's HOLIDAY is one of the four films Cary Grant and Katharine Hepburn co-starred in together.  To me, it's one of director George Cukor's most-satisfying remakes along with GASLIGHT (1944) and A STAR IS BORN (1954).  Like Cukor's famous THE PHILADELPHIA STORY (1940), also starring Grant and Hepburn, the HOLIDAY script is based on a play by Philip Barry.  Cukor often showed the friction when different social classes bump up against each other in the same space -- like New Yorkers in a crowded subway car during rush hour.  It's the Haves, the Have-Nots and Those Who Want.  Like at Cukor's DINNER AT EIGHT (1933).  He also showed the tension when one class member embraces a member of another class.  That's seen in HOLIDAY.  In that friction, in those embraces, we see characters who are forced to see people for what they are -- even if some of those heartbreaking realizations occur within one's own family.  In HOLIDAY, Cary Grant is the smart, carefree, working class guy from a low income family who falls in love with a society lady born into wealth and privilege.  He cares more about her and living a life not weighed down by possessions and obligations than he does about her wealth.  They get engaged.  When she brings him into her department store-sized house to meet the family, he learns that she's just like her stuffy father.  She feel there's no greater thrill in the world than making money.  Her name is Julia.  But Julia's wonderful sister and brother, both happy that she's engaged, have a spirit more like Johnny's, the fiancé. 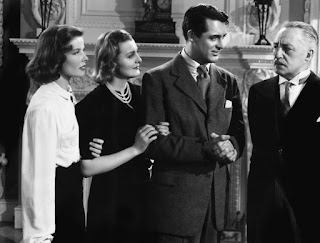 During a lot of action that takes place on New Year's Eve, we'll see that Linda, played by Katharine Hepburn, is starting to fall for Johnny against her will.  Linda and her brother Ned, poignantly played by Lew Ayres, are seen as wealthy and young social butterflies. Both are in a plaster cocoon of privilege's restrictions from which they want to break free.  Julia will pin Johnny's wings down and make him fall in line to please her father and her.  In today's world, Linda and Ned would understand why Colin Kaepernick took a knee on the NFL playing field.  Julia and her father would feel the way Trump did.  And they'd love to dine with him at Mar-A-Lago.  Johnny and Linda will both feel the need to break away from the upper class Seton Family. 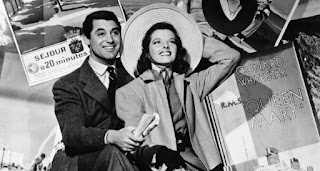 The more I see this movie, the more I love the performance Lew Ayres gives as Ned, the loving and heartbroken brother who drinks too much.  It's such a beautifully understated, touching performance.  Ayres doesn't show you drunkenness.  He brings you into Ned's wounded hurt to feel why he drinks.  He gives you a sense of a boyish optimism that was steadily beaten down by his bully father.  We sense that in Ned, now the weary young talented man who deadens the pan with a drink.  Cukor's HOLIDAY should have brought Lew Ayres an Oscar nomination for Best Supporting Actor. 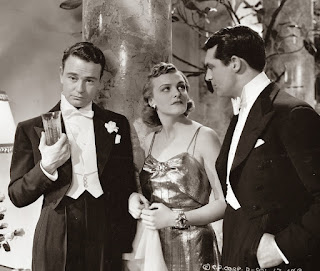 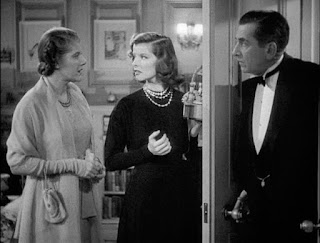 Johnny has two absolutely delightful, down-to-earth friends.  A middle-aged married couple.  The Potters.  They come to his New Year's Eve engagement party and soon see that Linda is the right one for him.  Not Julia.  Nick and Susan Potter are played by the always dependable Edward Everett Horton and Jean Dixon. 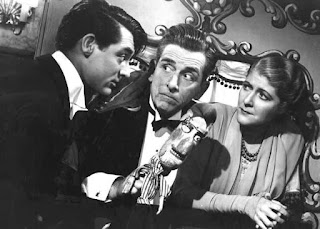 OK, I'm going to admit something.  For quite a few years now, I've wished I could be in another remake of HOLIDAY.  One with a nod to modern times.  I'd like The Potters to be a middle-aged gay married couple and I'd be the new version of the Mrs. Potter character.  I love her in Cukor's HOLIDAY.  Here's some classic film trivia for you:  Edward Everett Horton was one of those rare actors who played the same role in the original and a remake.  He's Nick in the somewhat wooden 1930 adaptation of HOLIDAY starring Ann Harding and Mary Astor as the wealthy sisters.

Here's some more classic movie trivia for you:  Did you know that the MGM musical comedy IN THE GOOD OLD SUMMERTIME, a 1949 hit starring Judy Garland and Van Johnson, has a 2-cast member connection to Billy Wilder's 1950s classic drama, SUNSET BOULEVARD? 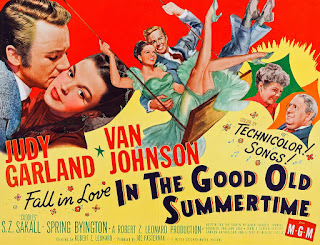 This is a musical remake of MGM's 1940 romantic comedy, THE SHOP AROUND THE CORNER.  The action has changed from Budapest to Chicago.  Garland and Johnson are the bickering music shop co-workers who have no idea they're secretly romantic pen pals in a series of letter that don't contain their names.  Just post office box numbers.  Silent screen great Buster Keaton plays one of the shop's other employees opposite Van Johnson and Judy Garland. 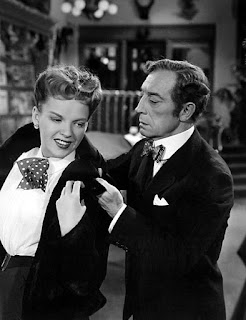 There's a brief scene outside the music shop with a couple of women.  One verbally recognizes the owner as he subtly tries to push a harp sale.  He pretends to be an anonymous person who's stunned at the store's bargain prices.  The tall lady who's hip to his merchant tactics is played by Anna Q. Nilsson.  Like Keaton, she was also a silent screen star. 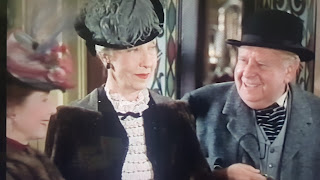 In Billy Wilder's SUNSET BLVD, Anna Q. Nilsson and Buster Keaton play themselves as two of Norma Desmond's regular guests that screenwriter Joe Gillis (William Holden) calls "the waxworks."  Click onto this link to see them together in a clip from Wilder's movie masterpiece:
https://youtu.be/Nn4pMI2q_PM .

That's another film classic with a New Year's Eve party scene.  Norma Desmond starts the New Year off with a kiss. 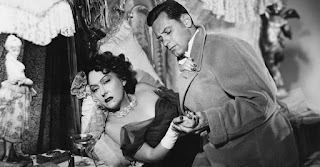