Man, how I miss Madeline Kahn.  No screen actress since Mae West in the 1930s had made sex so openly fun and funny.  The late Madeline Kahn lit up every movie she appeared in during the 1970s with her comedy brilliance.  And she was lovable.  You just wanted to go into the screen scene and hug her.

There was a Marquette University professor whose classes I could not wait to attend every time.  And they were long classes, lasting about three hours.  They opened with a lecture from James Arnold, a slim and long-haired, bespectacled professor in the Journalism Department and they concluded with...a film.  He taught Film as Journalism.  Did you ever see SPELLBOUND, the 1940s Alfred Hitchcock classic starring Ingrid Bergman as a bookish psychoanalyst and Gregory Peck as her handsome new co-worker?  If you did, I'm sure you recall the famous kissing scene.  She puts down her book, removes her glasses and he kisses her.  We see a series of doors opening in her mind, one after another, to illustrated her new...enlightenment.  That's how I felt listening to Professor Arnold's lectures.  He loved films.  He taught us how to read the literature of films while watching them.  He taught us about the details of special visual effects, like that kissing scene.  He taught us about special audio effects, lighting, shadows, camera blocking, the placement of actors, music scoring...all those things that add to watch the director is saying in the film.  Those things all make up the literature of it.  Professor Arnold explained that Vincente Minnelli's THE CLOCK starring Judy Garland and Robert Walker (which he showed to the large class) and MIDNIGHT COWBOY had a connection.  In the World War II love story of 1945's THE CLOCK, we see the soldier and the lonely secretary who fall in love in Manhattan. 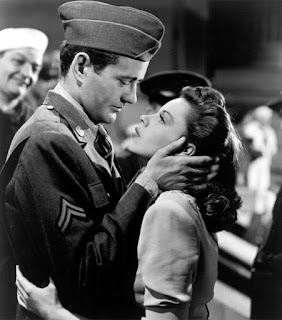 What's the connection to a male hustler and a low-life con man in 1960s Manhattan?  Professor Arnold told us that, in both films, New York City is like the third character.  It brings the two lead characters together, separates them and then reunites them.  THE CLOCK did have something in common with 1969's MIDNIGHT COWBOY. 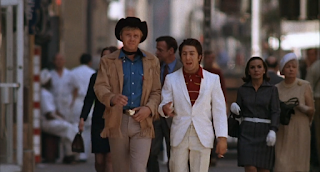 I went into his university class with a love of film that had started when I was in elementary school.  He made my love burn hotter and brighter.  I did so well in his class that I got an A exemption.  I didn't have the take the final exam.

At that time, well into the 1970s, you were not a serious film enthusiast if you didn't mention and go see the movies of Ingmar Bergman.  He was talked about with a  reverence.  Professor Arnold lectured on the theo-philosophical depth and symbolism of Ingmar Bergman films.  He screened Bergman's 1958 classic, THE SEVENTH SEAL. 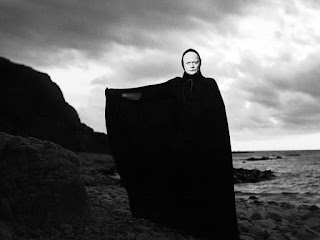 In our textbooks, we read about Bergman's WILD STRAWBERRIES.

In the next class, Professor Arnold talked about comedy and short subjects.  When I was a kid, you often got a short subject in between a theater's double feature (back in the day, you paid one ticket price for two movies) and short features often preceded exclusive engagement films.

Professor Arnold screened a short feature, a parody of those Swedish Ingmar Bergman classics.  It was called De Düva: THE DOVE.

The large lecture hall class howled with laughter at this short feature.  And a few students said, "Hey! There's that girl from BLAZING SADDLES!"  The 1974 Mel Brooks comedy was out and very popular.  The girl playing Sigfrid in this 1968 comedy short was unknown to movie audiences then.  Her name -- Madeline Kahn.  You want to see THE DOVE?  Click onto this link:

For you Broadway fans, the actor playing the lead character, Viktor, was George Coe.  Coe was in the original Broadway cast of Stephen Sondheim's COMPANY with Elaine Stritch and Dean Jones.

In WHAT'S UP, DOC?, her big feature film intro, from director Peter Bogdanovich in 1972.... 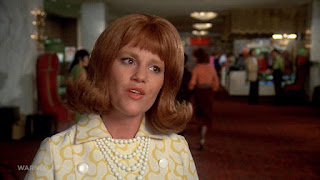 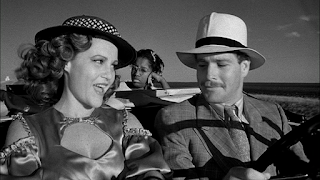 ...Madeline Kahn displayed Oscar-nominated talents that made millions of us grieve when cancer took her away from us in 1999 at age 57.