She Rocks FRESH OFF THE BOAT

I have current sitcom moms that I love on television.  Sofia Vergara as Gloria on ABC's Modern Family has caused me to do a DTST belly laugh many times when I've drunk a beverage while watching the show.  DTST stands for Danny Thomas Spit Take.  Sitcom veteran Tracee Ellis Ross has finally been cast in a network project that utilizes and displays her comedy skills to a wider audience.  From 2000-2008, she was a regular on the sitcom, Girlfriends.  Tracee also gets big laughs from me as the medical doctor/working mom who tries to keep her upscale suburban African-American family from actin' afool.  She's the perfect partner for actor/comedian Anthony Anderson as the ad agency family man on Black-ish, a new sitcom that's also on ABC.

Those two sitcom moms are now joined by actress Constance Wu as the mother on the even newer ABC sitcom, FRESH OFF THE BOAT.  Wu did her time in community theater and in New York City acting classes before moving to Los Angeles where, thank Heaven, she landed the female lead role on this new sitcom. There's a touch of The Wonder Years and Chris Rock's Everybody Hates Chris in the structure of the show.  It's based on a memoir of the same name by TV's celebrity chef and hipster, Eddie Huang.  He narrates each episode about his boyhood with his fish-out-of-water family members. 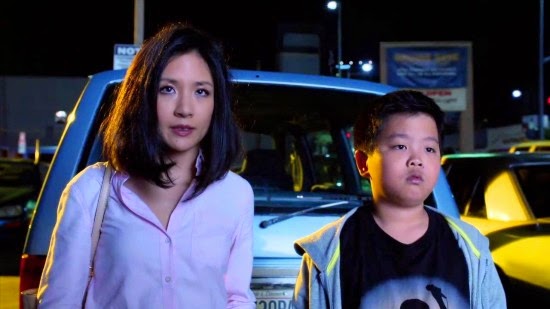 The Huangs moved to Orlando from Washington, D.C. in the 1990s and live in a predominantly white suburb.  The family runs a western-themed restaurant and is really trying to blend.  Little Eddie is all about hip-hip music and sports.  And food. 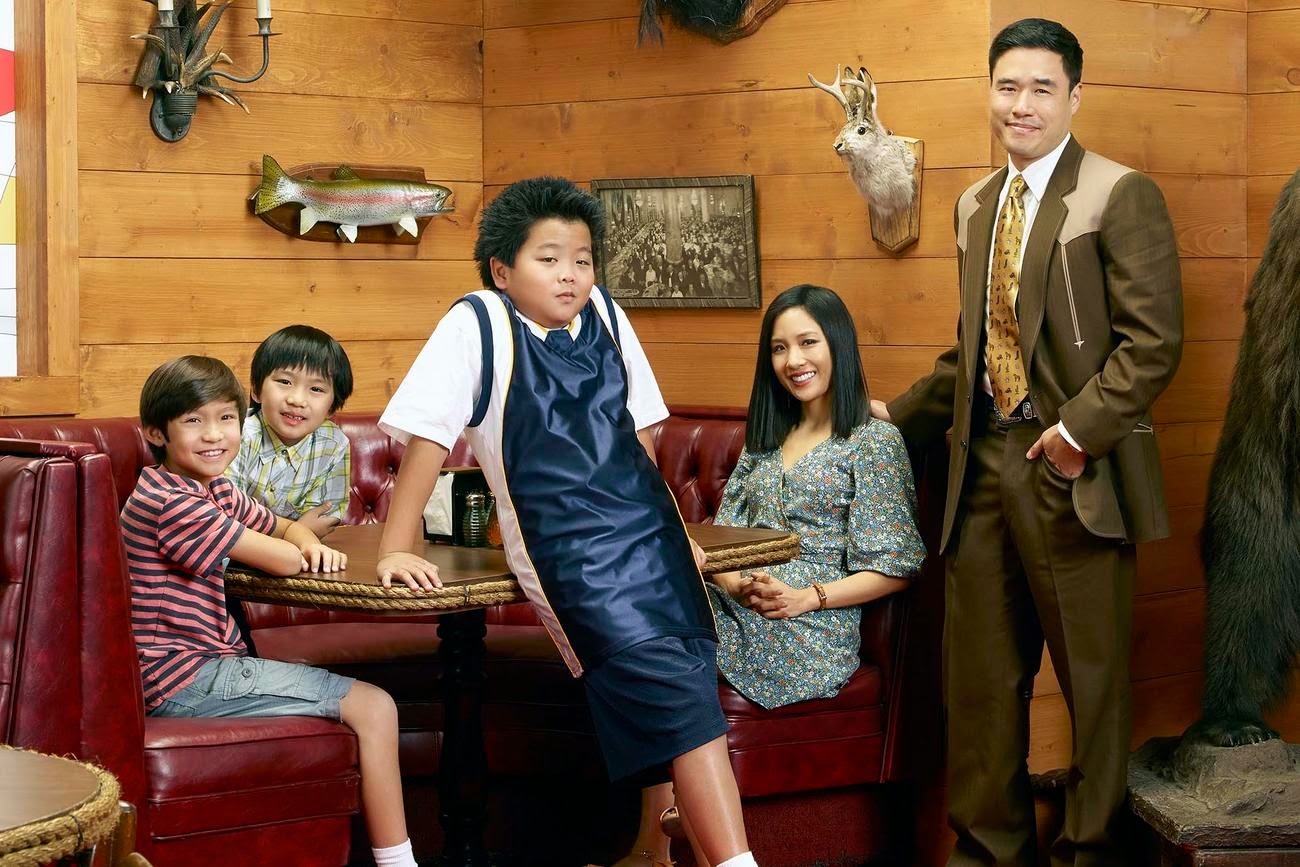 The main reason I wanted to see this sitcom is because I'm a big Randall Park fan.  He plays the dad.  I started to really notice his solid comedy acting chops in national TV commercials when I lived in San Francisco in 2011.  He's got that all-American, slightly clueless dad/husband vibe mastered.  He was excellent as the Midwest politician on HBO's sitcom, Veep.  And I couldn't believe that, of all networks, ABC overlooked him every time it did a morning or evening network news piece on the controversial comedy, The Interview, last December.  James Franco and Seth Rogen constantly got mentioned.  They were the stars of the film.  But, without Park's performance, you've got no movie.  Franco and Rogen are the two American tabloid TV show employees who fly to Korea to do an exclusive interview of dictator Kim Jong-un and, maybe, terminate him for the CIA.  Park is a highlight of the movie as the outgoing dictator who has daddy issues.  A bromance blossoms between him and Franco's dimwitted but cute TV host character.  No one on ABC said "...also starring Randall Park who you'll see on the premiere of ABC's new sitcom, Fresh Off The Boat, in February."  A major oversight. 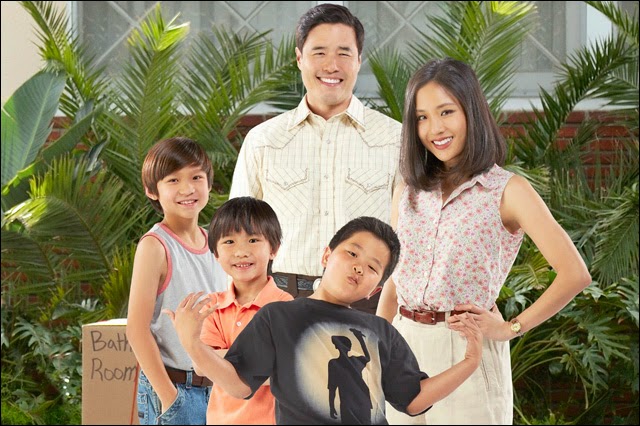 Randall Park is perfect as the dad.  It's a very funny, very original performance.  I've not seen him do this type of character before whereas -- and I say this as a fan -- I've seen Franco play the same kind of character opposite Seth Rogen more than once.  Totally complementing Park's slightly nervous, chatty and upbeat dad is Constance Wu as the overwhelmed and frugal mother.  She's dealing with kids, in-laws, Caucasian neighbors and she needs a job.  Wu has a deadpan delivery that breaks me up every time.  Jessica (Wu) is a fine new addition on the sitcom scene.  Constance Wu is making TV history with this breakthrough role.

Hard to believe that Fresh Off The Boat is the first sitcom about an Asian-American family on network TV in 20 years.  The previous one starred comedian Margaret Cho and was also on ABC.  I dig Cho alot, but that sitcom, co-starring B.D. Wong, wasn't very good.  It didn't let Cho be Cho.  We fans of her stand-up comedy were disappointed.  She was disappointed.  Her sitcom didn't last long.

Reportedly, ABC has given a green light to a sitcom pilot starring Ken Jeong, the doctor-turned-comic actor seen in Knocked Up.  He also played the manic Asian gangster in the comedy, The Hangover.  His ABC project, Dr. Ken, will be a medical comedy.  This is good.  It's about time network TV widened its casting net for Asian-American actors. 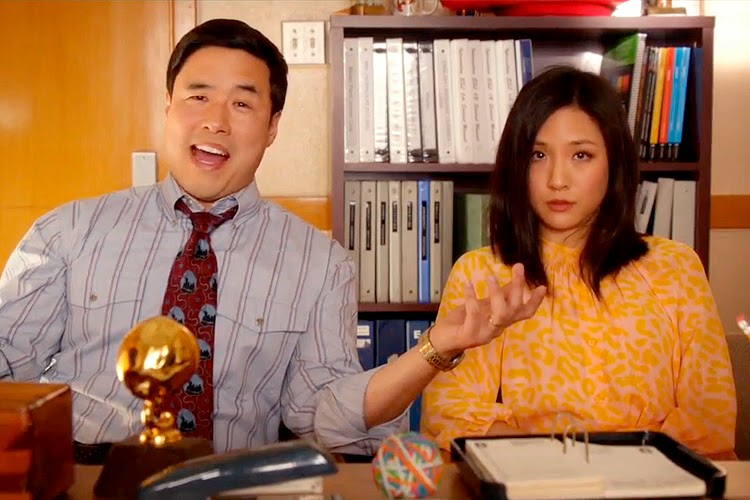 Catch Constance Wu and Randall Park on ABC's Fresh Off The Boat.  I think you'll be very entertained by their chemistry and comedy.  It's part of ABC's Tuesday night line-up, airing at 8p.