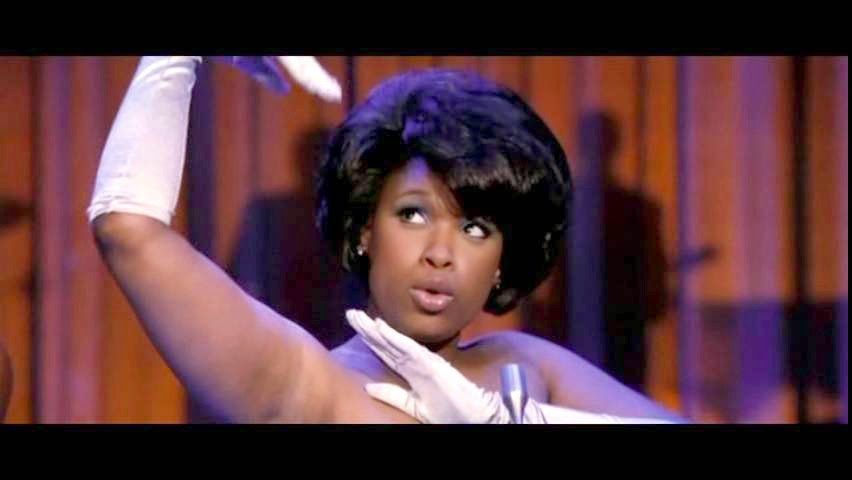 Empire has followed American Idol, the singing competition in which we first met Jennifer Hudson.  She didn't win that season of American Idol and Simon Cowell didn't think she had pop star quality.  Then she made a movie and won an Academy Award. 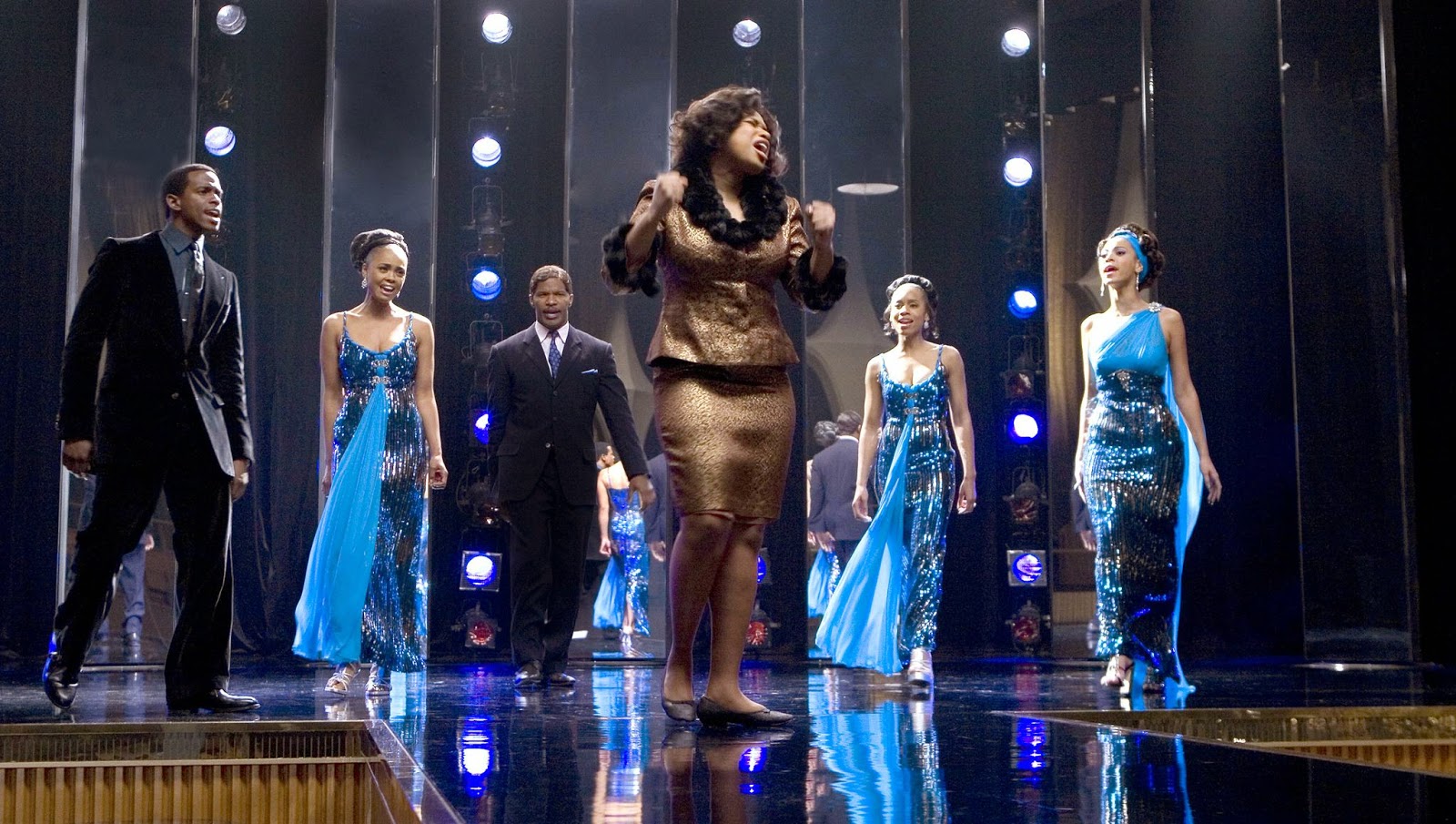 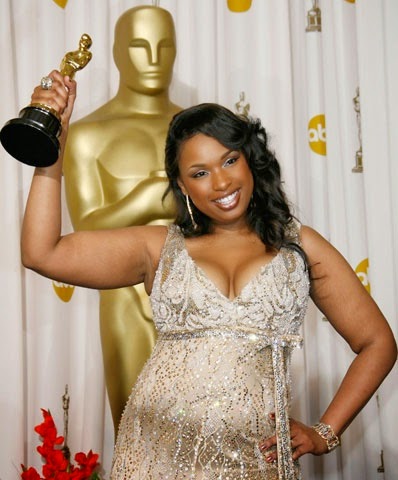 Black and Latino American actresses often cannot get other good Hollywood script opportunities after they've received an Oscar nomination or won the Oscar.  Compare their film resumes to those of talented Caucasian actresses like a Julia Roberts, Marisa Tomei, Jennifer Lawrence or Amy Adams who got other substantial film roles after that first Oscar nomination -- and got more than one Oscar nomination as a result.

Rita Moreno won Best Supporting Actress for 1961's West Side Story.  Where was her next big Hollywood musical after that?  Where was Jennifer Hudson's next big musical after Dreamgirls?  Several ethnic actresses -- mostly black -- got that one Oscar nomination and then had to turn to TV.  Cicely Tyson was a Best Actress nominee for stunning performance in 1972's Sounder.  Her only Oscar nomination.  After that, she turned to the TV mini-series for good roles.  She did The Autobiography of  Miss Jane Pittman and played Coretta Scott King in the mini-series biopic, King.  Diahann Carroll, the first black woman to win the Tony for Best Actress in a musical and the star of the racially groundbreaking NBC sitcom, Julia, got a Best Actress Oscar nomination for 1974's Claudine.  Hollywood didn't send her more juicy scripts.  She never got to do a film version of her interracial musical love story set in Paris, No Strings.  That was the early 1960s hit Broadway show, with music by the legendary Richard Rodgers, that won her the Tony.  Diahann Carroll joined the cast of TV's Dynasty.  Whether a talk show or a series, Oscar nominees such as Whoopi Goldberg (Best Supporting Actress Oscar winner for 1990s Ghost), Taraji P. Henson, Queen Latifah, Rosie Perez, Alfre Woodard, Angela Bassett and Viola Davis turned to TV for steady work when Hollywood failed to send them more good scripts.  I talked about this with Whoopi Goldberg during the two years we worked together on her radio show in New York City.

In all Oscar history, Whoopi Goldberg and Viola Davis are the only two black actresses who have two Oscar nominations each.  No black actress has more than two nominations to her credit.  That underscores the need for more Hollywood diversity and opportunity.

On this week's Empire episode, Jennifer Hudson as the gospel singer gave a "Hallelujah!" hug to Terrence Howard as Lucious Lyon when the hip hop music mogul offers to make her a recording star.  Did you know that Hudson and Howard played Winnie and Nelson Mandela onscreen?  Winnie Mandela screened at the 2011 Toronto Film Festival and got a tiny release in 2012.  Whether it was a great biopic or not, it would've been nice to see it get a larger national release considering it starred two Oscar nominees.  Heck, every cowpie comedy that Adam Sandler cranks out got a wide release.

Here's the trailer for the little-seen Winnie Mandela starring Jennifer Hudson and Terrence Howard.
As for Empire, Taraji P. Henson -- who watched classic Bette Davis film performances for inspiration when she was crafting her TV character -- helped make the series one of the biggest breakout hits of our TV season with her sizzling work as Cookie. 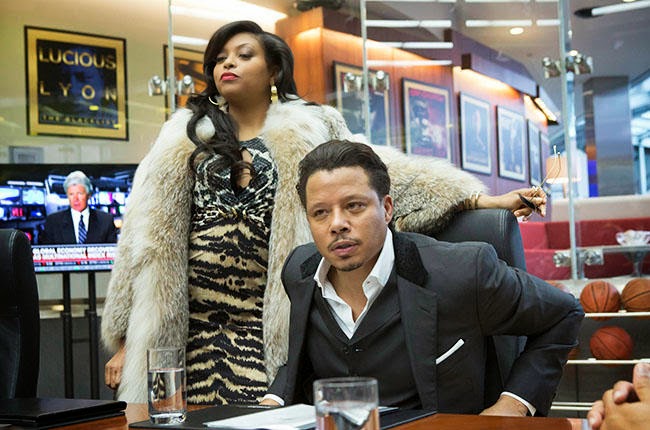 Hopefully, the show's popularity will shake some sense in Hollywood's head so that she gets some juicy film script opportunities again too.  The same goes for her fellow Empire actors with Oscar nominations to their credit.