Vivacious Vanessa Hudgens sang two famous movie songs on Wednesday's Good Morning America and she was wonderful.  She'll be on Broadway as GIGI in a new stage adaptation of the romantic musical comedy that won the Oscar for Best Picture of 1958. 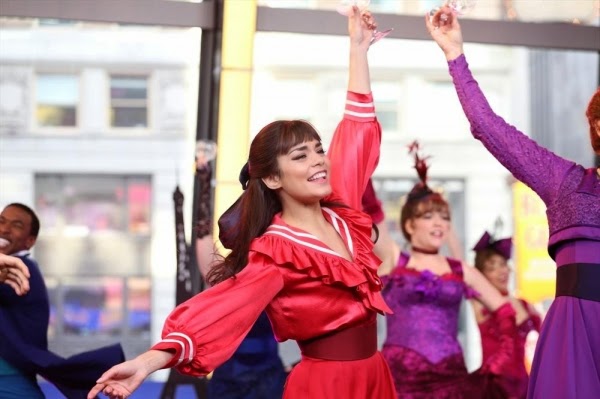 This post is sort of a follow-up to my previous post, "Minnelli Classics on Broadway."  In it, I wrote about Gigi, the Oscar winning movie musical directed by Vincente Minnelli and starring Leslie Caron in the title role. 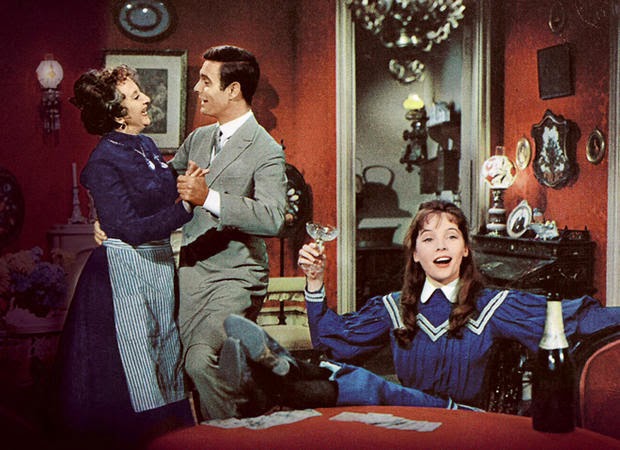 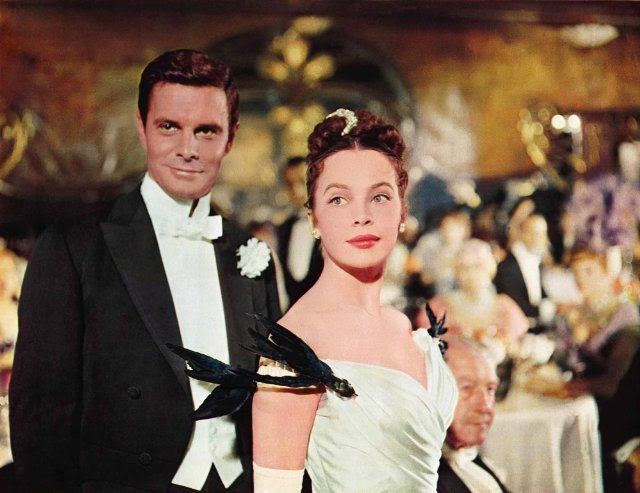 Kids know Vanessa Hudgens from sprightly work on the Disney Channel.  The last time I saw the talented actress was early last year.  She was in a drama I reviewed on cable's arise.tv weekend film review show, Arise On Screen. Hudgens was almost unrecognizable as the hard luck and pregnant New Jersey teen in Gimme Shelter. 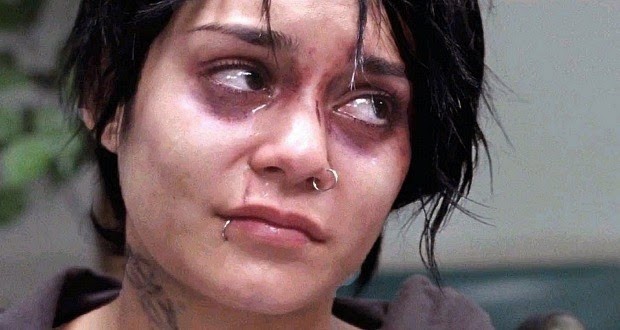 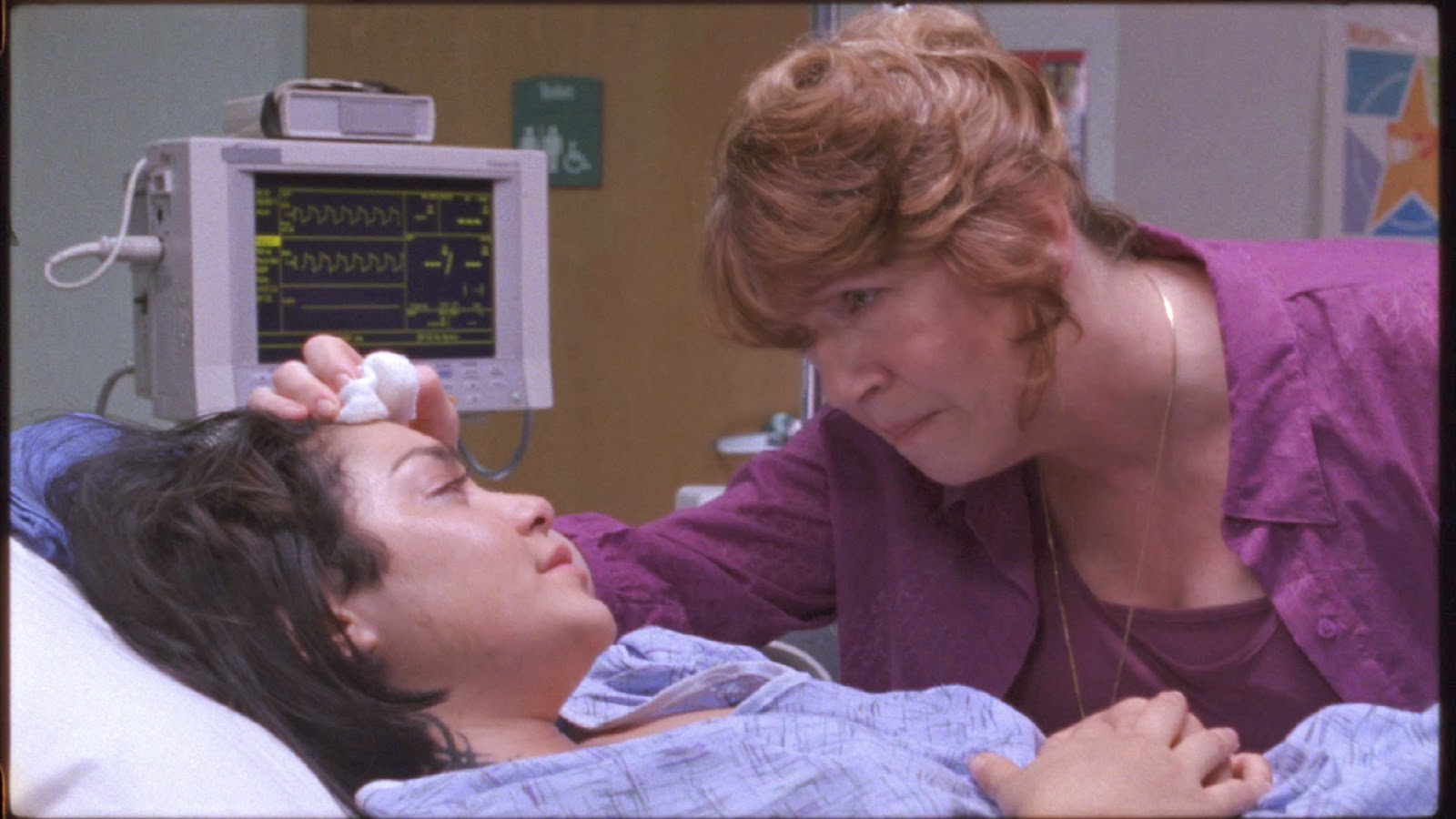 The tough teen girl runs away from her physically abusive junkie mother, tries to find her real father and eventually gets help and care from folks who run a shelter home.  The young actress proved she's got some dramatic chops.  Now we'll find Hudgens in a period piece on Broadway as a sweet, spirited French teen on the brink of womanhood who sings, dances and wants the respectability of true love.

Based on the novella by Colette, Gigi was a play starring Audrey Hepburn in the early 1950s.  That was a straight play -- meaning all dialogue, no music.  Vanessa Hudgens will be on Broadway in the stage adaptation of the original Hollywood musical that had songs written for the film by the famed My Fair Lady songwriters, Alan Jay Lerner and Frederick Loewe.  The upcoming Broadway show contains the celebrated songs from the Vincente Minnelli classic.

When I saw Ms. Hudgens interviewed by GMA anchor George Stayontopothis, I got that "You really need to hire me as a segment producer, GMA" feeling.  He never mentioned the Vincente Minnelli musical which is the basis for this new Broadway show.  Hudgens was on GMA and performed songs introduced in the classic movie with Leslie Caron, not from the play with Audrey Hepburn.

If I was a GMA segment producer, here's the intro I would've written for George:

Last month, we all watched the Oscars here on ABC.  Back in the day, the winner for Best Picture of 1958 was a box office champ and an original movie musical.  The movie was GIGI starring Leslie Caron in the title role.  Best Picture was just one of the nine Oscars Gigi took home.  It also won Best Music Score, Best Song and Vincente Minnelli -- the father of Liza Minnelli -- won for Best Director.  The  classic film musical has been adapted for Broadway and making her Broadway debut in it is the talented graduate of the Disney Channel and High School Musical -- Vanessa Hudgens.


Hudgens did "I Don't Understand The Parisians" and "They Night They Invented Champagne" on GMA.  Loved her!  I think her Broadway debut is going to be delicious.

As I also mentioned in my previous blog post, another Oscar winning movie musical directed by Vincente Minnelli got the stage treatment and is soon to open on Broadway.  Minnelli directed Gene Kelly and Leslie Caron in AN AMERICAN IN PARIS, a musical love story rich with popular songs and compositions written by George Gershwin.  The movie won the Oscar for Best Picture of 1951. 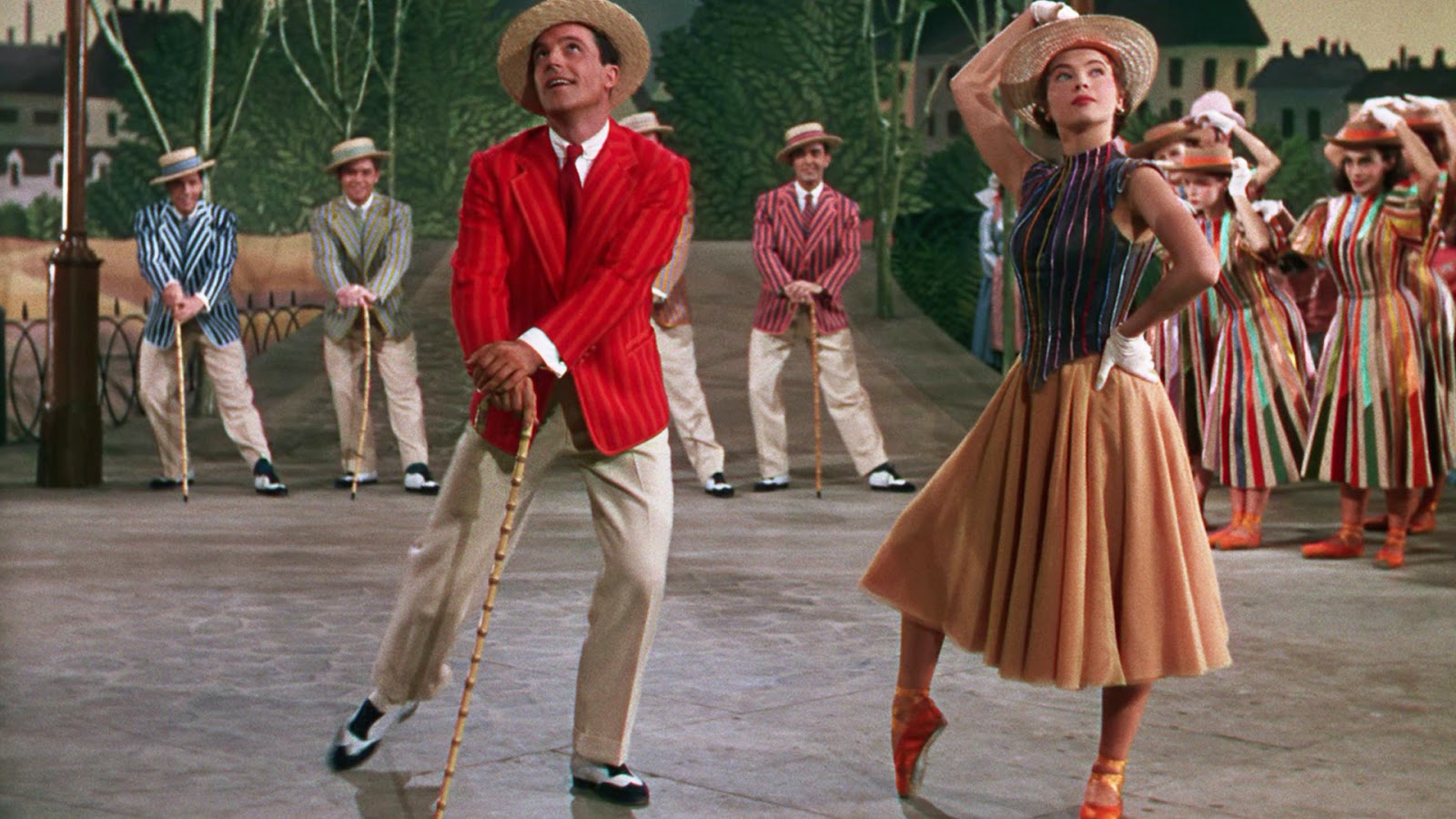 Kelly and Caron dancing to "Our Love Is Here To Stay" and the film's brilliant "An American in Paris" ballet finale are the stuff that dreams are made of. 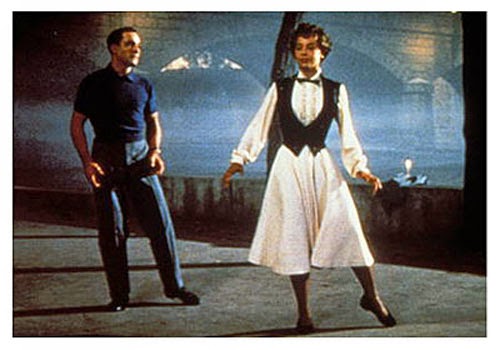 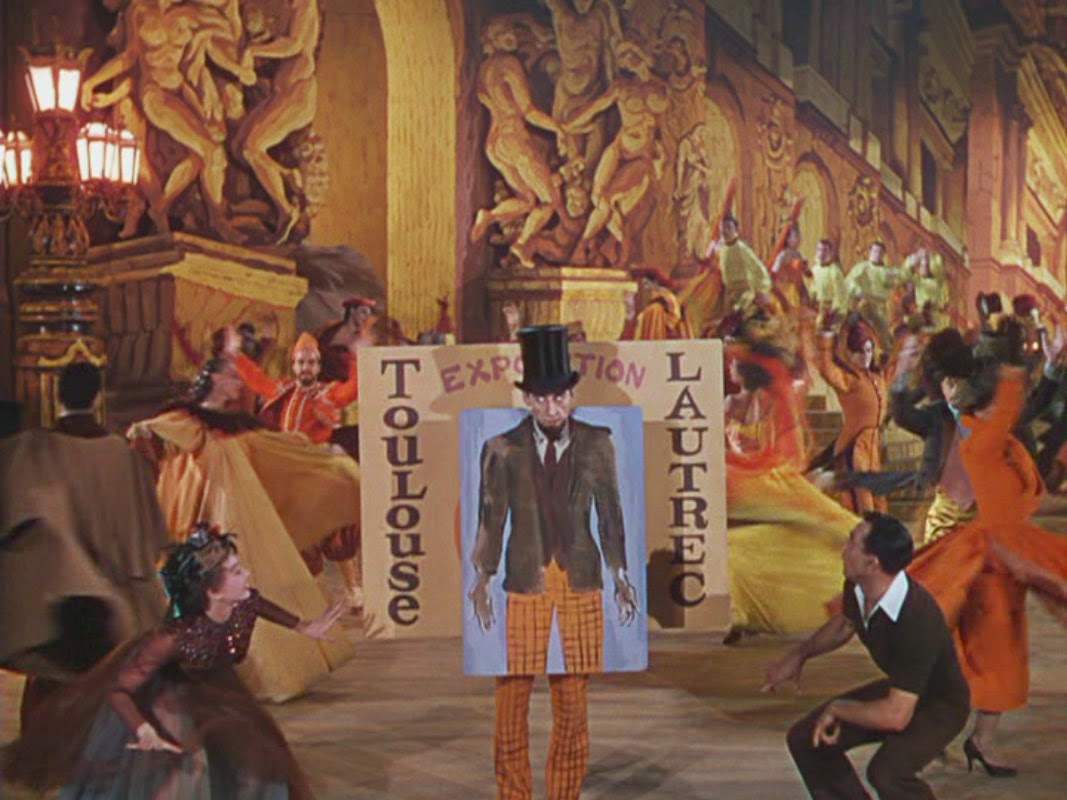 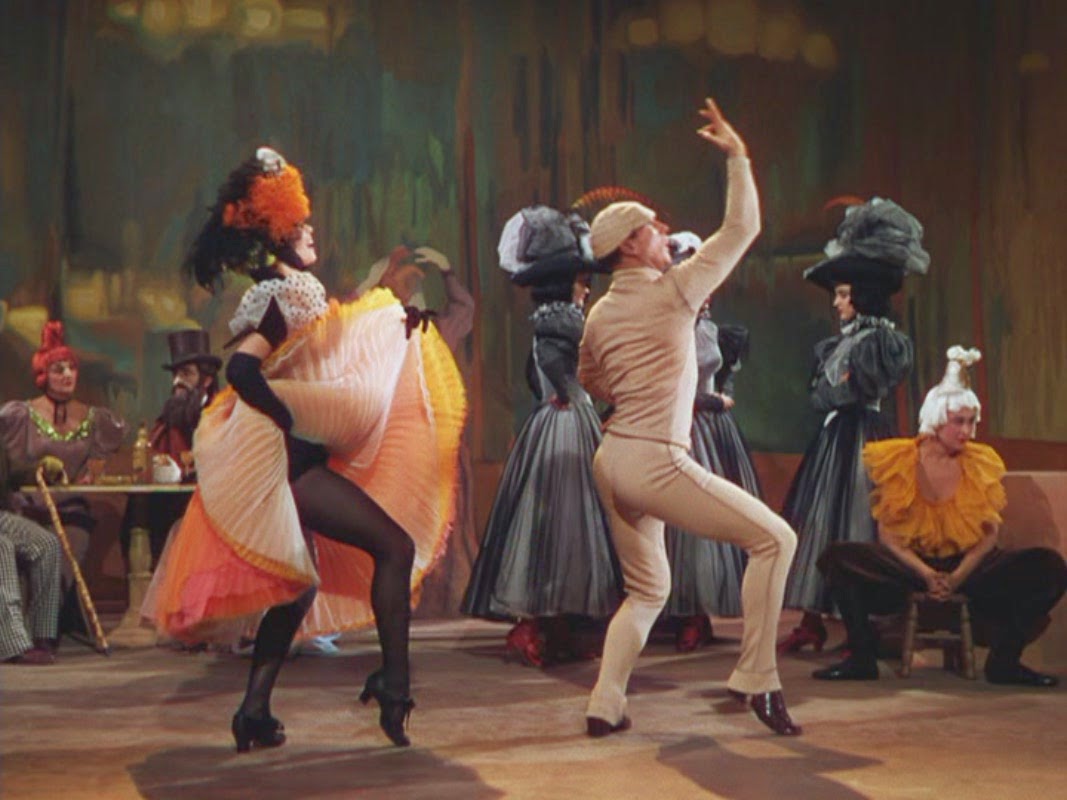 As my friend, Farran, wrote..."it's about joy and regeneration.  It's set in the spring."  She's right!  Minnelli's An American in Paris is a joyous musical set in early 1950s with Gene Kelly as the happy-go-lucky GI who stayed in Paris for inspiration.  He's a painter.  He loves the French art and the French people.  He'll fall in love with a French girl. 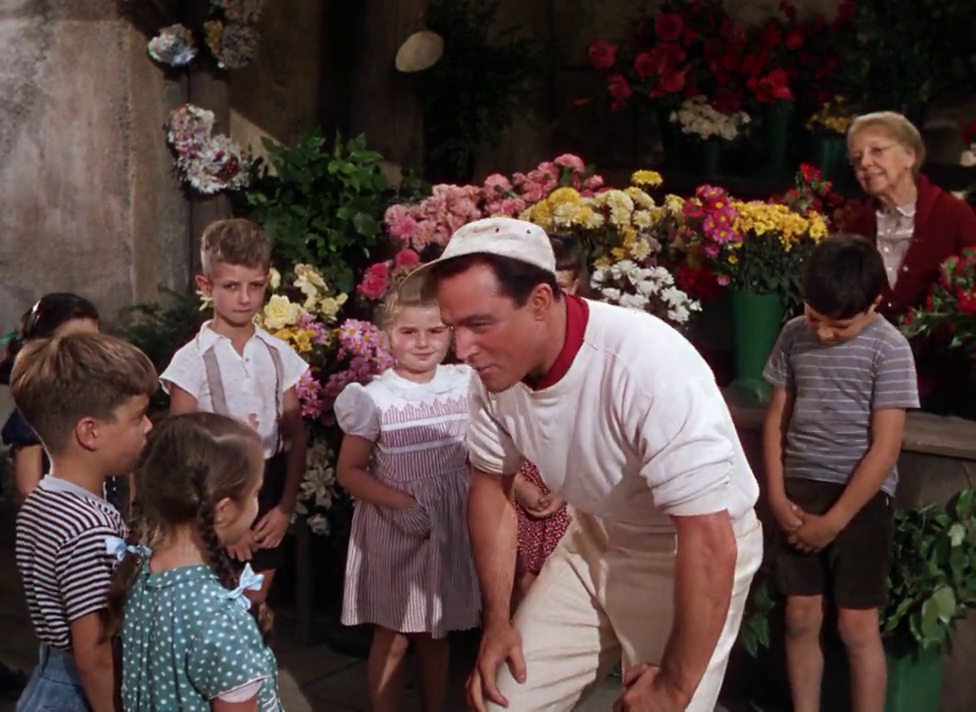 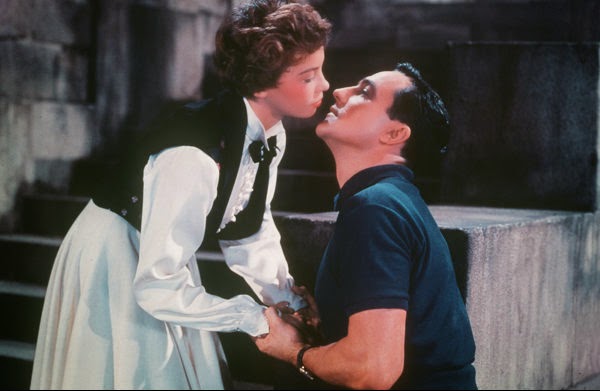 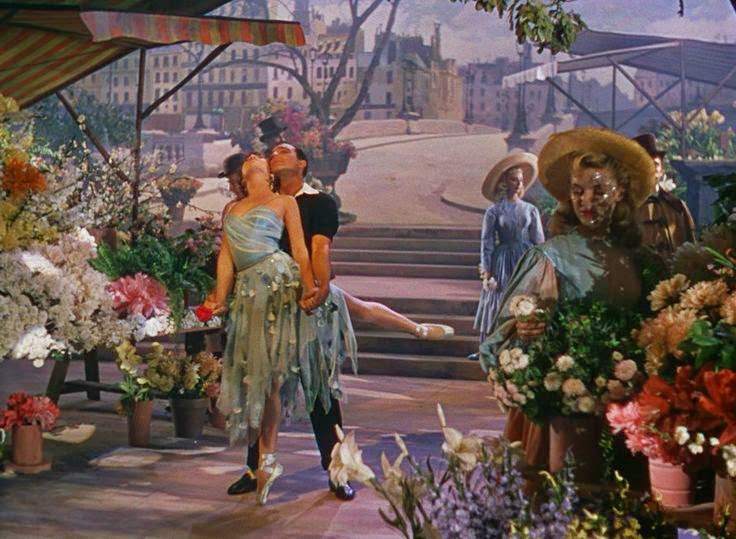 Farran is first-rate film reviewer and historian.  She loves films.  You should follow her on Twitter.  Her  totally cool handle is @SelfStyledSiren.  Today, I learned from her that the upcoming Broadway adaptation of the Minnelli movie has replaced joy with some trauma.

The action has been moved from the early 1950s to soon after the end of World War in the mid-1940s.  France is crawling out from having been under the shadow of Nazi occupation.  Remember the jovial French entertainer who did the elegant, jazzy "I'll Build a Stairway to Paradise" number in the movie? 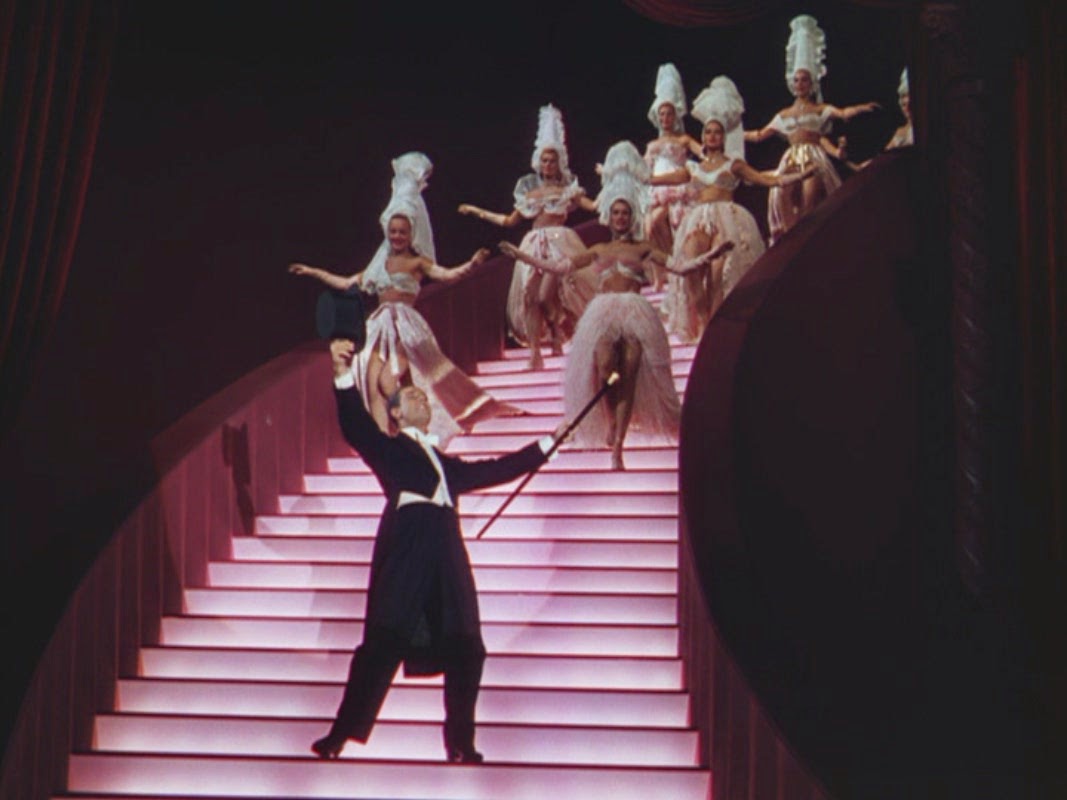 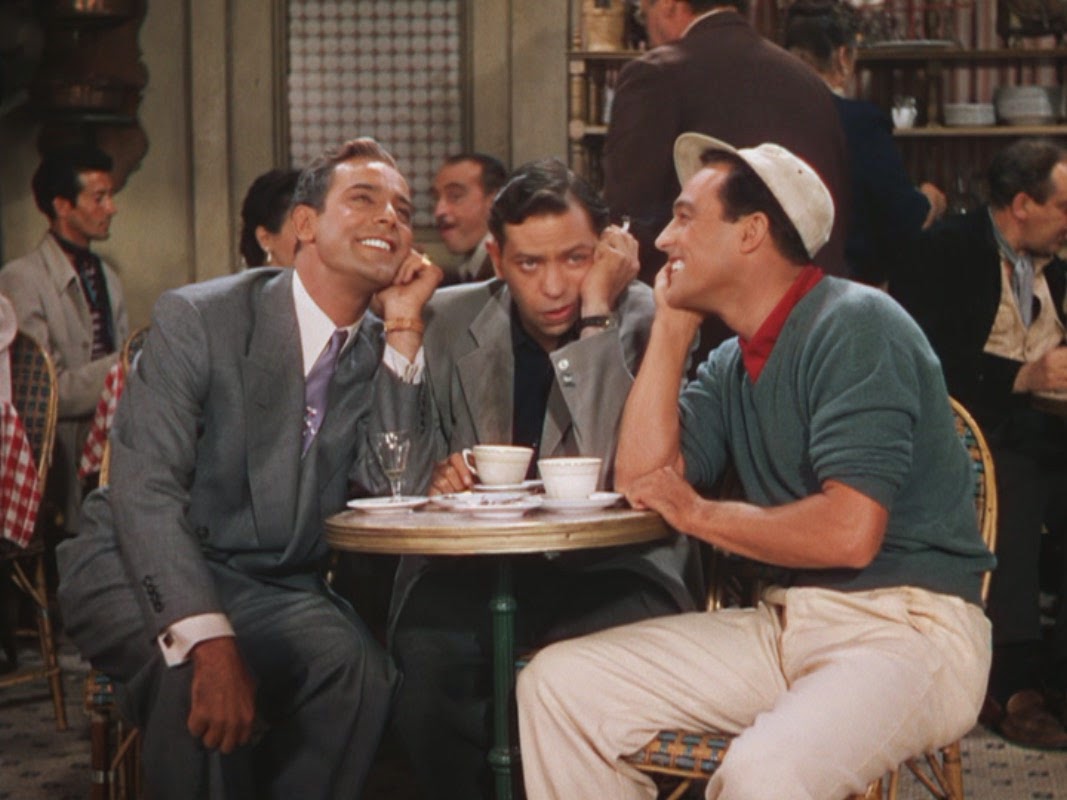 In the cafe table trio photo, he's to the left and Oscar Levant as piano player Adam is in the middle.  Gene Kelly, as the G.I.-turned-painter, is on the  right. 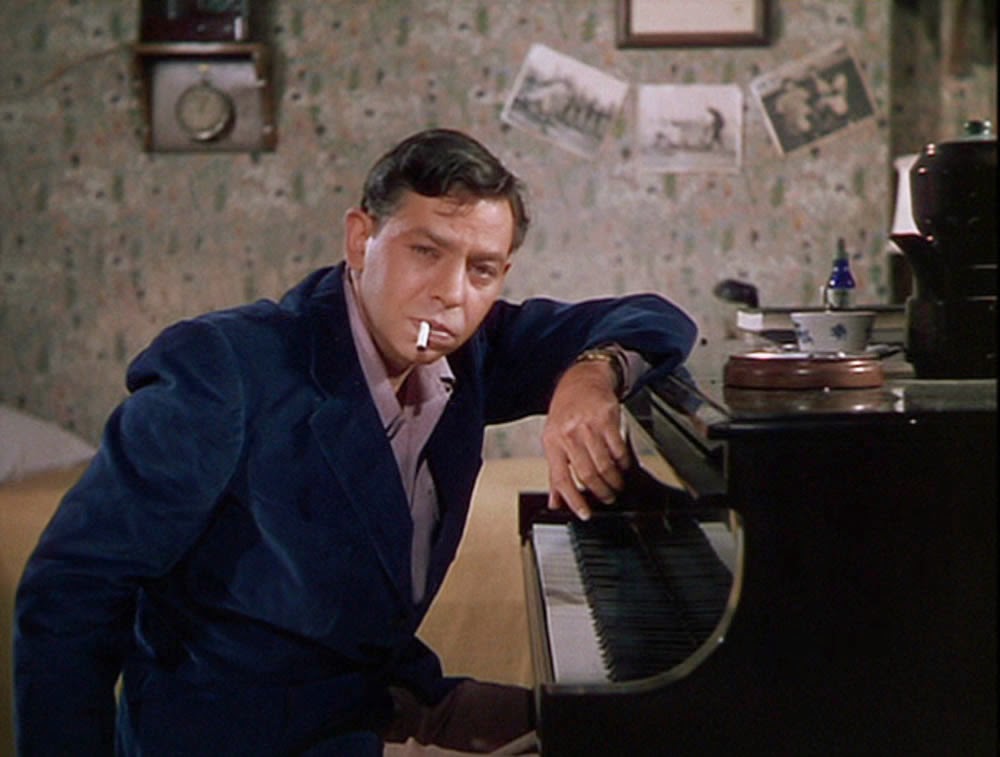 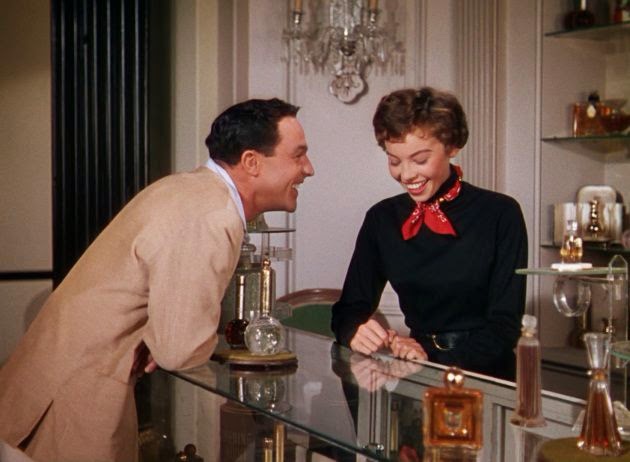 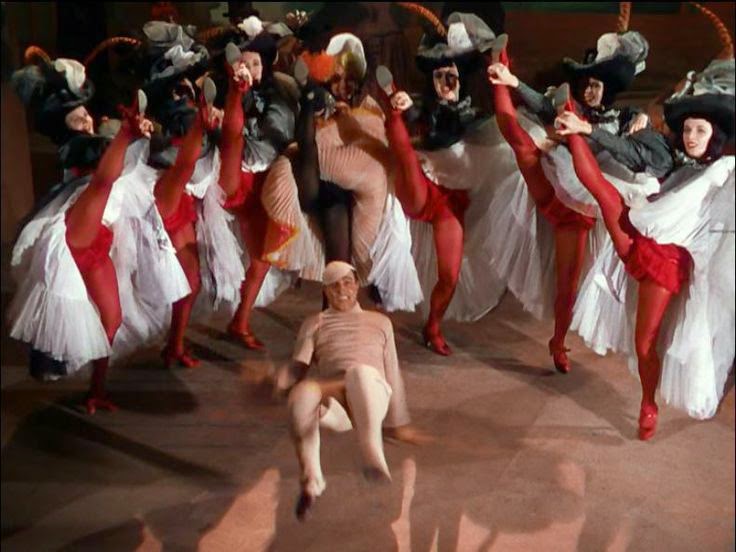 Frankly, I'm concerned.  The only changes I knew about before were that the action had been moved up a few years and that Leslie Caron's character was now a ballerina instead of a clerk in a perfume shop.  The new changes, made by playwright Craig Lucas, really stray from the movie's screenplay.  As Oscar Levant's character in Vincente Minnelli's The Band Wagon says when a highbrow Broadway director wants to bring out the unrealized darkness of a colorful and entertaining Broadway musical comedy script..."That'll leave 'em laughing."

Follow @SelfStyledSiren on Twitter.  And buy her new book, currently available at fine bookstores near you.  If it isn't available, ask the bookstore to order it.  Here's the  cover to her MISSING REELS (a novel by Farran Smith Nehme). 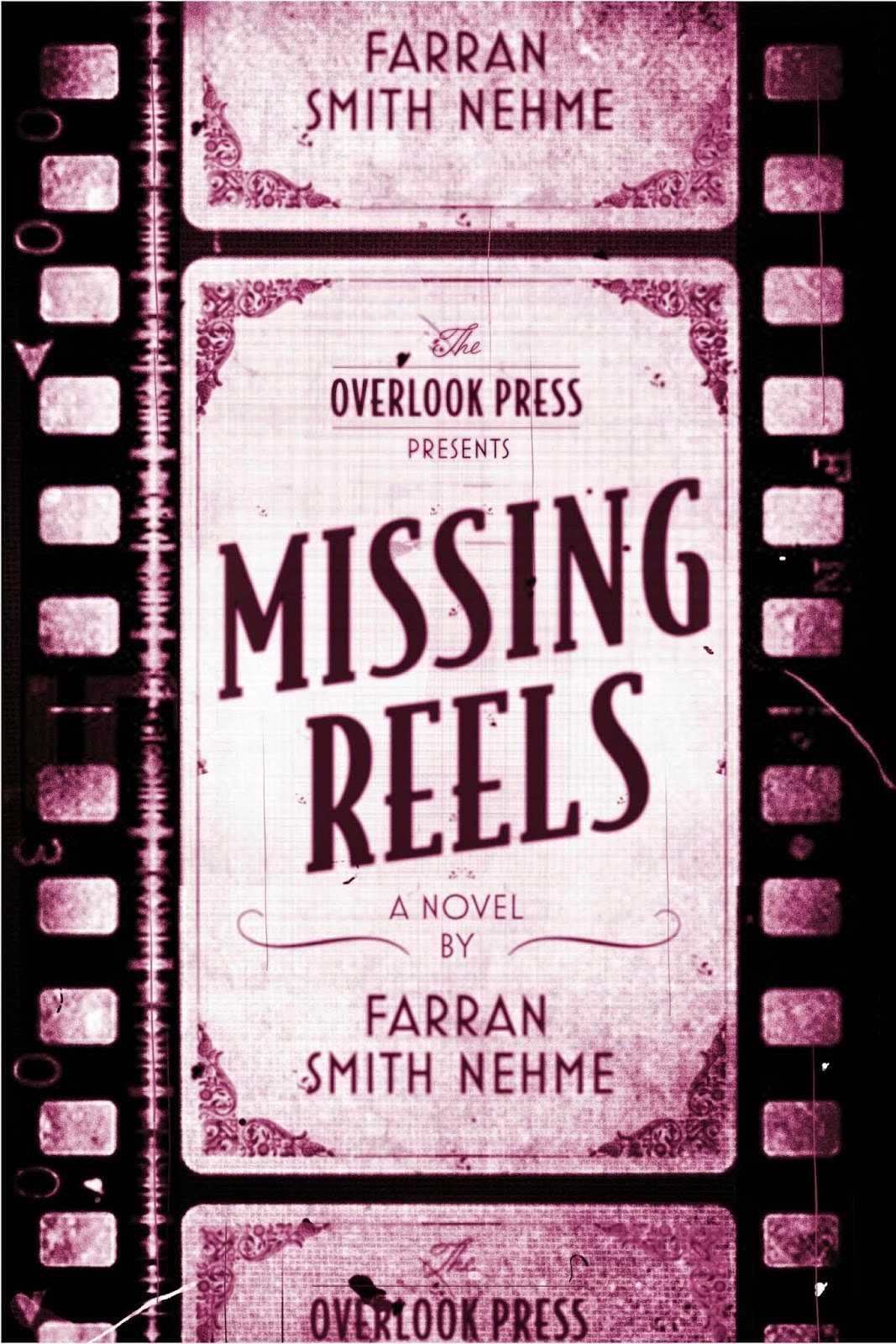 And if you want to see three of the best classic Hollywood musicals, rent An American in Paris, Gigi and The Band Wagon -- all directed by Vincente Minnelli.  One more thing -- on March 12th, say "Happy Birthday" to his Oscar-winning daughter, Liza Minnelli.