If MGM was the Tiffany of Hollywood studios in the production of movie musicals, the Oscar-winning director Vincente Minnelli was its master jeweler.

He and Judy Garland, the studio's top female star of musicals, were married and became the parents of future Oscar-winner Liza Minnelli. 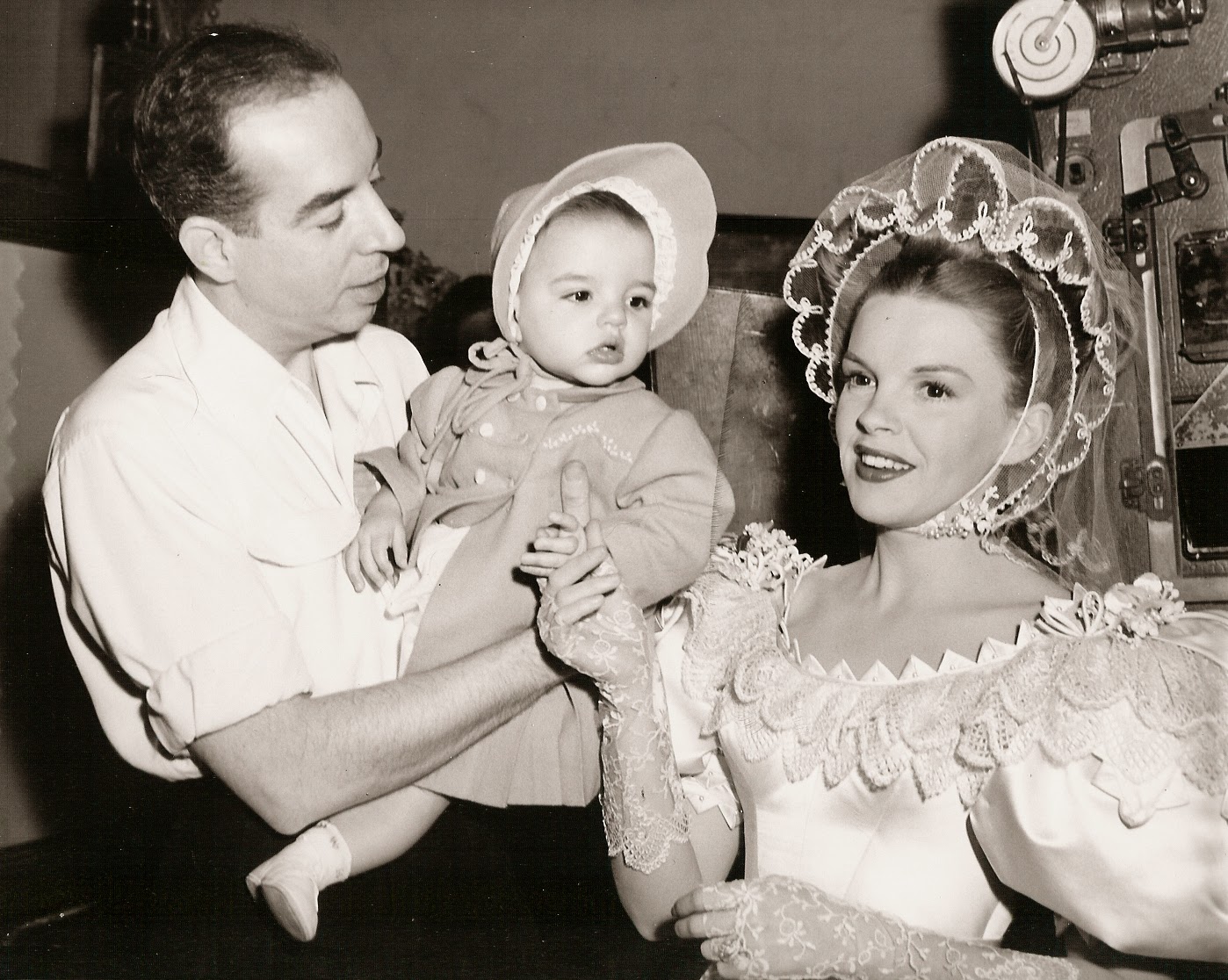 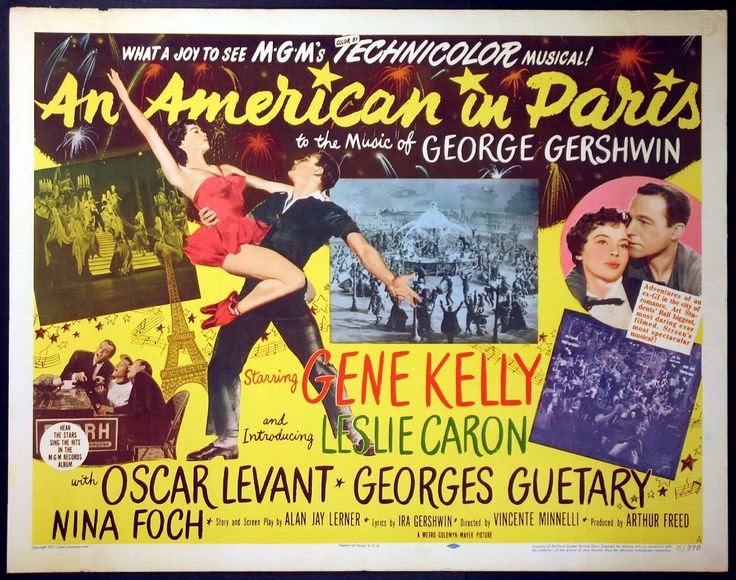 In March, Broadway greets stage adaptations of two Minnelli musicals.  The first one is AN AMERICAN IN PARIS.  This catalogue musical starred actor/dancer & choreographer Gene Kelly.  He was amazing talent and a true visionary in the art of movie musicals.  He took his vision to new heights when he worked with Minnelli.  A "catalogue musical" was a movie filled with popular songs written by a certain songwriter or songwriters.  A story was written to go around the songs. Minnelli's The Band Wagon spotlighted music by Arthur Schwartz with lyrics by Howard Dietz.  An American in Paris, a 1951 release, is rich with songs by George & Ira Gershwin.  It also contains solo instrumental compositions by George Gershwin, such as the one that gave the film its title.  Minnelli's movie has songs written by The Gershwins for Broadway shows and songs written for original movie musicals.  Some were introduced by George Gershwin's longtime dear friend, Fred Astaire, in the 1937 releases Shall We Dance and A Damsel in Distress. 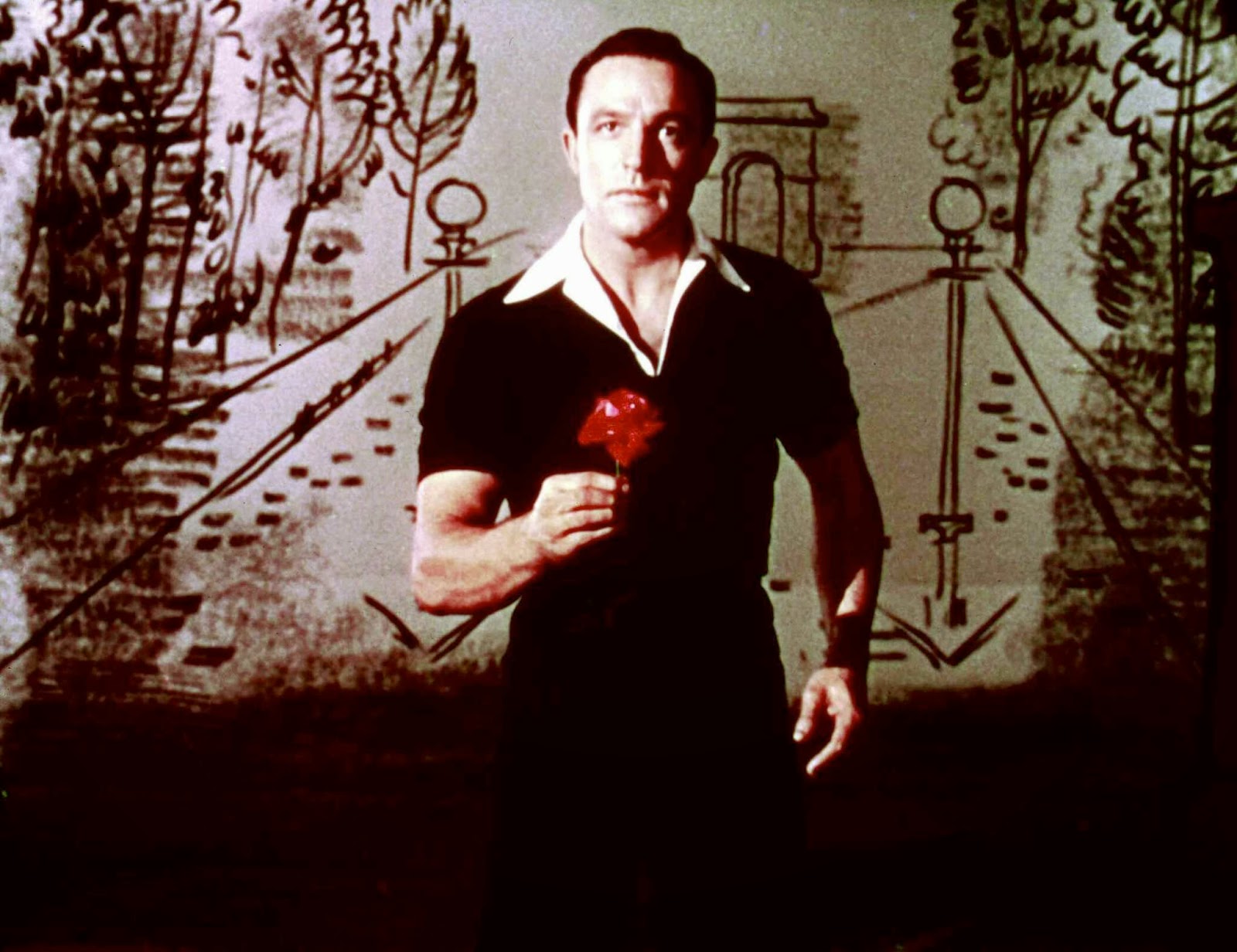 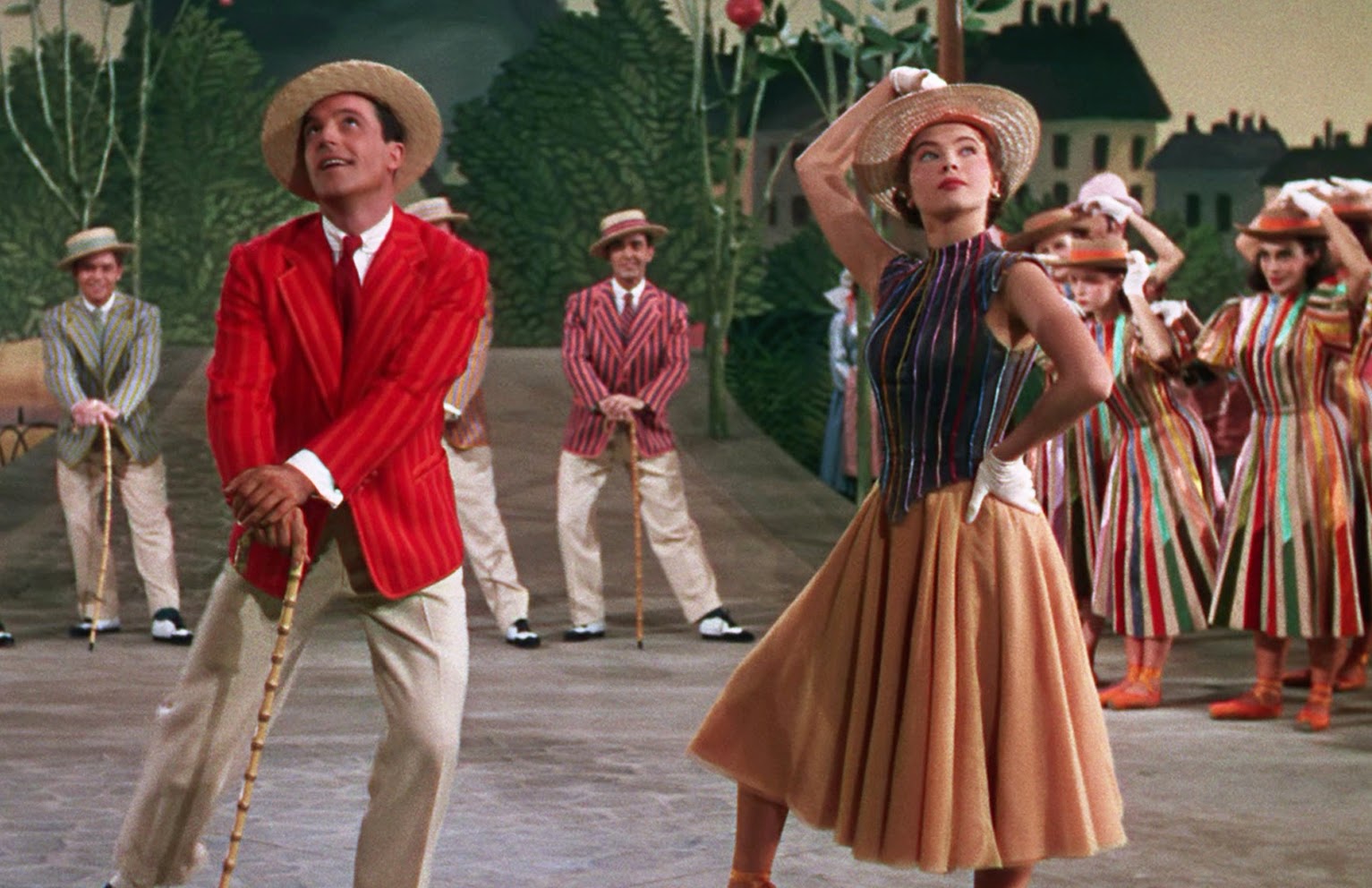 Minnelli's An American in Paris boldly ends with a lavish film ballet set to the Gershwin composition of the same name.  After Gene Kelly's character thinks he's lost the woman he loves, the ballet springs from his broken heart and mind.  When the ballet ends, she has raced back to him and there's a happy ending.  Once the ballet starts -- and it's a long cinematic ballet -- there's no more dialogue in the film.  The wonderful music, the dazzling dance and the equally dazzling visuals tell the story of the American G.I. who stayed in Paris after the war to paint.  He loves the French people.  He falls in love with a French girl.  That ballet alone is a supreme example of the Minnelli and Kelly genius. 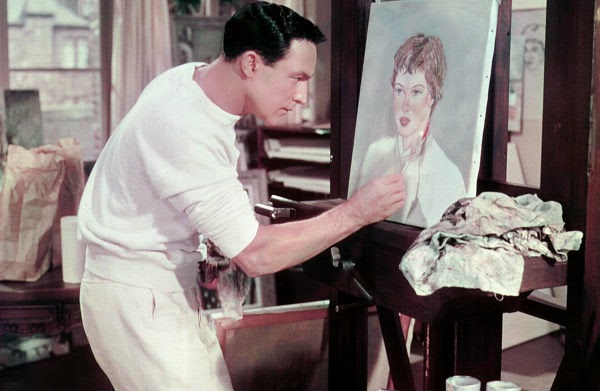 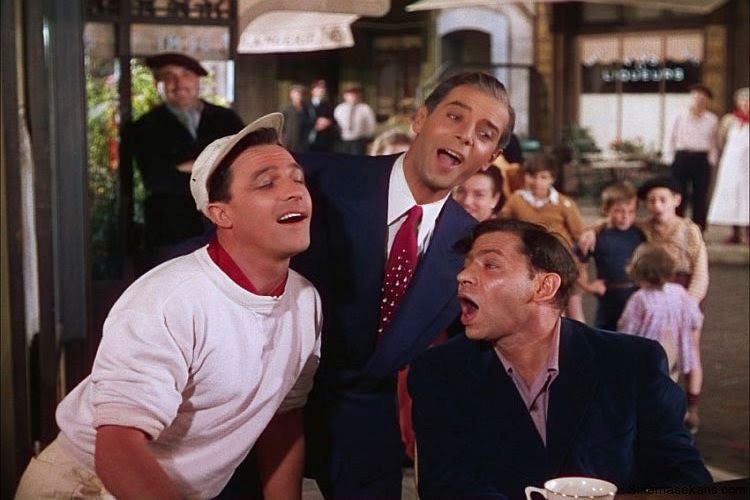 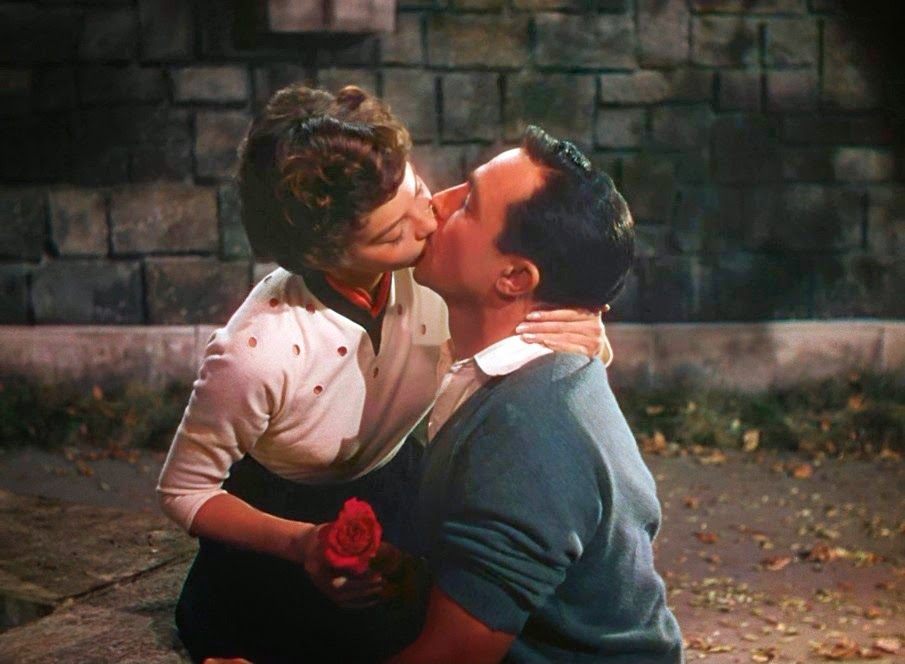 For the stage adaptation of Vincent Minnelli's movie, which was the Oscar winner for Best Picture of 1951, clever changes have been made.  For instance, Lise (Leslie Caron's character) is now a ballet dancer instead of a clerk in a swanky perfume shop. 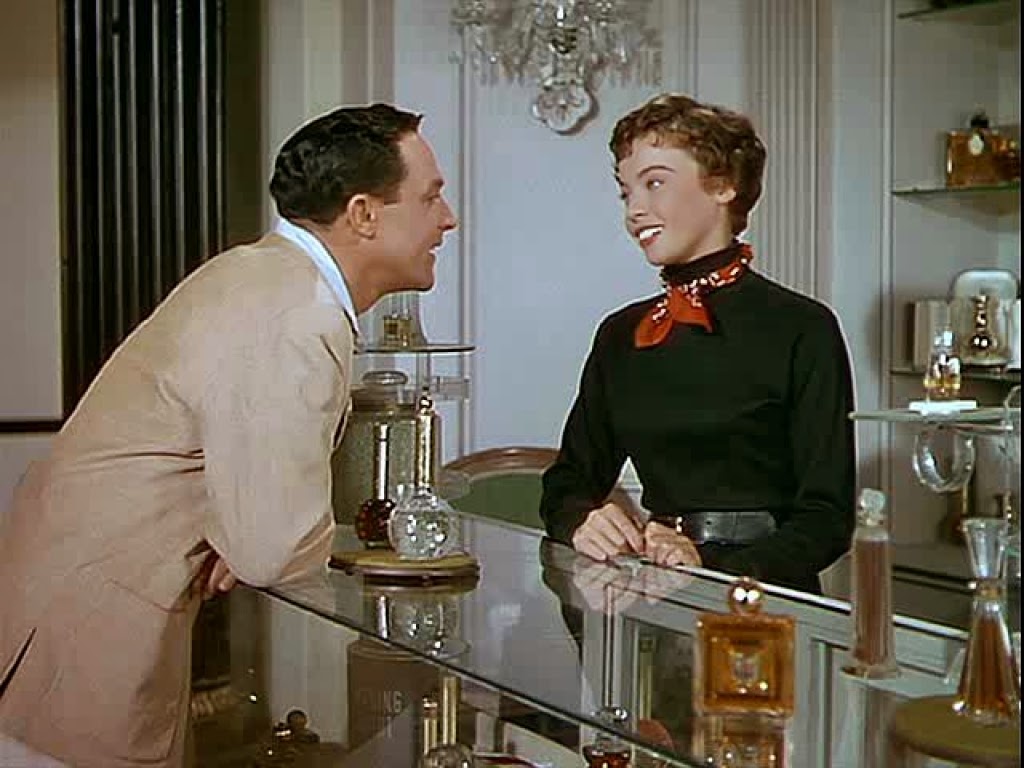 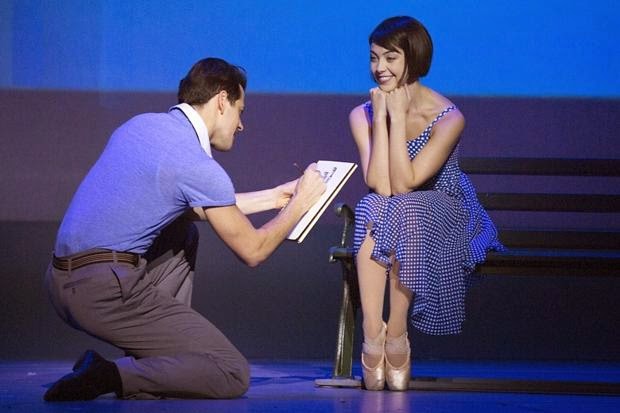 I hope someone thought to offer a free opening night ticket to Liza Minnelli.
An American in Paris brought Liza's father an Oscar nomination for Best Director.  Alan Jay Lerner won an Oscar for his story and screenplay.  For more information on the Broadway musical, go here:
AnAmericanInParisOnBroadway.com. 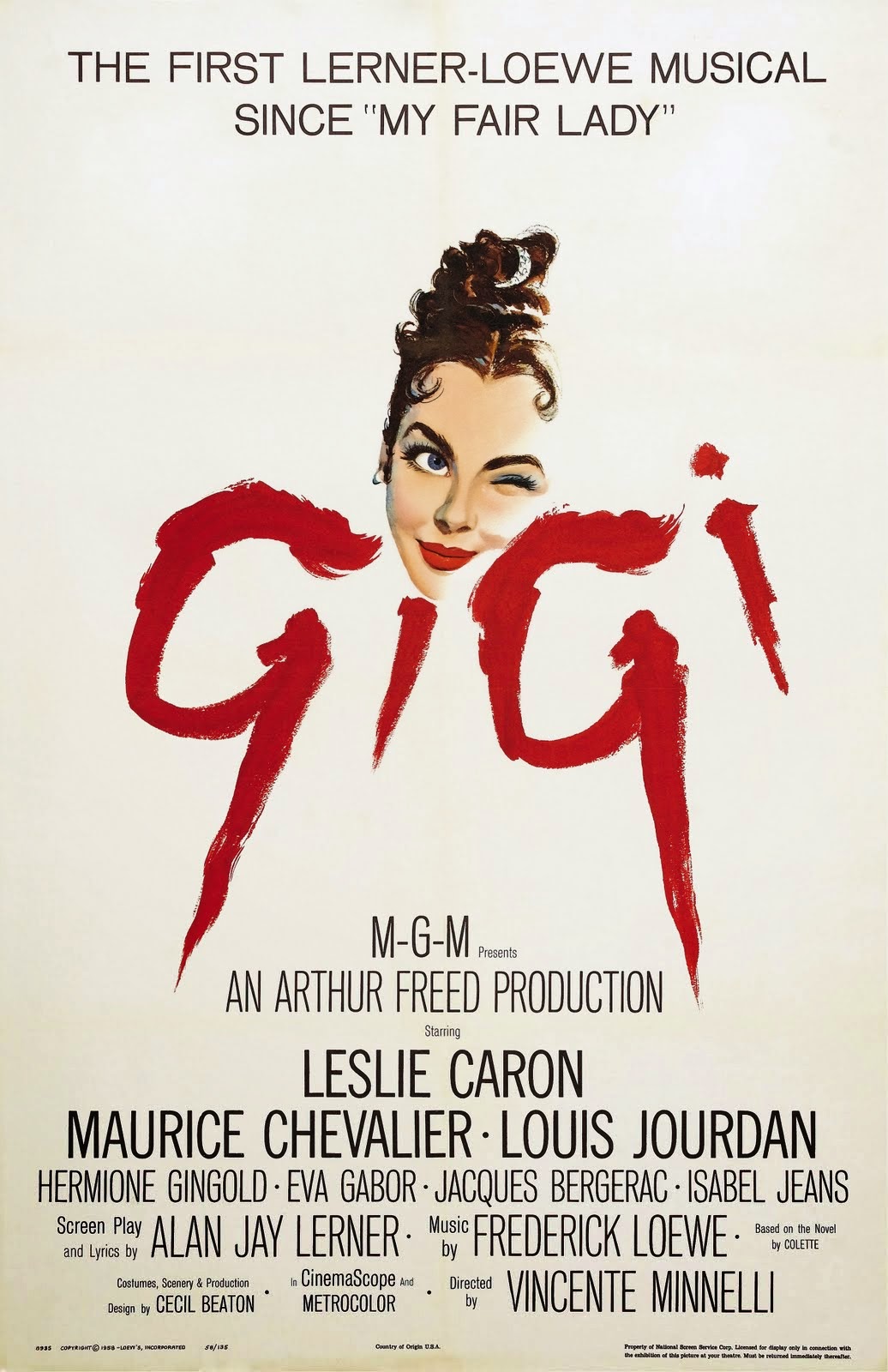 Another musical directed by Vincente Minnelli took home several Oscars.  It was a musical that also starred Leslie Caron as its leading lady and also included the talents of Alan Jay Lerner.  This was an original musical.  All the songs were written for the movie.  And the movie had to get around some Hollywood production codes of the day because of its sexual sophistication.  It turned out to be a box office champion and another gem in the MGM musical crown.

GIGI had a great Oscar night.  It won for Best Picture of 1958.  Vincente Minnelli won for Best Director and Alan Jay Lerner won another Oscar for screenplay writing.  That wasn't the only Oscar for Gigi that Lerner took home.  He wrote the lyrics for all the songs in the movie.  Frederick Loewe wrote the music.  Their songs made My Fair Lady a huge Broadway hit in the 1950s.  Their title tune for Gigi won the Oscar for Best Song.  Leslie Caron and Louis Jourdan starred in the film that gave us the songs   "The Night They Invented Champagne," "I Remember It Well," "Say A Prayer For Me Tonight," "Gigi" and "Thank Heaven For Little Girls." 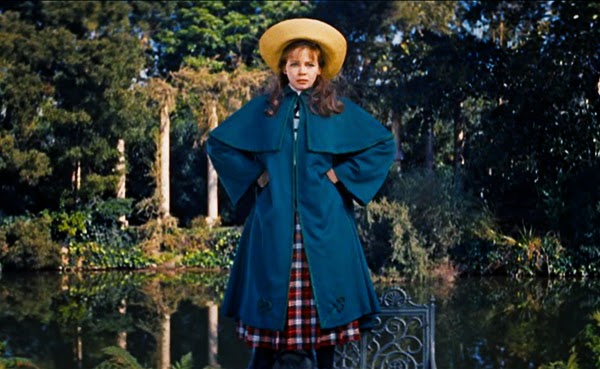 Gigi was adapted for stage back in the 1970s.  Well...she's back.  And the young French lady will also be on Broadway just like An American in Paris.  This time, the Leslie Caron role will be played by Vanessa Hudgens.  She was very popular with kids for her work in High School Musical and she's a graduate of shows on the Disney Channel.

It'll be a new adaptation.  It would have to be new for today's American sensibilities.  Gigi is based on the 1944 novella of the same name written by the French author Colette.  In the movie musical, as in the book, Gigi is being groomed to follow other women in her family and become a courtesan.  When we meet her, she's a lovable and energetic teen.  She'd rather go out and play than take what seem to be social etiquette lessons from her wealthy Aunt Alicia.  Aunt Alicia had several lovers -- important men who gave her expensive jewels and made her financially comfortable.  But no one ever married her.  Wealthy, kind Gaston loves spending time with Gigi and her grandmother.  He's just ended a scandalous love affair.  The bachelor's feelings for Gigi are purely platonic.  Gradually, as she blossoms into womanhood, he falls in love her -- and she with him.

Gigi does not care about bling.  Gaston can give her expensive jewelry, designer dresses and a fabulous apartment.  Gaston can put her on the red carpet of Maxim's.

Like in An American in Paris, Leslie Caron's character will have a happy ending.

About Gaston being attracted to a very young female  -- this was a European story.  The age of consent in France in the early 1900s, when the story took place, was between 13 and 16.  The Vincente Minnelli movie screenplay "cleaned up" the European sexual maturity of the novella so it could get an all-clear from the Hollywood censors.  I'm sure the upcoming stage version will alter the screenplay even more to keep audiences from feeling creeped out.. 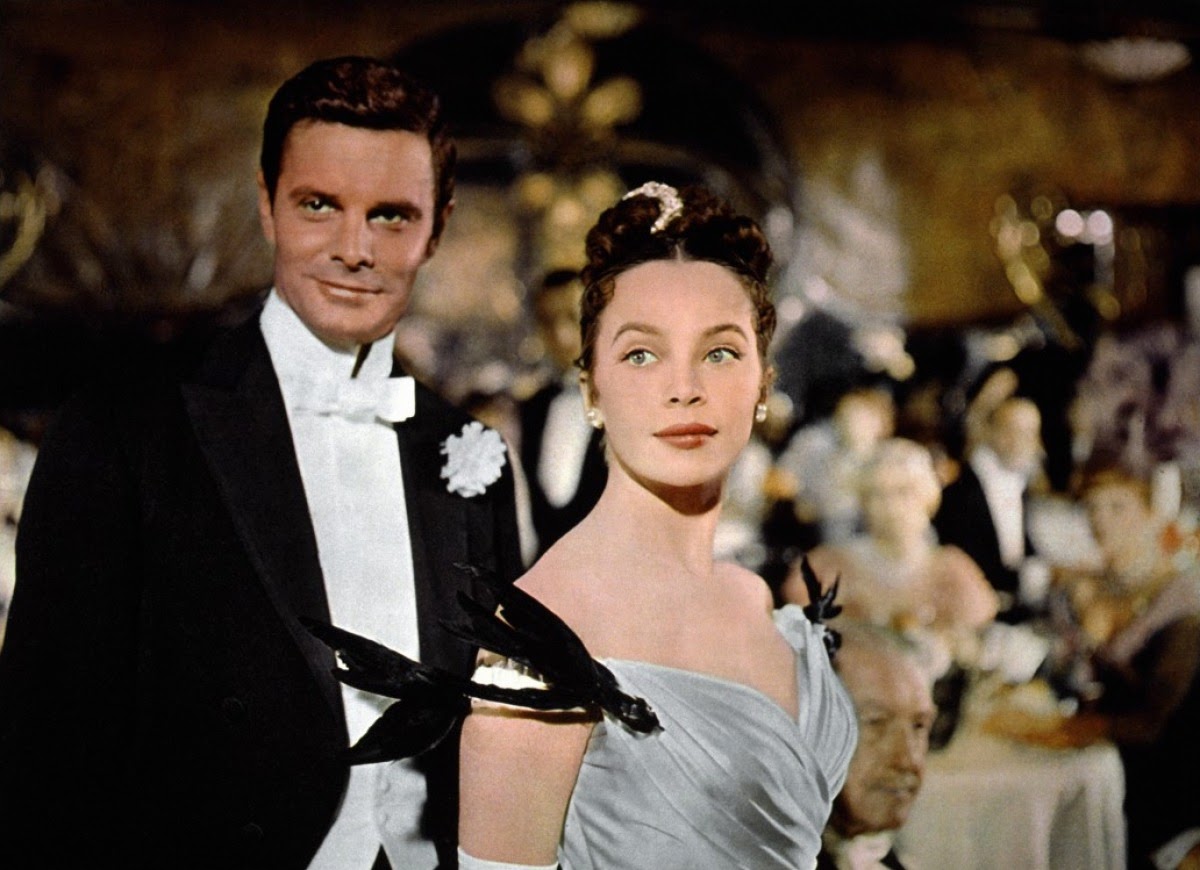 I hope both shows get a fabulous reception on Broadway.  For more info on Gigi starring Vanessa Hudgens, go here:  GigiOnBroadway.com.