Limp comedy in GET HARD

The Kevin Hart formula from his equally-awful previous comedy, The Wedding Ringer, is repeated in GET HARD.  Take a fast-talking, hip, urban African-American achiever determined to make a small business venture a success and pair him with a dorky, privileged white guy who's in trouble and needs a friend.  They'll be best buddies by the end of the movie.  If you can make it to the end of the movie, that is.

"Help me not to be someone's bitch," pleads Will Ferrell as a millionaire hedge fund manager who lives in a Bel Air mansion.  It's a huge Southern California home for just him and his young, slim trophy fiancee.  A staff of Mexican laborers do the yard work and clean the house.  He's wrongfully convicted of securities fraud and embezzlement and gets sentenced to 10 years hard time in San Quentin Prison.  He's lived a life in the white collar world.  Darnell is the only black person he knows.  Darnell, a family man, runs Hollywood  Luxury Bubbles Car Wash.  James King (Ferrell) assumes that the responsible husband and father knows how to survive prison life because, according to statistics he'd read, one out of every three black men has done jail time.  He seeks advice from Darnell on how to toughen up in his 30 days before he goes to prison. 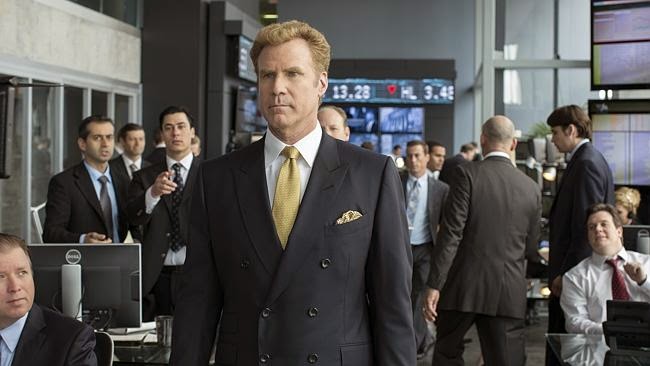 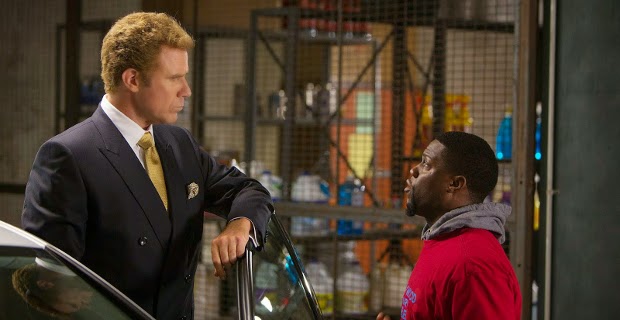 James King has to be hard in order to survive prison.  Darnell will ask, "Are you hard and can you handle yourself?"  Of course, King's main and biggest fear is that he'll be bent over and raped in prison.  So, there's a long and tiresome steady stream of man-on-man sex gags.  At one point, King is so clueless in learning how to defend himself that Darnell takes him to a restaurant popular with gay men.  Why?  He tells King that he'll just have to learn oral gratification in order to survive -- and he could learn by practicing on someone in that restaurant.  Darnell mentions a scientific fact about gay oral sex.  The shocked businessman wearing an ankle bracelet whines "According to who?"  Darnell snaps back, "Dickipedia!"

That was the first line in the movie that made me laugh.  And it was Kevin Hart's frantic delivery and timing that made me laugh.  One more thing -- that line came 43 minutes into this 95 minute movie.  Get Hard is like an unfunny half-hour sitcom pilot that was stretched into an even unfunnier movie that runs a little over an hour and a half.  The millionaire turns part of his property into a makeshift prison yard for more schooling from Darnell.  He even uses compact Darnell as a barbell. 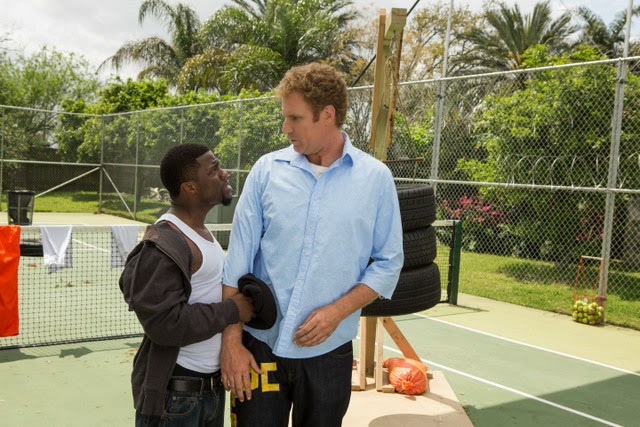 If you've seen a number of Will Ferrell comedies, you may have noticed that there's usually a scene that has his character in his underwear.  For Ferrell, being seen in his underwear has been like Fred Astaire wearing a top hat and tuxedo in his classic musicals or Tom Cruise wearing sunglasses in his films.  Underwear sort of became Will Ferrell's trademark.

In Get Hard, Will Ferrell ain't got no drawers on at all.  That's right. Even before the opening credits roll, you get two shots of his bare bottom, the bottom he doesn't want defiled in San Quentin.

Darnell really knows nothing about jail time.  He's been a good citizen and a loving dad and husband while operating Hollywood Luxury Bubbles Car Wash.  At first, he's offended by the the hedge fund manager's stereotypes of black men.  But millionaire James will pay him.  Darnell can use the money to put a down payment on a new house in a better neighborhood for the wife, their sweet little girl and himself.

Kevin Hart is talented.  But I hope he doesn't wind up becoming the new Adam Sandler.  This lame comedy must have taken one month to shoot and and one week to write.  Or less.  There is one performance in the movie that stands out.  Rapper T.I. has got some solid acting chops.  He plays Darnell's thug cousin in Crenshaw.  His brief role has no comedy.  He's serious and intimidating as he meets the goofy businessman who dressed like a rapper to see the cousin in Crenshaw.  T.I. was very impressive. 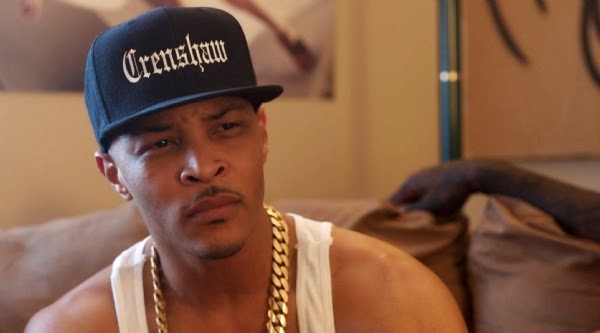 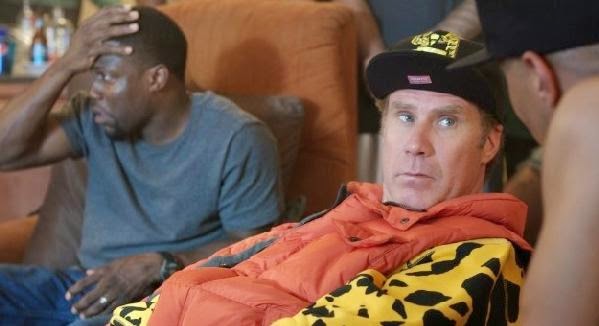 This is the kind of buddy comedy where every other line seems to be "What the f**k is wrong with you?!?!"  It's rated R for language -- and for one totally unnecessary quick close-up of a semi-erect penis that the convicted businessman is about to use for his oral gratification lesson. 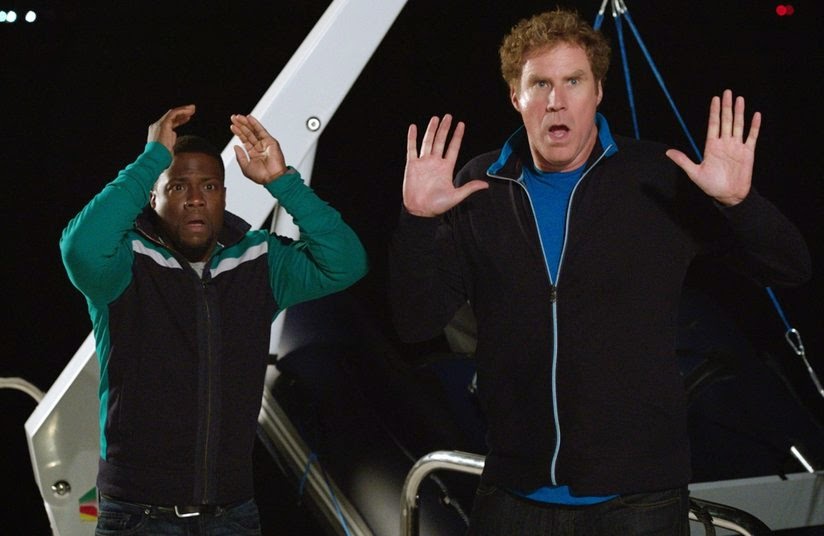 The Bel Air millionaire was set up.  The car wash manager and the hedge fund manager find the evidence, confront the crooks and solve the crime.  The real crime is that this dog of a comedy got made.