She was sweetly kooky in Superbad as the cute girl who takes a liking to the chubby classmate played by Jonah Hill. 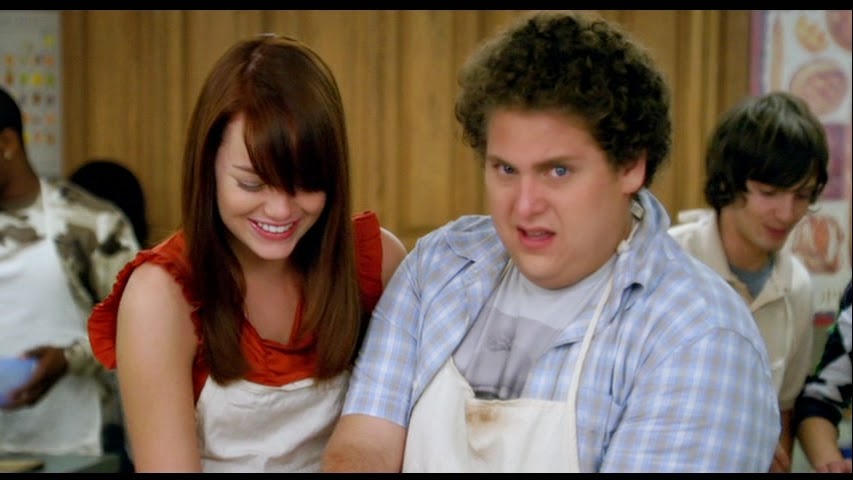 (When we saw that  2007 hit comedy, did we ever think that Jonah Hill would be a 2-time Oscar nominee for dramatic performances?  Who knew!)

Years ago, young buddies of mine urged me to rent Easy A.  There were positive I would love that teen comedy.  Emma Stone starred in Easy A after making Superbad.  I am still grateful to my buddies for urging me to rent this 2010 release. 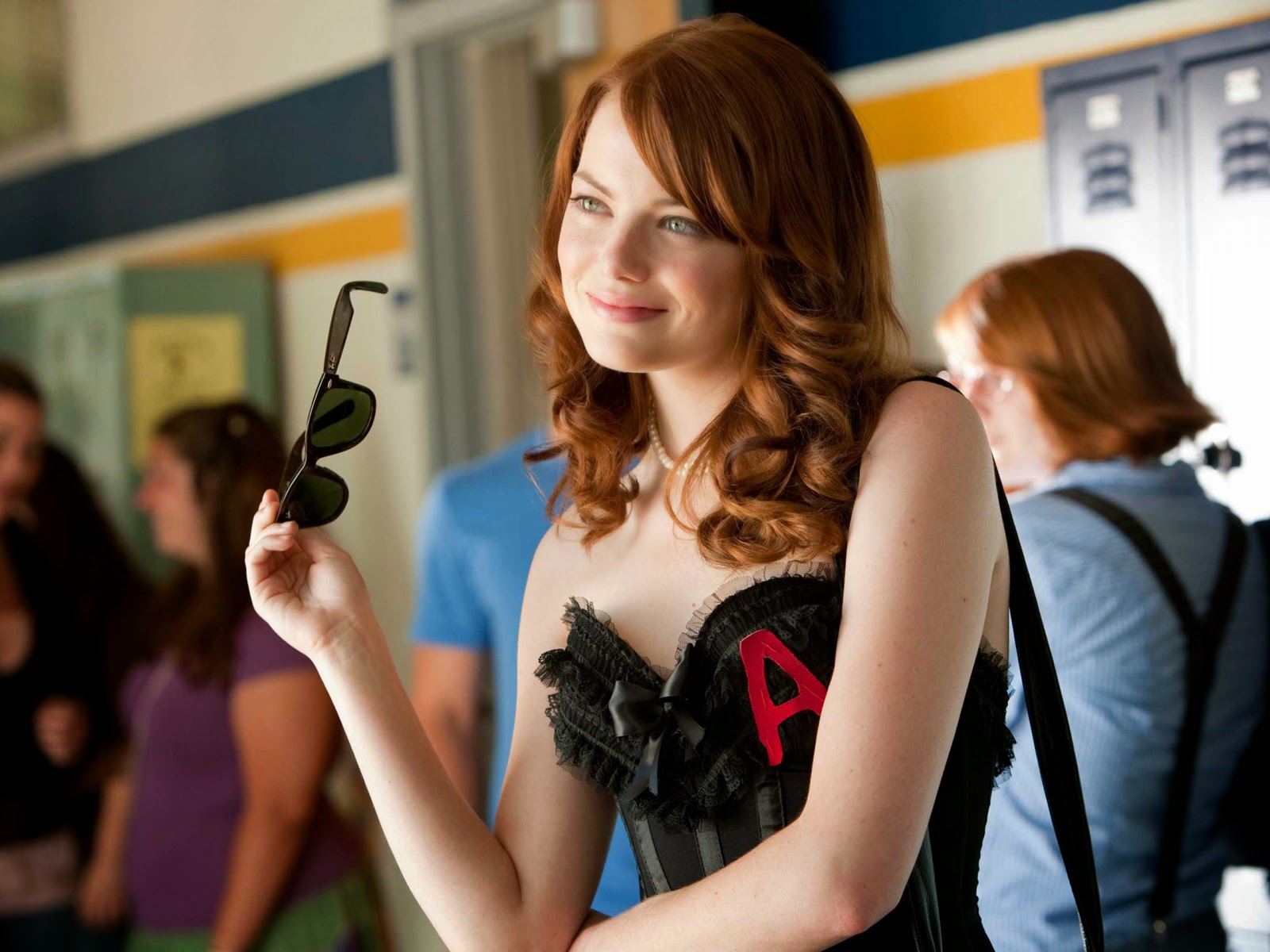 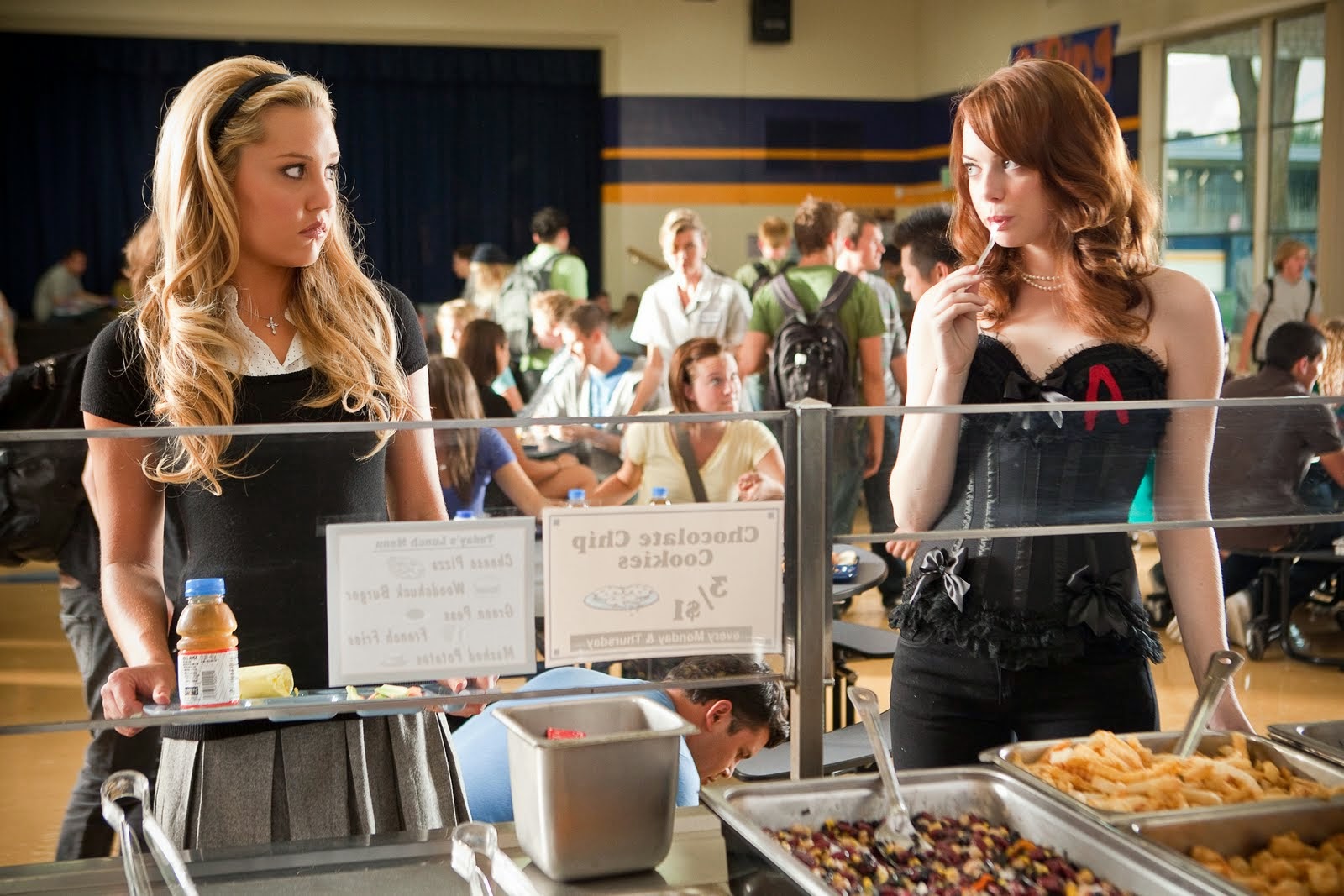 I loved Patricia Clarkson and Stanley Tucci in Easy A.  How cool it was to see a teen comedy in which the lead teen character was crazy about her parents -- and they were crazy about their spirited, independent, dependable kid.  The parents weren't portrayed as dinosaurs, oddballs or clueless dorks.  That added a nice warmth not always found in teen comedies. 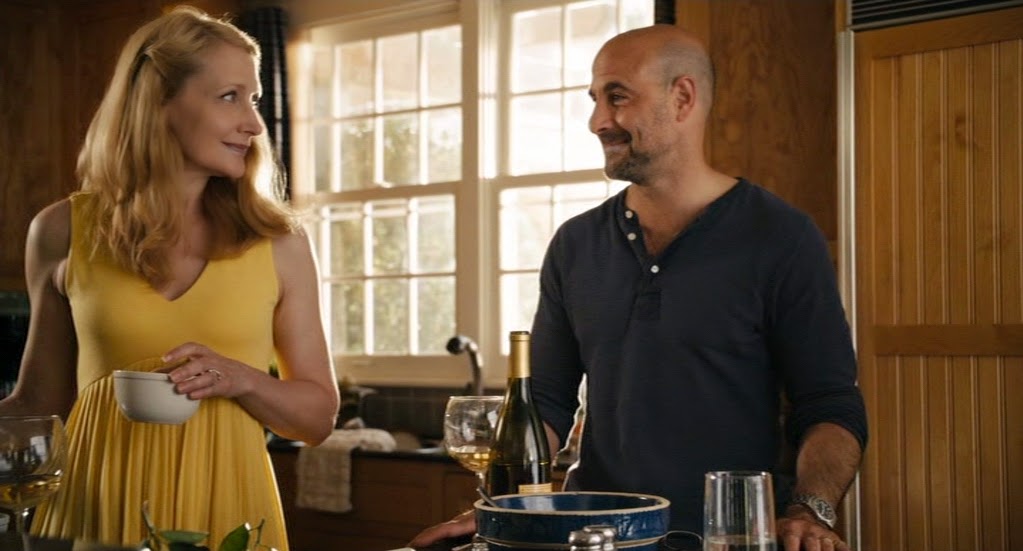 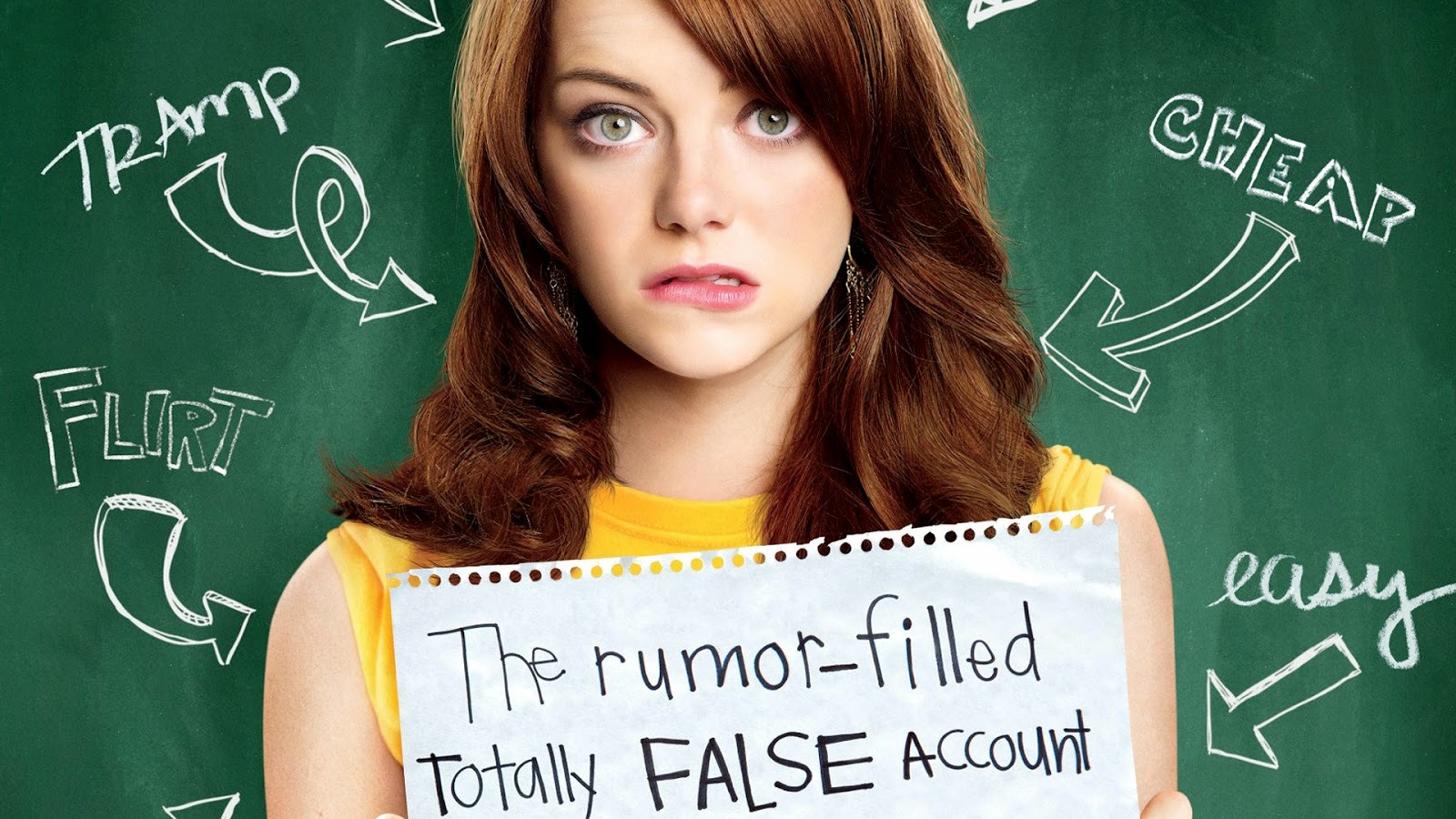 Emma Stone went on to land the lead role in the Oscar-nominated hit film, The Help co-starring Viola Davis and Best Supporting Actress Oscar winner, Octavia Spencer.  Stone starred in two Spider Man movies and was directed by Woody Allen for his movie, Magic in the Moonlight.  Allen's here in between Stone and co-star Colin Firth. 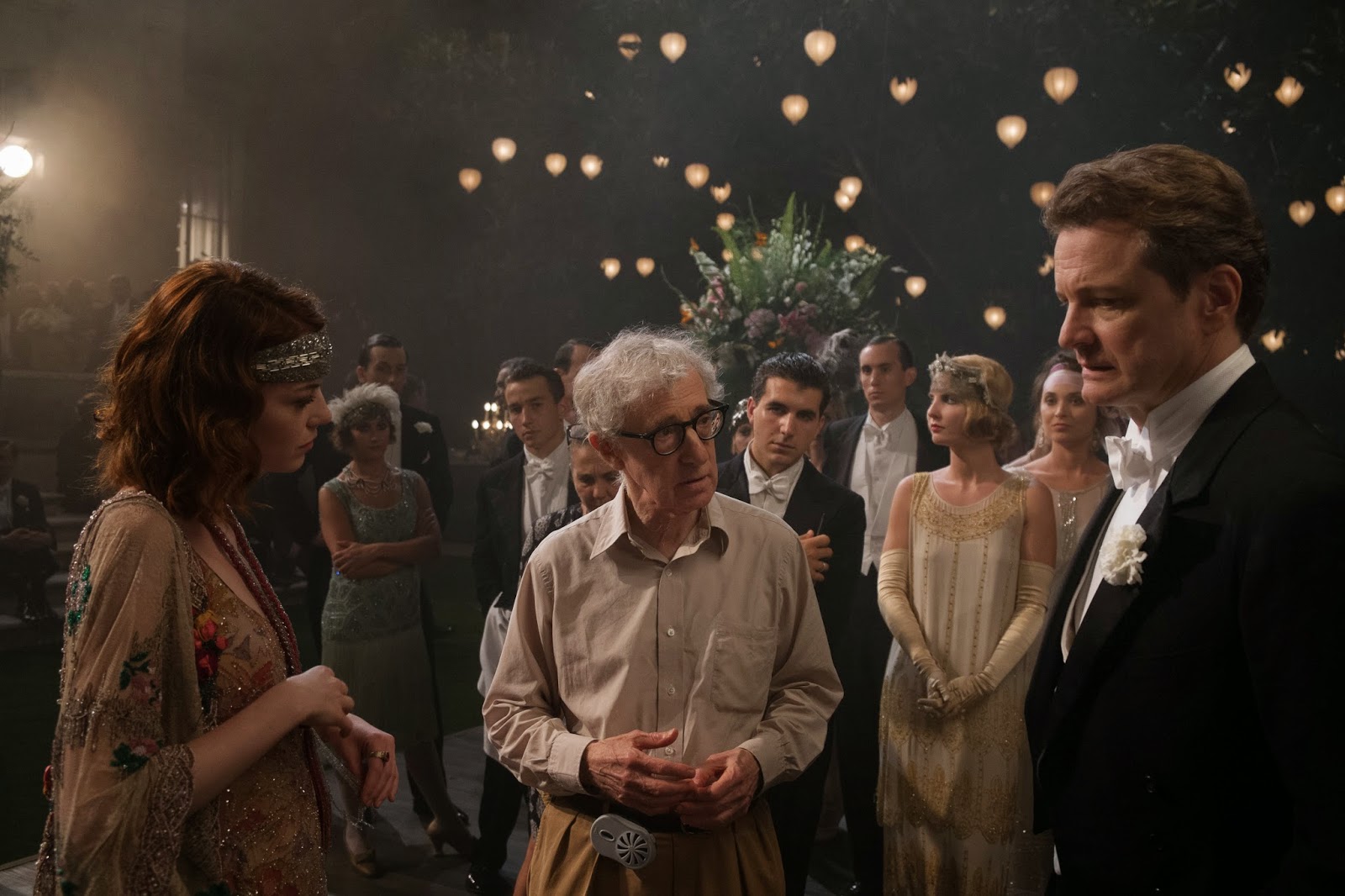 Allen's film is a romantic comedy about an Englishman and an alleged psychic. 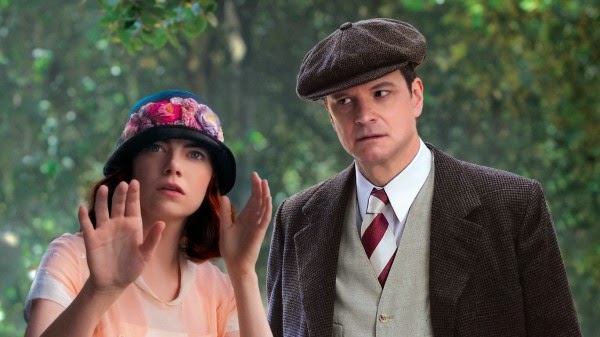 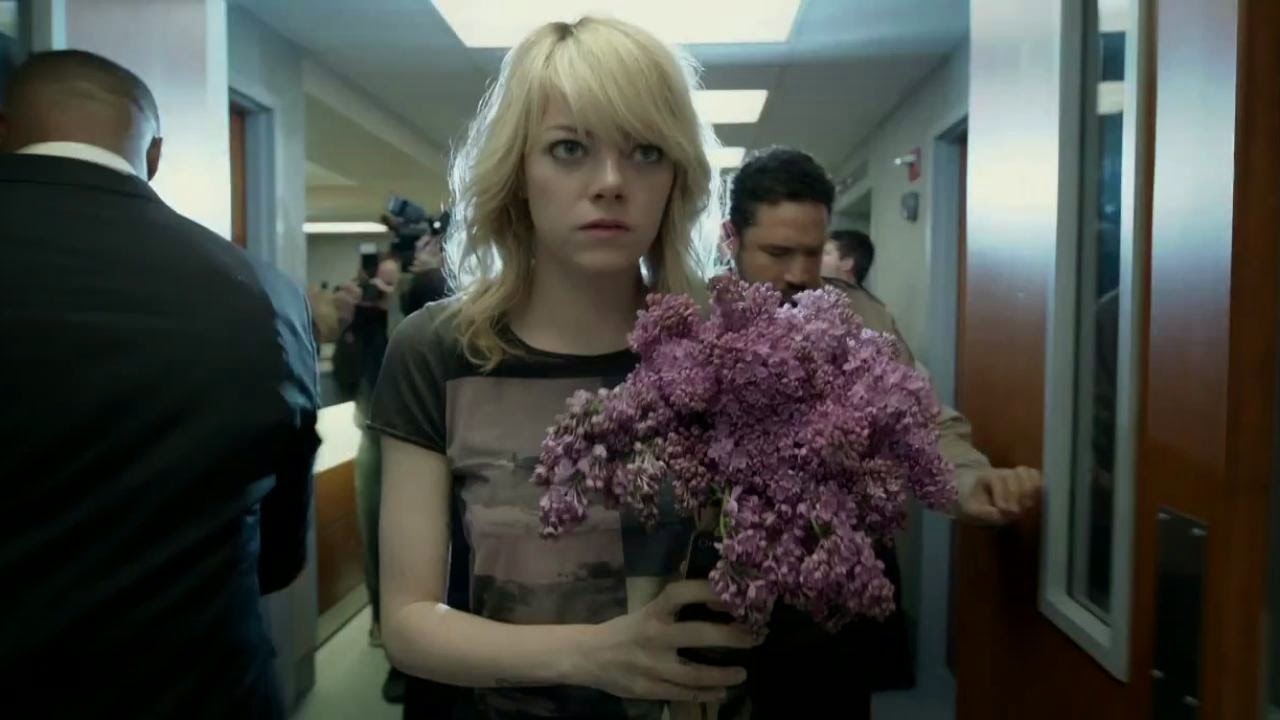 This week, Emma Stone takes over the Sally Bowles role in the current Broadway revival of the musical drama, Cabaret. 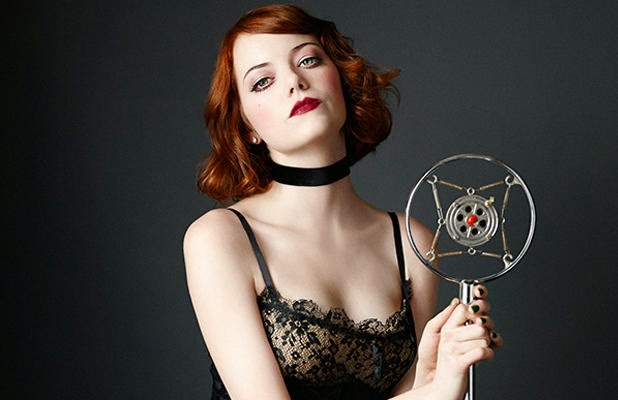 From Easy A to Cabaret.  Not bad.  See what I mean?  Emma Stone rocks.