There is a list of Black actresses who, unlike Caucasian actresses, received an Oscar nomination and then had to rely on television for good roles and steady employment. Why? Because Hollywood had no other good script offers for them after they'd achieved an Oscar nomination. That list includes Diahann Carroll, Beah Richards, Angela Bassett, Alfre Woodard, Margaret Avery of THE COLOR PURPLE, Marianne Jean-Baptiste of SECRETS & LIES, Taraji P. Henson, Gabourey Sidibe, Jennifer Hudson and Mary J. Blige. With just two nominations, Oscar winner Whoopi Goldberg was the most Oscar-nominated Black actress in Hollywood history for 20 years. However, she also had to turn to TV. Viola Davis tied Whoopi's record when she got her second Oscar nomination. Davis was in the Best Actress category for THE HELP. Davis was flummoxed when, after that second nomination, her mailbox was not exactly stuffed with script offers. Viola Davis turned to TV and starred on ABC's HOW TO GET AWAY WITH MURDER. One of her stellar guest co-stars was also on that roster of Black actresses who went to television after getting an Oscar nomination -- Cicely Tyson. 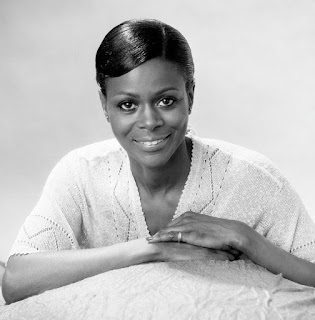 I remember the Saturday afternoon I went to the movies to see SOUNDER (1972). When her famous running scene, in which she's reunited with her husband, ended, the audience gasped in awe at her performance. White and Black people in the audience. People applauded. I had tears in my eyes. Cicely Tyson lit up my young soul as that character, Rebecca, and as a Black artist. For her magnificent performance, one that showed her bring out the inner majesty of a Depression era sharecropper's wife down South, she received a Best Actress Oscar nomination. History was made. 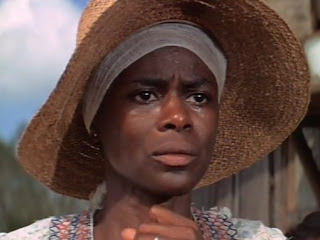 Three Black performances were up for the Oscar -- Cicely Tyson for SOUNDER, Paul Winfield was a Best Actor nominee for playing the jailed sharecropper husband in SOUNDER, and Diana Ross was in the Best Actress category for playing Billie Holiday in LADY SINGS THE BLUES.

This was at a time when the edict from top Hollywood studios was "Black stories don't sell." Acclaimed director Norman Jewison (IN THE HEAT OF THE NIGHT, THE THOMAS CROWN AFFAIR, FIDDER ON THE ROOF, JESUS CHRIST SUPERSTAR, MOONSTRUCK) was slapped in the face with that reality when he could not get studio funding to film A SOLDIER'S STORY, based on a Pulitzer Prize winning play by a Black playwright. Like the play, the film would have a predominantly Black cast. Hollywood studios weren't interested unless he could add a White star in a heroic lead role. Jewison worked for less than his usual salary, got the film made his way and  A SOLDIER'S STORY was an Oscar nominee for Best Picture of 1984.

We must thank network television for giving Cicely Tyson the quality of roles that Hollywood should have after her Best Actress nomination for 1972's SOUNDER. On TV, we saw her extraordinary range and excellence in THE AUTOBIOGRAPHY IS MISS JANE PITTMAN (1974), ROOTS (1977), as Coretta Scott King in KING (1978) as Harriet Tubman in A WOMAN CALLED MOSES (1978) and as acclaimed 1970s Chicago educator Marva Collins in THE MARVA COLLINS STORY (1981). 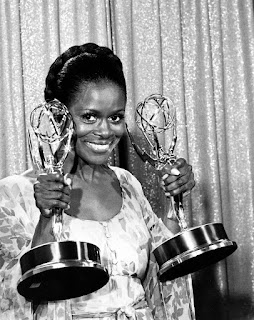 Watching Cicely Tyson in her network TV series work years before SOUNDER was a rule and religious experience in our South Central L.A. home.. We watched her with reverence and appreciation. In the recent network TV news tributes to Cicely Tyson, in which she was rightfully called "groundbreaking" and a "legend," we saw footage of her TV series work, we saw her holding Emmys for her TV work and we saw a clip of her on Broadway in a Tony-winning role. I noticed this especially in the ABC News tribute piece -- when it came to films, there were only two clips. One from 1972's SOUNDER and the other from 2011's THE HELP.

Hollywood should have had several good script offers and opportunities for Cicely Tyson after SOUNDER. She should've had more than one Oscar nomination to her credits. But, she was a gifted Black actress at a time when Hollywood had yet to embrace diversity and inclusion. When the regal Cicely Tyson was bestowed an honorary Oscar in 2019, I feel it was not only for her artistry. It was also a mea culpa from Hollywood for not giving her the attention and opportunities it should have in the 70s and 80s. She was a great actress. 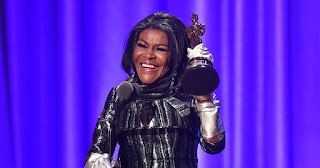 If you get cable's TCM, the movie channel has a salute to the late, great Cicely Tyson on Sunday, January 31st. It starts at 8p ET/5p PT with an airing of SOUNDER.
at January 30, 2021