I have an extremely talented comedian/actor buddy back in New York. His name is Anthony DeVito. This week, he tweeted "Once again I feel like an alien as white guys of all ages around me are going apeshit over the Joker movie." 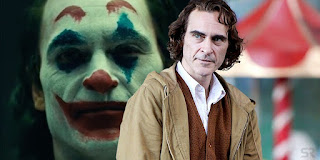 Do I want to see JOKER? Yes. I admit it. I want to see it because I've been a fan of Joaquin Phoenix performances for quite a few years now. This goes back to his work in Ron Howard's 1997 film, INVENTING THE ABBOTTS. His range as an actor, his immersion into a character, fascinates me. If you want to get an idea of his range, rent GLADIATOR -- the 2000 film that brought Russell Crowe his Best Actor Oscar -- and follow that with WALK THE LINE. I have watched Joaquin Phoenix play Johnny Cash in that biopic at least a dozen times.   THE MASTER was what you'd call "an arthouse film," not one that could give an action-adventure franchise film a run for its money at the box office. That may be, but I sat through THE MASTER twice, dazzled by Joaquin Phoenix's performance as the emotionally dented WWII veteran who becomes engrossed in the teachings and leader of a new religious movement. 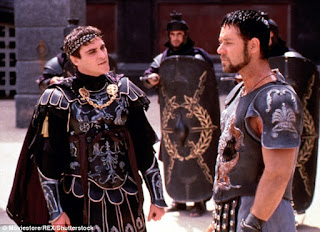 He got Oscar nominations for GLADIATOR, WALK THE LINE and THE MASTER. 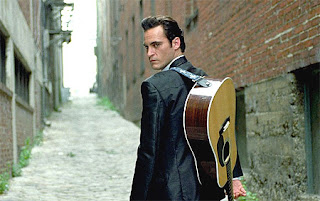 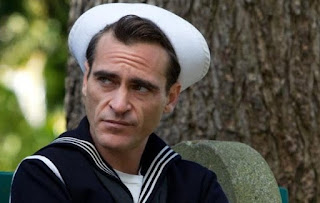 Initially, I didn't have a tingling urge to see JOKER solely because I need a break from the steady diet of comic book-based adventures we get now at the movies. The franchises seem to have overtaken half the screens at the cineplex. But the excellent reviews Phoenix has gotten from several film critics whose opinions I respect ignited my interest.

From what I've read, JOKER is a backstory. It shows us the character's evolution from troubled young man to psycho villain. JOKER is a character created for a comic book. He's been played by only one  non-white male. Latino Cesar Romero, one of the most versatile actors of Old Hollywood, played The Joker in the 1960s on the popular BATMAN TV series on ABC and in a movie version of the TV series. In later films, the Joker was played by Jack Nicholson and the late Heath Ledger.

In the trailer, I noticed that Phoenix's psychologically tattered character is verbally pushed back, rejected by two Black women -- one on a bus, the other in an office. Then, he's kissing a third Black woman. I wonder where that relationship goes. Here's a trailer.


Another actor whose work I totally dig is Michael Peña. I wish he got as much attention and promotion as Joaquin Phoenix does. Peña had roles in five films that got Oscar nominations for Best Picture -- MILLION DOLLAR BABY, CRASH, BABEL, AMERICAN HUSTLE and THE MARTIAN. This talented Mexican-American actor also starred in a biopic, playing the lead character, but the entertainment press didn't give CESAR CHAVEZ anywhere near the attention it gave WALK THE LINE with the Joaquin as Johnny Cash. Here's Michael Peña.


Here's my question. If an ethnic actor, like Michael Peña, played JOKER, and played him as the son of an immigrant, a son who, like his father, was mistreated by society because of his race, how would comic book fans and critics respond to that? Think of Joker hearing "Go back where you came from" and seeing immigrant kids in cages on TV news as he continues to be treated like a second class citizen. Think of what being a racial outcast could give to the texture of that comic book character's backstory. Would it be interesting to see? Feel free to leave me a comment.
at October 02, 2019