Lara Spencer is one of the half dozen or so blonde anchors/contributors on ABC's weekday edition of GOOD MORNING AMERICA. Her daily segment airs live between 8:05 and 8:15. Lara reads a segment called "Pop News," usually three or four entertainment news or pop culture items. Updates on the lives of young members of Britain's Royal Family get constant mention. I was watching when Lara Spencer read us a light news item about little Prince George. He's six and the adorable son of Prince William and Kate Middleton. Lara reported that Prince George's back-to-school schedule would include...ballet classes. When she said those last two words, there was laughter from the anchor desk and, with a big smile on her face, she paused for the laughter. When she added that Prince William said his little boy absolutely loved the ballet class, her response was "Yeah, we'll see how long that lasts." More laughter. This irritated me. It came off as if Lara Spencer, with the laughter and the casual attitude, was implying that ballet is for girls, not for boys. It's for a princess, not a prince. It's not masculine and athletic. She may not have intended for it to come off that way, but it did. With her ad libbed comments about a little boy happily taking ballet class, Lara Spencer put her foot in her mouth. 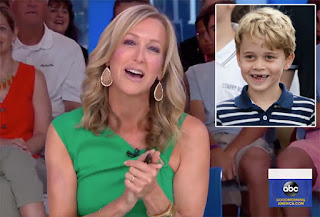 I'm a veteran of live local morning news programs in New York and one live ABC network afternoon magazine show. We've all, at some time, said something on live TV that we later regretted. But, when Lara got that first laugh with "ballet classes," she should've stopped there and taken a different, supportive tone. During a month in which young adult white males thought it masculine to buy automatic guns and kill people in public venues, the news of a young white male finding joy in ballet classes gives one hope that civility and the fine arts can still live. 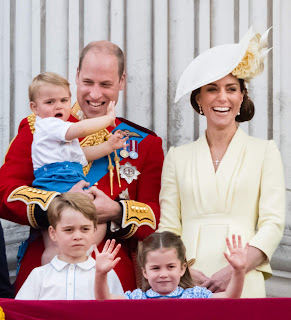 In 2000, I was the weekly movie reviewer and film historian on an ABC News/Lifetime TV joint production. It was called LIFETIME LIVE and aired weekdays on Lifetime TV.  In addition to the reviews of new movies and new DVD releases, I'd recommend a classic film with a strong female performance to highlight Women In Film. That was my idea. My live segments were longer than the Lara Spencer "Pop News" segments. I pushed hard to get an audition for that job because ABC News execs kept asking "Does he know anything about movies?" Even though I had five years of weekly film critic experience on TV and in print before I landed my first New York City job in 1985 and even though I had my own celebrity weeknight talk show on VH1 in the late 80s, news execs at one local New York City station, at ABC News and at a radio station in 2006 all asked "Does he know anything about movies?" before letting me do the segments. The undertone of that question from those producers, to me, always smacked of "Black folks don't do film reviews and give movie history. That's upscale work for white people."

ABC's LIFETIME LIVE lasted only one year. After it was cancelled, I tried to get a job as a contributor or segment producer on GOOD MORNING AMERICA. I tried for years. No luck.

Had I been at the desk with Lara Spencer, I would've cut in with "That is terrific news! He could be a future BILLY ELLIOTT or a Baryshnikov. I begged my parents to let me take ballet classes when I was a kid because I was so fascinated with Fred Astaire and Gene Kelly. But we didn't have access to ballet schools then in South Central L.A. We all loved DIRTY DANCING, right? Well, Patrick Swayze was in a ballet company before he started dancing in films."

Robin Roberts was not at the desk that morning but one of the other anchors should've interjected something positive about males in ballet classes instead of just giggling with Ms. Spencer.

In the same week, GOOD MORNING AMERICA would trot out former Trump White House mouthpiece, Sean Spicer, as a contestant for the new season of DANCING WITH THE STARS. It's reported that contestants for the show make $125,000 for the show's rehearsal period and the first two weeks on the air.  I will not be watching Sean Spicer dance.

I'd rather cheer for little Prince George in his ballet class.

If you've never seen BILLY ELLIOTT, it's a heartwarming winner. I gave it lots of love when I reviewed it in 2000 on LIFETIME LIVE. Billy was a working class British kid who loved Fred Astaire and wanted to take ballet classes. I shared those same feelings when I was a kid growing up near Compton. Here's a clip from BILLY ELLIOTT starring young Jamie Bell and Julie Walters.