Constance Wu stars with Jennifer Lopez in a new movie drama called HUSTLERS. It opens September 13th. This movie is more than just "pole roles" for the female cast that includes Cardi B. and GOOD MORNING AMERICA's newest addition, Keke Palmer. They play pole dancers in a strip club. The movie is based on a real-life story, a story that was written up as a feature in New York Magazine. A group of strip club workers banded together to turn the tables on their Wall Street clients. I hope these strippers excite the movie-going public and "make it rain" at the box office. This week, we read the USC Annenberg reports on Hollywood's under-representation of Latinos. Jennifer Lopez, who has delivered solid acting performances in SELENA (1997) and OUT OF SIGHT (1998) in addition to her hit record career, revealed that friends advised her not to take the job as a judge on AMERICAN IDOL. But, like other actresses of color who've done good work in films, she took TV work because Hollywood had no good script opportunities for her. This fall, Constance Wu returns for a 6th season on a hit ABC sitcom. She plays the mother on FRESH OFF THE BOAT. 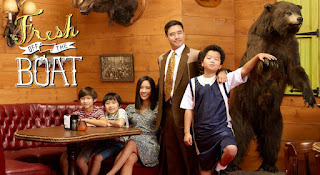 Last year, she lit up the movie screen in the box office smash, CRAZY RICH ASIANS. The romantic comedy was a colorful eye-candy treat with a terrific cast. Back when I was a kid and the Rivers Family would pack into the Plymouth and go to the drive-in, CRAZY RICH ASIANS was the quality of film we'd have loved to see. It was totally fun, an entertaining film for the family or a great date night movie. 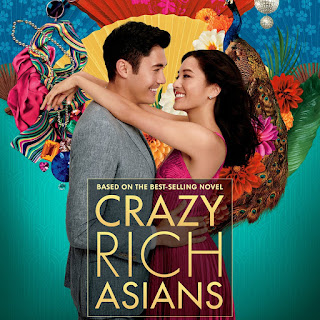 Neither FRESH OFF THE BOAT nor CRAZY RICH ASIANS was mentioned when GOOD MORNING AMERICA anchors tossed to Thursday's taped interview with the women of HUSTLERS. We knew Jennifer Lopez was in the group but there was no mention that the star of a hit ABC sitcom was also in the group interview for ABC's GOOD MORNING AMERICA this week. If I was a segment producer/writer for that show, I would have written the Constance Wu information into the anchors' scripted intro. By the way, FRESH OFF THE BOAT has rarely gotten promotion on GMA over the years. It's not received even half the GMA attention that the Roseanne Barr return to ABC sitcom duty got before Roseann got booted from her reboot.

Constance Wu is comedy gold on FRESH OFF THE BOAT as the over-achiever suburban mom who always must learn how to control herself when she tries to control the lives of her husband and kids.  Like Latinos, Asian-Americans experience under-representation in Hollywood. With that in mind, one of the GMA anchors should have mentioned Constance Wu's success in FRESH OFF THE BOAT and CRAZY RICH ASIANS. It was announced that HUSTLERS cast member Keke Palmer is the newest addition to the new 3rd hour of GMA. She joins Michael Strahan and Sara Haines.

Another noteworthy item about HUSTLERS is that it's a female-powered production. A woman journalist wrote the magazine feature that inspired the script.  Lorene Scafaria is the film's director and screenwriter. Click onto the website below to see a trailer for HUSTLERS. I hope Constance Wu, Jennifer Lopez and the other women involved get lots of love from movie-goers when the film opens.