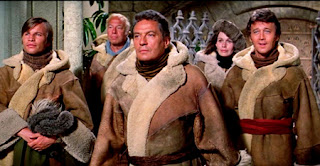 I was just a black kid in his teen from South Central L.A. when it hit big screens. However, if I had been in a movie producer's Hollywood office to hear this pitch:  "A musical remake of the Frank Capra classic, LOST HORIZON. We'll have new songs by Burt Bacharach. The dance numbers will be staged by Hermes Pan, the man who choreographed the classic Fred Astaire and Ginger Rogers musicals of 1930s. The cast will include George Kennedy, Sally Kellerman, John Gielgud, Peter Finch and. for the leading lady, we'll have that star of great psychological Ingmar Bergman dramas such as PERSONA, SHAME and HOUR OF THE WOLF...Liv Ullmann! Oh, and for the director, we've got the guy who directed ANNE OF A THOUSAND DAYS and MARY, QUEEN OF SCOTS and a screenplay by Larry Kramer who wrote WOMEN IN LOVE"... 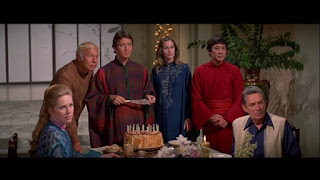 ...if I had been in a movie producer's Hollywood office to hear that pitch, this would've been my expression: 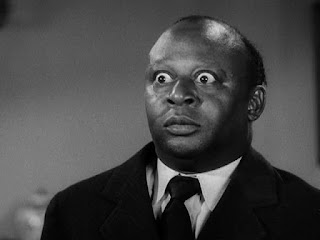 Then, I would've said, "What are you, nuts? Am I the only one here who's heard of Stanley Donen? Screenplays by Comden & Green? Singer and dancer Julie Andrews? These are the actors, director and writer you have on board for a musical?"  And then the Hollywood executives would've had security escort me to the nearest exit.

There is one thing that I love about the musical LOST HORIZON. That one thing I love is the original score by Burt Bacharach and Hal David. I loved it before the movie opened because  I had the soundtrack.  I've been a huge Bacharach fan ever since I first heard his pop hits sung on radio by Dionne Warwick and The Carpenters. Dusty Springfield singing "The Look of Love" -- thank you, Jesus! I loved his unique Pacific Coast vibes and arrangements in his compositions. The Burt Bacharach & Hal David songwriting team had won a Best Song Oscar before LOST HORIZON. From 1969's BUTCH CASSIDY AND THE SUNDANCE KID, they won Hollywood gold for "Raindrops Keep Fallin' on My Head."

I know critics hated LOST HORIZON. Yet, I still feel that Burt Bacharach should've had another Best Song Oscar nomination for his score. The songs are the best thing about the film but they were casualties in the reviews of that musical avalanche disaster. Bacharach gave his score a slight SoCal-Asian flavor.  The Oscar winner for Best Song of 1973 was "The Way We Were" from the popular film of the same name. Two of the other nominees were the love songs from A TOUCH OF CLASS, a romantic comedy starring Glenda Jackson and George Segal, and CINDERELLA LIBERTY starring Marsha Mason. I could not hum either one of those two tunes for you right now if you offered me $500 cash. But I can sing you more than two original Bacharach & David songs from 1973's LOST HORIZON.

The musical had a cast of competent but miscast actors. In Frank Capra's 1937 lovely original, Ronald Colman's heroic Robert Conway was a British man of 30-something or 40. 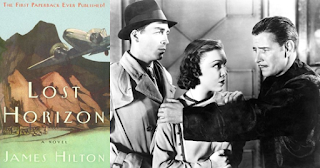 Peter Finch as Conway in LOST HORIZON 1973 is just three years shy of being seen as the aging and unhinged TV news anchor in Sidney Lumet's great film, NETWORK. I would've gone with a younger actor for LOST HORIZON, one who had done well as a leading man in a musical with his singing voice dubbed. I would've cast Stephen Boyd -- handsome, a very good actor and he'd been Doris Day's leading man in Billy Rose's JUMBO (1962). 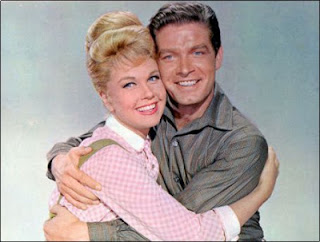 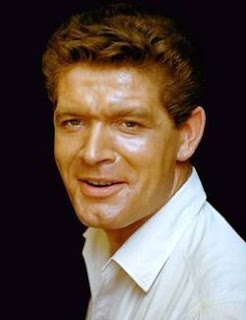 Instead of Liv Ullman, I would've cast Tina Chen, the excellent and under-utilized actress seen in ALICE'S RESTAURANT (1969) and as one of Robert Redford's office mates in Sydney Pollack's THREE DAYS OF THE CONDOR (1975). I would've cast as Asian actress as the charming, innocent schoolteacher in Shangri-La, the mysterious and idyllic community of the Far East. 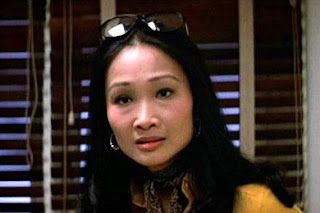 As for casting John Gielgud, what the heck were they thinking? Hollywood couldn't hire an Asian actor like James Hong (THE SAND PEBBLES and CHINATOWN) to play that Asian character? Couldn't they have borrowed Victor Sen Yung from the cast of the TV series, BONANZA where he played Hop Sing? Or hired Benson Fong?

Instead, we wound up seeing John Gielgud dressed up like one of the Teletubbies. 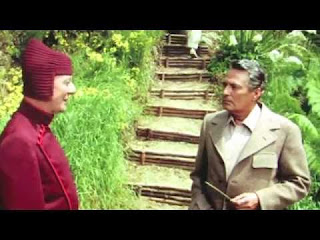 I saw 1973's LOST HORIZON on cable TV recently. Just like back in 1973, it was the music that held my interest. I believe Burt Bacharach had a solid understanding of the story's message and wrote to complement it while also acknowledging our history at the time. We had survived the turbulent 1960s in which President John F. Kennedy, civil rights activist & Nobel Peace Prize recipient Dr. Martin Luther King and presidential candidate Senator Robert F. Kennedy had all been killed by assassins' bullets. America was paralyzed with grief. In the early 1970s, we were still fighting in the highly controversial Vietnam War.

Listen to the soothing, soulful voice of Shawn Phillips sing the title tune on the LOST HORIZON soundtrack. Hear him sing my favorite song from the score, "I Might Frighten Her Away." My second favorite song is "The World Is a Circle."

It's an original movie musical soundtrack that deserves appreciation. I didn't write "re-appreciation" because the Burt Bacharach & Hal David songs were not appreciated when they were new.

To hear the soundtrack, go to this link:  youtube.com/LostHorizonMov. 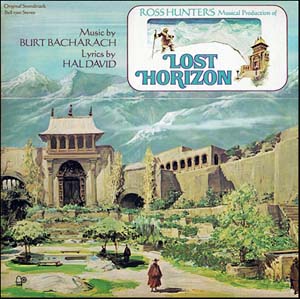