There is so much history and talent contained in that remarkable package known as Rita Moreno.  She's excelled on TV.  In fact, I still feel it was a crime she never got an Emmy nomination for her years of great acting on the HBO prison series, OZ.  Her Sister Peter Marie, the Catholic nun who was the prison's drug counselor and psychologist, was one of the boldest, most original female characters I'd seen on TV in years.  She's done Broadway.  Did you that Rita Moreno was the female lead in the play from groundbreaking playwright Lorraine Hansberry that followed Hansberry's A RAISIN IN THE SUN?  And we all continue to be dazzled by Moreno's Best Supporting Actress Oscar-winning performance in WEST SIDE STORY.  She also participated in the historic March on Washington in 1963 headed by Dr. Martin Luther King.  She continues to be an activist, pushing for more equal opportunities, more inclusion for people of color in the entertainment industry.  Over the weekend, She was on National Public Radio.  Rita Moreno was relevant and right on during that WEEKEND EDITION SUNDAY interview. 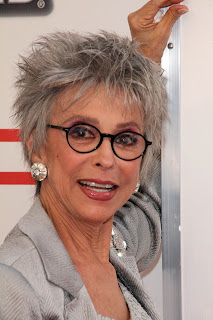 If you've read my blog posts, you already know that Rita Moreno has been a role model to me ever since I was in high school because of her activism and because she refused to be stereotyped and limited in work opportunities.  When you hear her interview, and you should, listen to her tell why she didn't work for seven years after she won her Oscar.  Listen to the kind of roles she was offered.  Then you'll know why she went to TV shows like THE ELECTRIC COMPANY and THE ROCKFORD FILES.  That part really hit me. 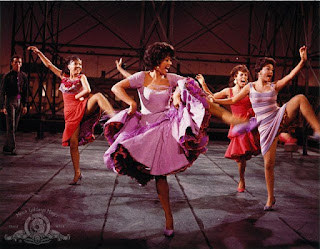 As I told my friend Keith Price in a podcast, on the other side of the coin that showed disrespect for women is racism.  When women said that they kept quiet on harassment they experienced for fear of losing their jobs and income, I knew EXACTLY what they meant and how they felt.

When I felt that I was not getting the same opportunities that white males when far less experience got in the same TV workplace, when I wanted to know why my pay was way below theirs...I was told to keep quiet for fear of losing the job I had.

Agents turned me down for representation even when I was on national TV.  Why?  Because black talent was not seen as marketable or in high demand.

Enough of that crap.  People of color are marketable. We are watchable. We can play characters, have on-camera jobs that respectfully reflect our community, our skills, and the world we know.

"Me Too," "Times Up" and the Frances McDormand Oscar night announcement about "inclusion riders" uncorked a big bottle of strong conversation that needed to be poured out.

Ms. Moreno said that she was positive she'd get a few good script offers after she won the Oscar.  I was positive I'd get an entertainment talk show host offer after my VH1 years.  I never did.  I got offered auditions to play characters such as half of the thug duo in WEEKEND AT BERNIE'S 2.  Two black thugs in New York City performing voodoo on a corpse in a ratty Times Square movie theater men's room with a boombox and a bucket of fried chicken.  That was the audition scene. That scene is in the 1993 movie. I kid you not.  I'll post some of my VH1 work... but, more importantly, go listen to Rita Moreno. She rocks and she's still relevant. Also, she is comedy gold on the bright, Latino-flavored reboot of Norman Lear's ONE DAY AT A TIME sitcom. 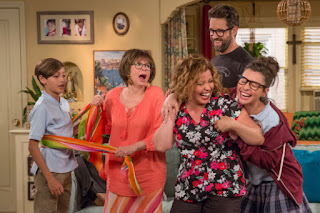 The ONE DAY AT A TIME reboot is on Netflix.