Before LADY BIRD, There Was OTHER PEOPLE

Remember when MOLLY SHANNON played the awkward but spunky Catholic high school girl on SATURDAY NIGHT LIVE?  I loved that character.  I knew girls like that when I was in Catholic school and they provided some colorful memories of my plaid-ridden parochial school years. 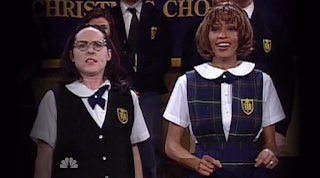 Before the excellent Laurie Metcalf got a well-deserved Best Supporting Actress Oscar nomination for playing the overworked, judgmental but loving Sacramento mother of a Catholic high school girl who calls herself LADY BIRD, Molly Shannon also played a mother in the beige working class Sacramento suburbs.  She has a grown son who has come to visit.  The movie is OTHER PEOPLE. 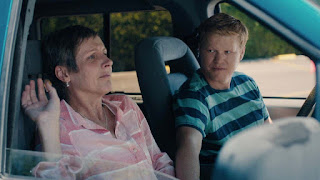 Shannon will be seen on HBO come May 19th doing some comic coverage with Will Ferrell of the Royal Wedding.  Between SATURDAY NIGHT LIVE and that upcoming HBO appearance, she has knocked out a couple of dramatic home runs in independent films.  One of them, the strongest one, has just hit Netflix.  Here's a short video I did with high praise for OTHER PEOPLE.

Here's a clip.  Go over the Netflix if you're able and check out this Molly Shannon performance. 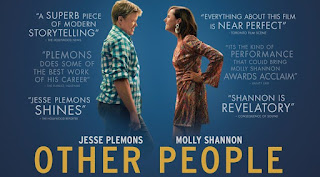