HOLIDAY INN. When introducing that Oscar-winning 1942 musical packed with songs by Irving Berlin, TCM host Ben Mankiewicz cautioned us that it includes a blackface number performed by Bing Crosby. He did that intro on Easter Sunday.  As was the late Robert Osborne, Ben has been verbally critical the stereotypical Mickey Rooney bit as an Asian neighbor in BREAKFAST AT TIFFANY'S.  In more than one host segment, Ben has mentioned the importance of racial tolerance.  After Easter, he did so when he and TCM Guest Programmer Drew Scott, the Canadian host of the cable home renovation show, PROPERTY BROTHERS, introduced TO KILL A MOCKINGBIRD. 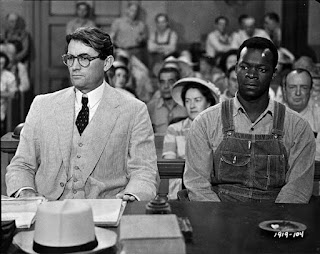 Eddie Muller is the popular host of TCM's "Noir Alley" seen on Sunday mornings.  When talking about MGM's 1950 crime thriller, MYSTERY STREET, he focused on the fabulous Ricardo Montalban in the lead role as a Mexican-American detective using forensics to solve a murder mystery.  Montalban was a Mexican-American actor.  Muller praised MGM for casting Montalban in the role as a Hispanic character when the studio could've easily made the lead character a white male and had him played by someone like Van Johnson.  Last Sunday on the show, Muller said that if he could go back in time, he'd have Montalban play the Mexican-American lead male character in Orson Welles' classic TOUCH OF EVIL (1958).  Charlton Heston played the part.  I agree with Muller.

I think you know where I'm going with this.  The last time I saw an African American guest solo host on TCM was December of 2016.  Groundbreaking DAUGHTERS OF THE DUST film director Julie Dash hosted and she rocked. 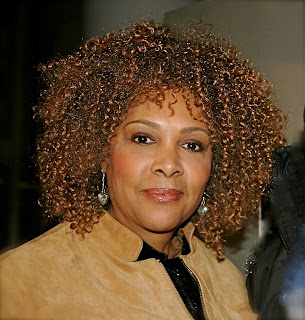 Last year, TCM hired New Yorker Tiffany Vazquez as its first Latinx host.  She was knowledgeable, warm, and -- to me -- a mighty fine weekend host.  But TCM did not renew her contract, apparently, after just one year.  Latina Tiffany Vazquez was replaced this year...by a white woman -- Australian Alicia Malone.

I know hipster Eddie Muller means well, but does he realize that TCM management did what he praised MGM for not doing when it cast the lead role in MYSTERY STREET?  TCM now has four full time hosts -- four Caucasian full time hosts.  Ben Mankiewicz, Eddie Muller, Dave Karger and Alicia Malone.  We haven't seen a black Guest Programmer so far this year.  In January, the prime time salute to African American filmmakers on the Martin Luther King holiday was Ben Mankiewicz.  Solo.  No African American guest co-host.

Just a couple of weeks ago, TCM held its successful annual film festival in Hollywood.  I was thrilled to see a lot of black folks in attendance in photos posted on Twitter.  But we black viewers have not seen much representation of ourselves in TCM segments since December 2016.  As I've written before...rarely are we the monthly Guest Programmer.  When "The Essentials" was a Saturday night prime time show hosted by Alec Baldwin, there never was an African American talent opposite Baldwin to co-host a film.

Many of us grew up seeing white men do the weekly film reviews on network morning news shows.  When Siskel & Ebert's popularity as a film review team become iconic, that opened the door for future film review duos on syndicated shows.  Again, they were all white males.  Ben Mankiewicz was one of those men.  Well-paid white guys telling me why I needed to see THE COLOR PURPLE, BOYZ N THE HOOD, THE HELP and 12 YEARS A SLAVE.  I started my TV career as a weekly film critic on the Milwaukee ABC affiliate.  I was on that channel, I did print reviews and, on an independent channel in Milwaukee, I was half of a film review team in the early 80s.  Little did my terrific partner and I know that we were breaking new race and gender ground in the area of film review teams on TV. 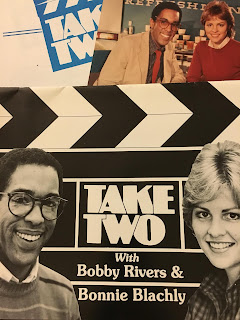 After my VH1 talk show host years, I was tapped to be on local news programs in New York City.  I always felt a wall go up when I sought to do film reviews in the studio at the desk.  I hit this wall all through the 90s.  I took it personally -- until I met and started talking to other black film critics in Manhattan.  And there were -- are -- plenty.  We all encountered friction when we wanted to do mainstream movie reviews on TV on a regular basis.  BUT...we were always contacted enthusiastically to go on the air when it was "politically correct."  And that was always for specialized segments -- like films to watch during Black History Month or films to check out regarding a specific topic reflecting  African Americans like the Civil Rights Era, slavery and Blaxploitation movies.  But when a new Steven Spielberg, Martin Scorcese, Mike Nichols, Wes Anderson or Pedro Almodóvar film came out, or a new movie starring Meryl Streep or Tom Hanks came out, we were not included in the film review discussion.

Remember when AMC was American Movie Classics and had hosts introducing the old movies?  Think of AMC as it was then.  How many of its hosts who talked about classic films were African American?  Think of all the film critics you've seen regularly on news programs and syndicated shows.  How many of them were African American?  It wasn't that we were not interested in the work or that we didn't have the skills.  We could not get into the auditions for those jobs.

If you say, "Bobby, YOU should be on TCM," that's very flattering.  But I am sure it won't happen.  TCM has been aware of me since 1999 when a TCM exec was in our Fox5 studio and watched my live -- and very lively -- interview of Tony Curtis on our GOOD DAY NEW YORK show.  How I loved being with Tony Curtis.  The screen legend was promoting his special interview with Robert Osborne premiering that week.  Back in 2007 when I worked on live morning radio with Whoopi Goldberg, TCM's Darcy Hettrich contacted me personally to help her book Whoopi as a Guest Programmer.  Darcy asked if I could put her in touch with Whoopi's management to make the request.  I told Darcy that the answer would be "yes" and I'd let her know the next morning what four films Whoopi wanted to introduce with Robert Osborne.

In the studio, I sat so close to Whoopi that we could have held hands during our on-air segments.  Whoopi's answer was "Yes!" and three of her film selections that I emailed to Darcy Hettrich were Cocteau's exquisite 1946 foreign classic BEAUTY AND THE BEAST along with FUNNY GIRL and THEY SHOOT HORSES, DON'T THEY?

By the way, Whoopi and I met in the late 80s when she was a guest on my VH1 talk show.  She contacted and hired me to be a regular on her weekday live national morning radio show because she specifically wanted a black contributor who knew classic films and could review new ones.  Whoopi Goldberg realized that "Representation Matters."  I am still grateful to her.  And she knew my history. Her radio bosses asked if I knew anything about movies. I pushed for a 2006 audition and sent her bosses this short reel of mine.
Representation Matters to me too and on those occasions when I've been allowed to talk movies on TV with guest, I pushed for gender/race diversity.
It's 2018.  American had its first black president in the White House and he served for two terms.  Two films that made international box office history this year are BLACK PANTHER and the current hit, AVENGERS: INFINITY WAR.  THE BLACK PANTHER gave us a black hero as the lead character and showed Africa as a continent rich with culture, knowledge, power and style. This was so refreshing and so significant just a few days after Trump had referred to Africa as...well, let's just say he put it in the same category as a latrine.  THE BLACK PANTHER was not only terrific action/adventure movie entertainment, it had a healing quality.  Millions of black kids who did not usually see reflections of themselves and the people they know in the movies felt gloriously represented.  They felt significant.

I've been a devoted TCM viewer since 1999.  The one thing I'd like to stress to TCM management is that the films in its library come in black and white and color.  Not just white.

The same applies to its audience.  Representation Matters.

One last thing: Last June, for Pride Month, openly gay host Dave Karger presented a TCM Spotlight on LGBT images.  With a guest co-host, he presented films featuring actors who were gay or films that had gay images.  That sort of thing.  As a gay man myself, I watched Karger's special month to see if there would be any African American representation.  There wasn't.  Karger also spotlighted films based on works by gay playwrights -- playwrights such as Tennessee Williams and Edward Albee.

He could have also shown A RAISIN IN THE SUN based on the groundbreaking Broadway play written by the African American playwright and lesbian activist, Lorraine Hansberry.  Hansberry also wrote the screenplay for the 1961 film version starring Sidney Poitier, Ruby Dee and Louis Gossett, Jr. -- stars of the original Broadway cast.  Not many black women were writing Hollywood screenplays in the 1960s.  THAT was major -- and gay history.