You saw the incident on the network news.  Two young black men, courteous and minding their own business, were removed from a Starbucks by cops because a white employee made a call and complained about them.  Starting this afternoon, May 29th, Starbucks will close more than 8,000 stores to provide anti-bias training to its employees.  Music artist, actor and activist Common was on GOOD MORNING AMERICA today.  He'll be seen in a corporate video during this Starbucks racial equality seminar. Hey, if Common's appearance makes the folks pay attention to the problem, I am all for it. 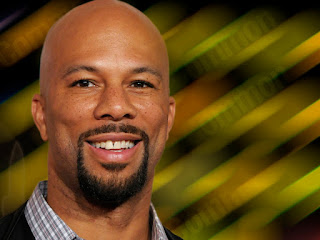 As Common mentioned on GMA today, black folks have been aware of this problem for a long, long time -- and I don't mean just the incident at Starbucks. 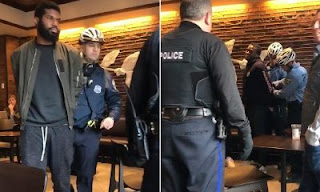 Personally, I think a lot of other businesses -- including local and network TV offices -- need to do the same exact thing that Starbucks is doing this afternoon. 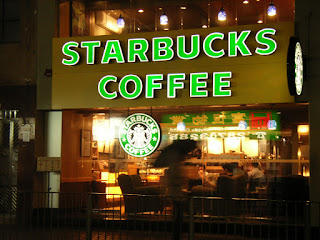 I've blogged about my encounter with cops.  My August 23rd post in 2014 was called "WWB: Walking White Black."

I took some vacation time during my years at Fox5 where I was a regular on the weekday live morning show, GOOD DAY NEW YORK.  I took time off to reunite and reconcile with my dad, whom I had not seen in 20 years after my parents divorced.  He was living in Seattle.  We'd exchanged letters and calls in which I kept requesting the visit.  So, in October of 1996, I flew out for 3 days and booked myself a room at Seattle's Four Seasons Hotel.  After Dad and I visited, I had an early afternoon flight back to New York.  In Seattle, a longtime buddy of mine worked as one of the best, award-winning reporters on Seattle TV news.  He was driving me to the airport so we could catch up before he went to work for the evening newscast.

I sat in a Starbucks-like coffee shop the hotel and read a copy of THE NEW YORK TIMES I'd purchased while having coffee and a bagel.  There wasn't a crowd and the clerk behind the counter struck up a conversation with me after he felt so bad about accidentally burning my bagel. He gave me another one on the house. I got an itemized receipt, as I usually do.  Itemized receipts have the time on them.  I left, with my newspaper and wearing business attire, to head back down the street to the hotel.  Three ... THREE ... Seattle cop cars pulled up alongside me and stopped.  Two cops approached me.  Why?  Because as one officer said, they'd gotten a report that "a black man with a newspaper had just robbed a bank" about 10 minutes earlier.  I wanted to ask if the bank robber was casually walking back to his room at the Four Seasons Hotel, but I didn't.

I told them I was going to open my bag to show them ID.  I had my photo work ID from Channel 5, my passport and my plane ticket.  And my hotel key.

That still was not enough.  Later, two other cops came up to my hotel room to make sure I didn't have a bag full of loot in my possession before having a local TV news reporter, in their minds apparently, act as my getaway man and drive me to the airport -- after I paid my Four Season Hotel bill and called my dad to say good-bye. I contained myself but, man, I was really angry.

This incident made the New York papers.

An incident with security guards who removed me from the location happened at the GOOD MORNING AMERICA studios when I was an ABC employee.  It was not as intense as the Seattle incident.  However, it was definitely a case of a white person making a false claim against a black person and the black person was dealt with strictly and with no questions asked.

I'll abbreviate the story because I want to add it to a book that I absolutely PRAY will get some book company interest.  I was hired by ABC News to be the weekly film critic on its ABC News production, a live weekday hour-long show that aired on Lifetime TV.  As with my Seattle visit, I had some days off. I'd been doing live local pre-dawn and early morning segments for years.  For once, I wanted to be in the audience and watch a show in progress. So, while at the ABC News job, I emailed GOOD MORNING AMERICA reservations to request a solo admittance (me) for one particular morning.  Pink would be performing and I am a major Pink fan.  I was put on the audience list.  Mind you.... I gave the info that I worked for the company with an on-air job and, of course, added my name to the audience request.

But to a young blonde production assistant, I was just another guy -- even though I told her my name and the name of the ABC News production I worked on.  She pulled me out of the audience to ask a question during a segment with a female sex therapist.  It was a fairly mainstream question about male menopause.  So I was cool with it. However, thirty seconds before airtime, she changed my question to one about.... well, the female G-spot.  Something in which I've had absolutely no interest.  I asked the question.  Someone in the control room recognized me from TV, and the blonde production assistant declared "I didn't know he was going to ask that question!"  She claimed that I had sabotaged the segment.

Two security men, each one the size of Thanos in the Marvel Comics universe, came to where I was standing in the audience again after the show had gone to a commercial break.  They took me by the arms and escorted me onto the sidewalk.  I never got to see Pink.  I was kicked out.

Months later, I was told by a GMA employee that the blonde production assistant got busted.  The blonde was part of 2-assistant team.  The other young woman who was with her didn't say much but she was present for every encounter with me.  She told her bosses that I was upfront with all my information, behaved accordingly, and asked the question the production assistant told me to ask after she changed my original question which was about male menopause.

But, at the moment I asked it, the word of a young blonde had power over the middle-aged black network employee. She lied.  I was physically removed from the premises by two security men.  This was back in the year 2000.  In that situation, I was invisible -- even though I worked on-air for the company -- and I was a second-class citizen, it seemed, to the young blonde who exercised an amount of white privilege.  I continued to work on the ABC News/Lifetime TV show as a film reviews/historian.  I never got an apology or any other kind of response.

I was at a Chritmastime party about six months later.  One of the GMA segment producers, a black woman, was also a guest at the party and recognized me.  She told me about what happened in the control room -- and the ultimate firing of the blonde assistant after her lie had been revealed.

Yes, I am glad Starbucks is closing this afternoon for a corporate seminar on the importance of anti-bias behavior in its workplace.  Other companies need to do the same thing.

As for that ABC News/Lifetime TV job, I had to push and push for an audition.  Network news producers were not sure if I knew anything about films. I got the job and I was one of the few African Americans ever seen reviewing movies regularly on a live network news production.  African Americans reviewing new movies and discussing classic films are still a rare sight on network TV news programs.